And do you know the prayers this visitor taught them?

You may know that today is the 105th anniversary of the first apparition of Our Lady of Fatima on May 13th, 1917.

But did you know that—prior to Our Lady—the three shepherd children received another heavenly visitor?

The story of this visitor begins in 1915, when Lucia and some local girls who were shepherding with her saw a strange figure, like a “statue made of snow,” in the air above the trees. The figure did not speak to them or identify himself. They would see him in this way two more times.

In 1916, the angel appeared in a more distinctive form to Lucia and to her two cousins, Jacinta and Francisco, who had become her regular shepherding companions. He appeared as a young man, radiant and of great beauty, and called himself the Angel of Peace. He asked the children to pray with him and, bowing with his forehead to the ground, told them to repeat three times:

“My God, I believe, I adore, I hope, and I love You! I ask pardon for all those who do not believe, do not adore, do not hope, and do not love You.”

The Angel would visit twice more.

During the second visit, he called himself the Angel Guardian of Portugal. He spoke to the children of the value of sacrifice and encouraged them to make as many sacrifices as they could in reparation to God and for the conversion of sinners.

A statue in Fatima of the angel and the children (photo: Castinçal/CC BY-SA 3.0)

The third visit was perhaps the most extraordinary. The Angel appeared with a chalice in his hands over which the sacred Host was suspended. He left the chalice suspended in the air and knelt down beside the children, again instructing them to say three times:

“Most Holy Trinity, Father, Son, and Holy Spirit, I adore You profoundly, and I offer You the Most Precious Body, Blood, Soul, and Divinity of Jesus Christ, present in all the Tabernacles of the world, in reparation for all the outrages, sacrileges, and indifference by which He is offended. And, through the infinite merits of His Most Sacred Heart, and the Immaculate Heart of Mary, I beg of You the conversion of poor sinners.”

The Angel then gave Communion to the children, urging them again to make reparation to God for the sins of men. He then prostrated himself before the Blessed Sacrament and repeated the prayer three times with the young shepherds.

Based on the titles that he applied to himself, it is believed that this Angel was none other than St. Michael the Archangel himself.

Pray, pray very much! said the Angel during his second visit. He was speaking not only to Lucia, Jacinta, and Francisco, but to us as well. Remind yourself to pray always with our exclusive Fatima Pearl Rosary Bracelet, a beautiful and wearable reminder both to pray the Rosary daily and to offer up the prayers of reparation taught by the Angel. Available today at The Catholic Company! 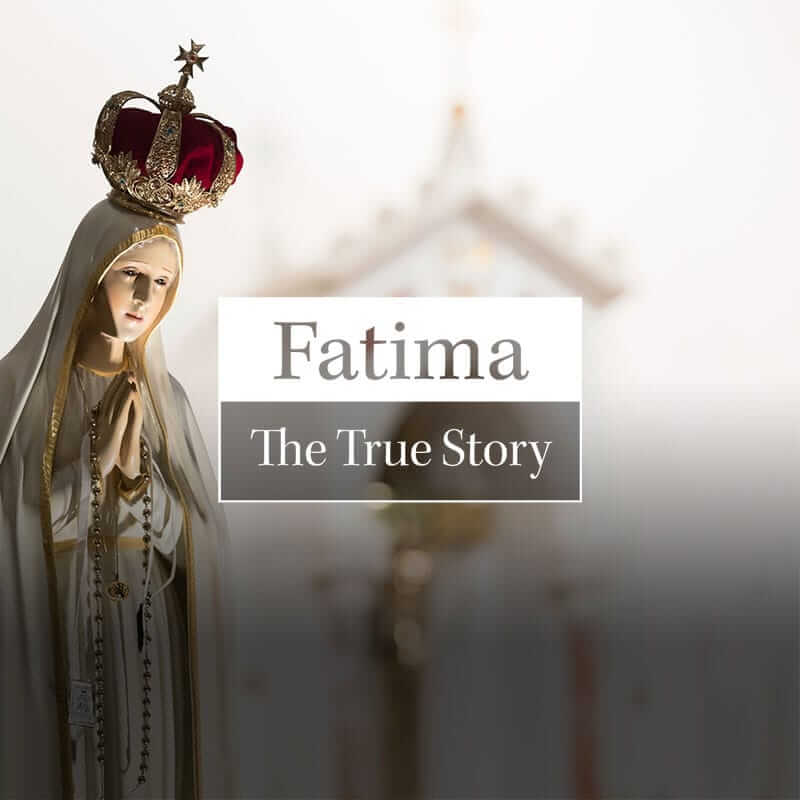 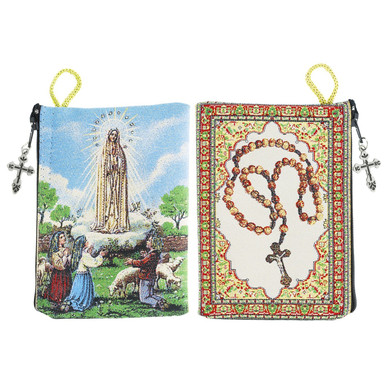 Our Lady of Fatima Rosary Pouch