Did the Church punish Galileo?

If the Catholic Church affirms science, why was Galileo punished?

Galileo was criticized by many people when he began to publicize his research on heliocentrism, which explains how the earth revolves around the sun.

In his book Why We’re Catholic: Our Questions for Faith, Hope, and Love, Catholic Answers apologist Trent Horn describes what really happened. Citing the Stanford Encyclopedia of Philosophy, Trent Horn shows that, at this point in history, the Church did not have an official position for or against heliocentrism.

Moreover, our Good Catholic Series We Believe explains how heliocentrism was first introduced by Nicholas Copernicus, a Polish scientist who may have been a priest. The Copernican model was not banned or forbidden by the Church. It had even been suggested a century prior by Nicolas of Cusa, a Catholic cardinal. Many Jesuit scholars promoted Copernicus’s ideas and sought to understand them better.

Nonetheless, when Galileo championed heliocentrism, this theory was still an unproven hypothesis at this point in history. There is no doubt that Galileo’s work has contributed greatly to the fields of astronomy and physics, but his insistence on promoting the yet-unproven heliocentric model as a fact (when it had not yet been “proven”) led to his conflict with the Church.

Despite popular theory, Galileo was never tortured. However, since he belligerently refused to admit that his theory was still an unproven hypothesis and made trouble about it for everyone else, he was rebuked and placed under house arrest. Other scientists, who didn’t insist on an unproven hypothesis, were free to write on the very same theory!

Galileo’s “imprisonment” in the palace of the Holy Office lasted three days [after the trial]…he was then moved to a rich villa and from there to comfortable quarters belonging to a friend in Siena. Finally, in December 1633, he was allowed to return to his own villa near Florence. There he spent the remaining years of his life, receiving visitors, studying, teaching, and writing books.

The Catholic Church, who has always been the advocate and promoter of good science, teaches that the scientific method helps us better understand the world God created and advance our knowledge of the physical earth. But the Church is very careful about promoting theories that have not been “proven.” If She weren’t so cautious, the Church might have ended up promoting theories that were later disproven by scientific advancements.

If you’re used to facing attacks from non-Catholics who have a skewed perception of Church history and teaching, Our Good Catholic Series We Believe is the perfect guide for you! is the perfect guide for you! This series answers the most complex questions about the role of faith and science, the logic behind fundamental Catholic teachings, and more to help you understand what we believe and why we believe it. Buy it here.

Why We’re Catholic – Our Reasons for Faith, Hope, and Love 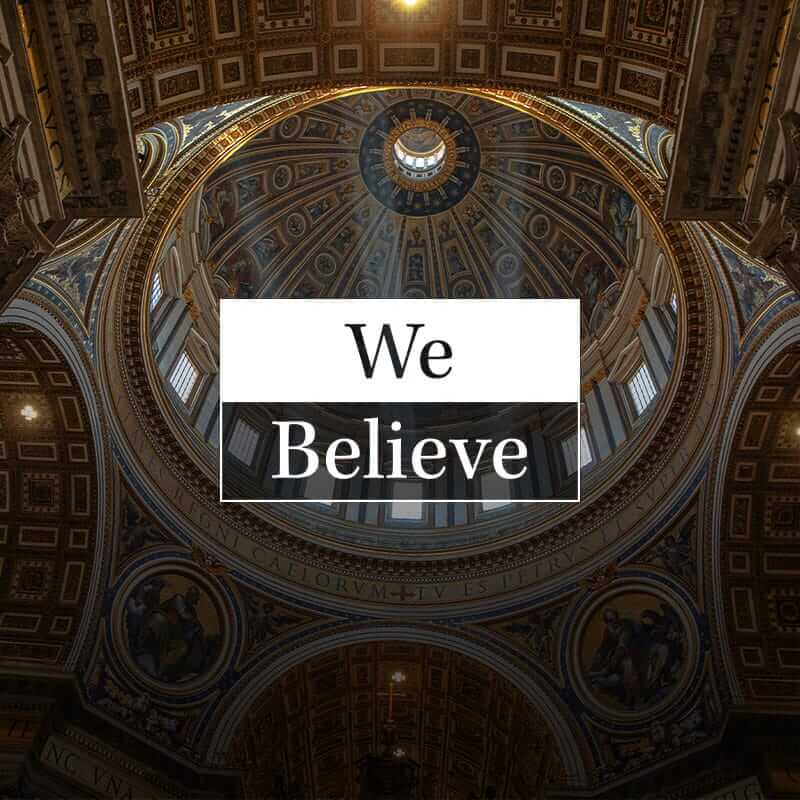 Storm on the Sea of Galilee Ceramic Tile