Did you know there are flowers named after Our Lady?

Perhaps you or someone you know cultivates a “Mary Garden.” Did you know that there are flowers named in Our Lady’s honor?

During medieval times, Catholics often honored the Blessed Mother through planting a Mary Garden at their homes or on parish grounds. These medieval gardens would often include shrubs, herbs, and flowers that represented the Blessed Mother and events from her life. Many plants had Marian names in honor of her life and glorious virtues.

For example, columbines were once called “Our Lady’s Shoes” because a legend said that, on her way to visit her cousin Elizabeth after the Annunciation, these flowers sprang up along Mary’s path.

Bluebells were once known as “Our Lady’s Thimbles” in honor of Mary’s role as a mother and homemaker.

Violets were called “Our Lady’s Modesty,” because a story said that violets blossomed when the Blessed Mother told the Angel Gabriel, “Behold, I am the handmaid of the Lord. Be it done to me according to thy word.”

Hostas used to be called “Assumption Lilies.” In late summer, a tall, thin stalk emerges from this plant’s leaves and unfolds into a beautiful and intricate flower. This natural occurrence reminds us of Our Lady’s Assumption into Heaven, which we celebrate around the same time this flower blooms, August 15.

While many of these plants have new names, some continue to bear their Marian titles. For instance, marigolds get their name from the phrase “Mary’s Gold,” in honor of Our Blessed Mother.

Creating a Marian garden is a centuries-old tradition in the Church. You, too, can participate in this special practice to honor Our Lady. The Catholic Company sells dozens of Catholic statues for your garden, including Marian statues, which you can purchase here. 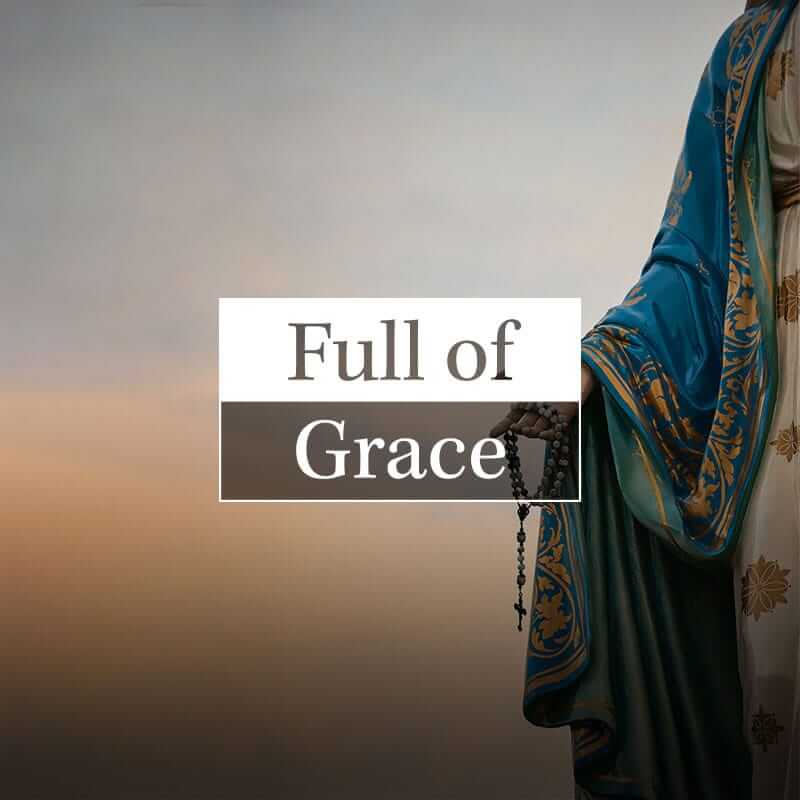