How old is Gregorian chant?

When you hear or sing the ethereal chant of the Western Catholic liturgy, you are immersing yourself in a tradition that is centuries upon centuries old.

To give you a quick idea of how old Gregorian chant is: it was named for Pope St. Gregory the Great, who died in 604 A.D. That was more than 1,400 years ago.

Liturgical singing goes back even further, to the earliest centuries of the Church. A basic collection of chants developed in the West during the 3rd and 4th centuries, used in both the liturgy and Divine Office. By the 6th century, various regional chant traditions had developed, such as Celtic chant in the British Isles, Gallican chant in Gaul, Mozarabic chant in Spain, and Old Roman chant.

In the 500s, Pope Gregory I revised and reformed the Roman liturgy. As part of this reform, he organized and revised the various chant traditions and assigned different chants to particular parts of the Mass throughout the liturgical year.

Major developments occurred during the time of Charlemagne in the 8th through 9th centuries, when Roman chant came to Gaul and fused with the local Gallican chant traditions. This chant spread rapidly, and over the next few centuries, Gregorian chant would become the main mode of chant throughout the West. Written notation appeared in the 10th through 11th centuries.

Perhaps some of the most significant contributions in recent times were those made by the Benedictines of Solesmes, who re-established monastic life in post-Revolution France and revived the use of Gregorian chant. The Liber Usalis—the most common collection of Gregorian chants you’ll find today—is the work of Solesmes.

Pope Pius X further reiterated the importance of Gregorian chant in his motu proprio Tra le sollecitudini, and Vatican II—while allowing for the use of other types of liturgical music—reaffirmed that Gregorian chant is “specially suited to the Roman liturgy” and hence is to be given “pride of place” (Sacrosanctum Concilium).

Many parishes have incorporated this beautiful music into their weekly liturgies, so you may have a chance to experience it at a church near you. You can also bring the ancient chants of the Church into your own home. Here at The Catholic Company, we offer a 2-CD collection from those masters of chant: the Benedictines of Solesmes. Pick yours up today! Best Of The Monks Of Solesmes-2 CD Set-Gregorian Chant 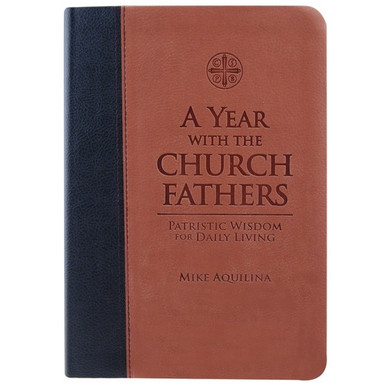 A Year with the Church Fathers – Patristic Wisdom For Daily Living