In the Cathedral of Barcelona hangs a crucifix with a story to tell.

If you’re a regular Get Fed reader, you probably know the story of the Battle of Lepanto. In 1571, as the Christian West was faced with the imminent threat of the Ottoman Turks, Our Lady won a decisive naval victory for the Christians through the agency of her Holy Rosary. The victory formed the origin for the Feast of the Holy Rosary, celebrated every year on the anniversary of the battle on October 7th.

There is a crucifix with a fascinating connection to this battle in the Chapel of the Holy Sacrament in the Cathedral of Barcelona, Spain.

According to legend, this very crucifix—called the Holy Christ of Lepanto—hung on the ship of Don Juan of Austria, the commander of the Christian fleet. It is a beautiful piece of art, made of dark wood and decorated with gold details. A lovely statue of Our Lady of Sorrows rests at its foot. You can see a picture of the crucifix here.

But there is something odd about the appearance of this crucifix. The corpus is bent at a strange angle, curving unnaturally to its right. Was it made this way, or did something happen to it?

Rewind to October 7th, 1571. The Battle of Lepanto is raging, the ships are engaged in fearsome fighting, cannonballs and gunshots from both sides are blasting and whirring all around. In the midst of it all, a Turkish cannonball is headed straight for the crucifix on Don Juan’s ship—but the corpus shifts to avoid the shot! Another version of the story says that Our Lord moved in order to cover a hole blasted in the ship and prevent water from flooding and possibly sinking the ship.

The corpus has remained in its bent position ever since.

You can read more about the incredible Battle of Lepanto in 10 Wonders of the Rosary, a captivating book about ten of the amazing feats Our Lady has accomplished through the power of the Rosary. Written by Fr. Donald Calloway—whose inspiring conversion is credited to Our Lady—you won’t be able to put this book down. Pick yours up at The Catholic Company today! 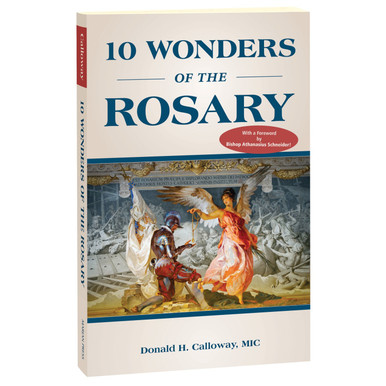 10 Wonders of the Rosary 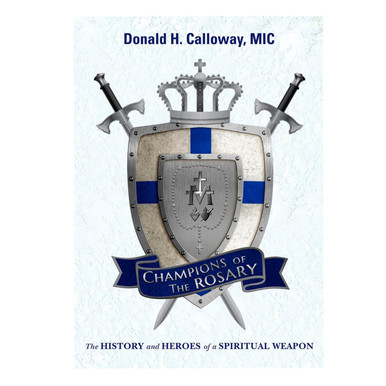