As we approach the Third Sunday of Lent, we contemplate the beautiful words our dying Lord spoke to His Mother and to St. John the beloved disciple, in whose Gospel these words are found.

Let’s examine each of these words carefully.

It might seem strange that Jesus calls His Mother “Woman,” which, to our ears, sounds rather disrespectful. But in Jewish culture at the time, “woman” was actually a dignified form of address, conveying honor and respect.

Moreover, let’s think about where else in Scripture we’ve heard someone called “woman.” Genesis 3:15 springs instantly to mind, where God curses the serpent for his deception:

“I will put enmity between you and the woman, and between your seed and her seed…”

God is proximately referring to Eve, whom the serpent deceived; but more importantly, He is referencing Our Lady, whose seed—Jesus Christ—will destroy the power of the serpent. So when Christ calls His Mother “Woman,” He is evoking her role as the new Eve, through whom the promise of a Redeemer is fulfilled.

With these words, Jesus is referring not only to St. John, but to all of us.

The timing of this address is critical. Remember that Our Lord is dying. He says these words as He is literally being sacrificed for our redemption. He speaks as He is opening the doors of the Kingdom, as He is making us sons of God again.

It is as though He is saying to His Mother:

“Now at last is the moment of redemption. Behold, I bring you mankind, cleansed and redeemed. Behold your son, fit once again to be called such.”

In a concurrent way, He is also referencing mankind’s newfound unity with Himself. The Church is His Mystical Body, made so through His suffering and death; and just as Our Lady is His Mother, so is she the Mother of His members.

By addressing both His Mother and St. John (that is, us) Jesus is not just assigning titles. He is establishing a relationship. We are Mary’s children now. She is truly our Mother. She will care for us, teach us, and protect us as we grow spiritually and journey towards Heaven.

But a relationship goes two ways. We can’t call Mary our Mother and then treat her as an afterthought. Rather, we are called to love and honor her. Bring her your joys, sorrows, and problems. Ask her for guidance and wisdom in every path you take. Thank her for her unending “yes” to God. And now and then, just tell her you love her.

A wonderful way to honor our Sorrowful Mother—especially during this time of Lent—is the Chaplet of the Seven Sorrows, a devotion nearly eight hundred years old. This beautiful black wooden Chaplet, with medals illustrating each of the Sorrows, will assist you in meditating upon the sufferings our Mother endured for us. Available today at The Catholic Company! 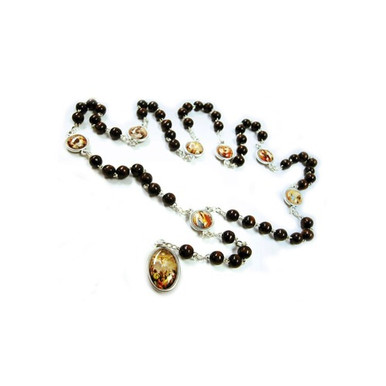 Chaplet of The Seven Sorrows 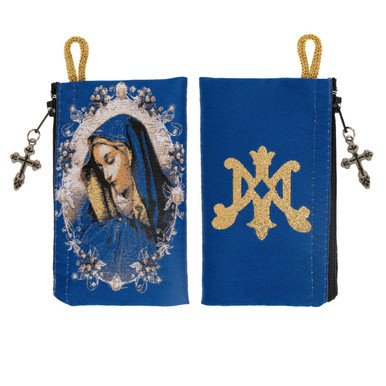 Our Lady of Sorrows Rosary Pouch 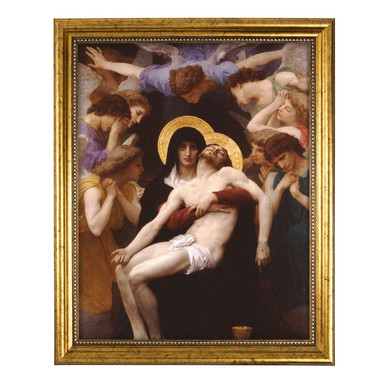