What happened to St. Peter’s bones?

Did you know that St. Peter’s bones were believed to be lost in history, until a recent discovery showed otherwise?

Before the twentieth century, the only record we had of St. Peter’s death was a letter from Pope Clement I. According to this letter, St. Peter was crucified under Emperor Nero in Rome and buried on Vatican Hill. After that point, we had no other evidence about the final days of St. Peter and what happened to his remains.

According to tradition, Constantine the Great built a basilica on top of what was believed to be St. Peter’s resting place on Vatican Hill. That basilica was known as “Old St. Peter’s Basilica,” and was ransacked by Saracens in 846 after Charlemagne was crowned emperor of the Holy Roman Empire. In the 1600s, after the new St. Peter’s Basilica was constructed, the Church conducted secret excavations to try to find St. Peter’s remains, but they only found what looked like pagan graves and gave up the search.

Fast forward to 1939. Crews began excavating a tomb for Pope Pius XI, who had just died and wanted to be buried underneath St. Peter’s Basilica. As the excavators were preparing his tomb, they discovered an ancient shrine underneath the basilica with murals, passageways, altars, and more. When the newly elected Pope Pius XII heard about the discovery, unlike his predecessors in the seventeenth century, he decided to press on with the excavations.

Over the next few years, Monsignor Ludwig Kaas led an extensive excavation and in 1942, the team discovered some relics in a tomb in the shrine. Believing these relics were those of St. Peter, but concerned the bones would not be venerated properly in the midst of World War II, Monsignor Kaas secretly had these relics hidden for safekeeping.

After Monsignor Kaas died, Professor Margherita Guarducci, an Italian archaeologist, took over the project. The bones Monsignor Kass had discovered had largely been forgotten unil, in 1953, Professor Guarducci noticed a strange hole in the wall of the tomb and asked a workman who had known Kass about it. The workman told her about the bones Kaas found there and how secretly they had been hidden. Curious, Guarducci requested that the bones be taken out of storage and thoroughly examined.

After years of research, Guarducci concluded these bones belonged to St. Peter, and she reported her findings to Pope Paul VI, who announced the discovery of the relics in 1968. It took nearly two millennia, but at last the Church could confirm that Peter’s final resting place is indeed beneath the basilica that bears his name.

To discover the details of this extraordinary archaeological discovery, check out John O’Neill’s The Fisherman’s Tomb, sold here. 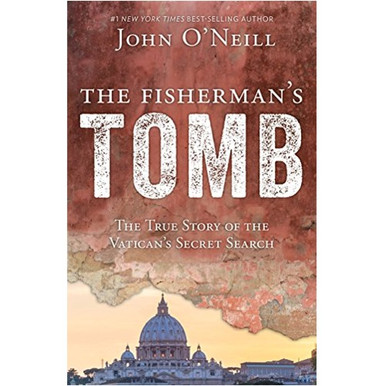 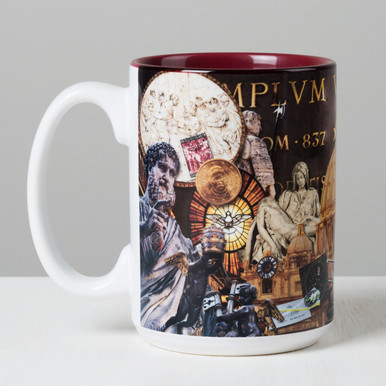