Which future pope spent time as a POW?

The Ratzinger family had always stood against the Nazis.

Joseph knew he’d be in trouble if someone found out he’d deserted.

He and his brother Georg had no interest in fighting for the German cause, and their family was firmly anti-Nazi. But like so many other young men in Germany at that time, the two brothers were drafted into the army. Joseph was only eighteen. He never saw combat, and as the war was clearly drawing to a close with the Americans on their way through Germany, he deserted from his unit and returned to his family’s farmhouse in Traunstein.

It was a dangerous move. Deserters could be executed on the spot. But the soldiers who stopped him were sympathetic and sent him on his way.

The Americans came soon after Joseph arrived home and they established headquarters in the farmhouse. Finding out Joseph was a soldier, they marched him along with thousands of others to a POW camp. Providentially, the future Pope Benedict XVI was released with the ending of the war in the summer. He and his brother entered seminary that fall and were ordained in 1951.

This was only the beginning of Joseph Ratzinger’s incredible, courageous, unforgettable life. As we mourn his loss today, we also give thanks to God for everything He gave us through Joseph’s ministry as a priest, bishop, cardinal, and pope. He stands as one of the greatest theologians and scholars of his time, and his thought and legacy will continue to shape and guide the Church even as she endures his passing. Please join us in praying for the peaceful repose of the soul of Pope Benedict XVI:

O God, Who, in Thine ineffable providence, didst will that Thy servant Pope Benedict should be numbered among the high priests, grant, we beseech Thee, that he, who on earth held the place of Thine only-begotten Son, may be joined forevermore to the fellowship of Thy holy pontiffs. Through the same Jesus Christ, Thy Son, Who liveth and reigneth with Thee in the unity of the Holy Ghost, God, world without end. Amen. —Prayer for a deceased pope, from the Roman Missal 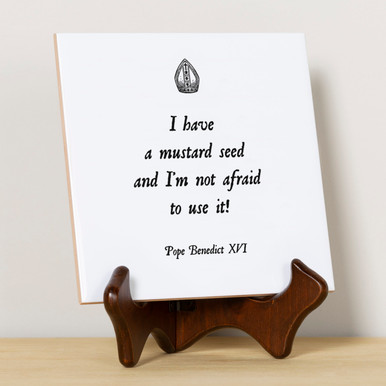 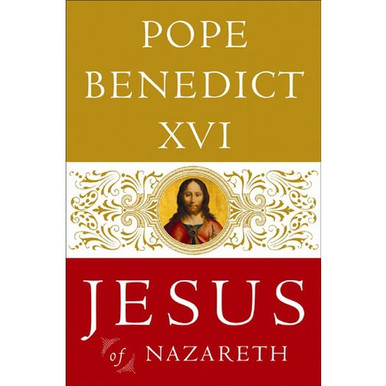 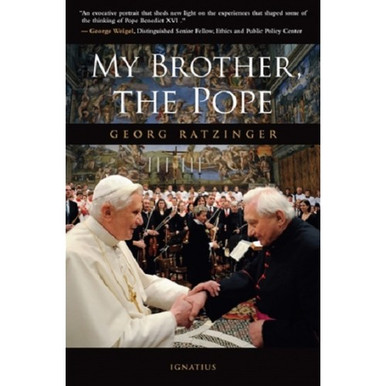 My Brother, the Pope 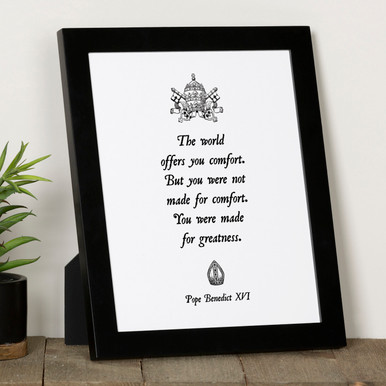