“Greater love has no man than this, that a man lay down his life for his friends.” (John 15:13) St. Vincent Strambi lived these words to the full.

The Holy Church faced critical times during the winter of 1823. Revolutions riddled Europe; new political and social orders were rising; secret societies, hostile to the Faith, were expanding rapidly; and now, in the middle of it all, the Holy Father lay dying.

Leo XII had always been weak in health, it was true, but this illness was worse than anything he had suffered before. The faithful went about with solemn faces, breathing fervent prayers for the pope throughout the day.

Down in the city, a Passionist priest grieved for the pope’s condition. His name was Vincent Strambi.

Vincent had been called to the priesthood at the young age of fifteen years. After the death of St. Paul of the Cross, founder of the Passionists, Vincent had been entrusted with the care of the order. Most recently, he had served for over twenty years as the bishop of Tolentine; upon his resigning the bishopric in 1823, Leo XII called him to Rome to act as a papal advisor.

Already, Vincent had become close friends with the Holy Father. When he heard of the pope’s perilous condition, a prayer went out from his heart:

“Lord, take your humble servant. Do not call the Holy Father unto You yet; take my life in his stead. Holy Mother, accept this sacrifice.”

On Christmas Eve, Leo XII became much better. Christmas celebrations redoubled with the joy of the pope’s imminent recovery.

The holy Passionist suffered a stroke; one week after the pope’s health improved, Vincent gave up his earthly life.

Not all of us are called to offer our lives in the way that St. Vincent did, but we all are called to a life of sacrifice. St. Thérèse knew that the smallest sacrifices offered with love are immensely valuable in the eyes of God. She would carry around a string of beads to count the little sacrifices she made every day. Embrace the spirit of St. Vincent and St. Thérèse with our St. Thérèse Sacrifice Bead Tenner, composed of lovely Czech glass beads and finished with a medal of St. Thérèse that can be personalized. The perfect way to bring a spirit of love and sacrifice into your everyday life. Available today at The Catholic Company! 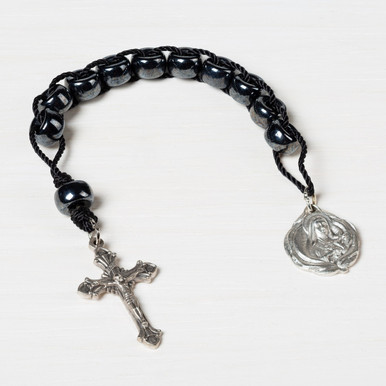 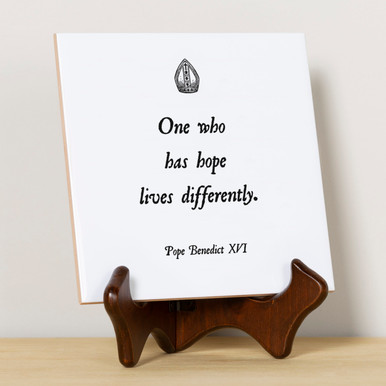 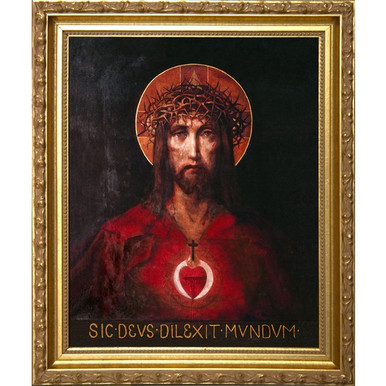 For God So Loved the World in Gold Ornate Frame