Who are the patron saints of each military branch?

Be sure to ask these saints to protect your friends and family serving in the military!

Did you know that there are quite a few saints associated with the military? Some saints are general military patrons, some are specific to a branch, and some have even gained associations with a particular job within the military.

St. Michael the Archangel is patron of the military in general. Being an archangel, he is particularly honored by the Air Force and airborne divisions of the ground troops. Army paratroopers of the 82nd Airborne Division in Fort Bragg, NC, complete the “St. Michael’s Jump” every year in honor of their patron saint.

St. Sebastian, a Roman soldier, was particularly courageous, tough, and hard to kill. This Christian soldier became a captain in the Praetorian Guard, the emperor’s personal bodyguard. When Emperor Diocletian discovered Sebastian’s faith, he ordered him to be pierced with arrows, but incredibly, this didn’t kill him! Sebastian returned to challenge the Emperor for his cruelty to the Christians, at which point he was cudgeled to death.

St. Maurice was a Roman soldier from Egypt who eventually led the entire Theban Legion. He and his men were all Christians, and were martyred together when they refused to worship the Roman gods. St. Maurice is particularly honored by infantry units.

Servant of God Emil Kapaun was a U.S. Army chaplain who gave his life in the service of his fellow-soldiers when they were captured by Chinese forces in the Korean War. He died in a prison camp in 1951 and was posthumously awarded the Medal of Honor. His body was identified just this year and returned to his home state of Kansas.

Other soldier saints include St. Martin of Tours—whose feast just happens to be today!—St. Joan of Arc, St. George, St. Ignatius of Loyola, and St. John of Capistrano.

The virgin-martyr St. Barbara is the patroness of both Army and Marine artillerymen. Her own father martyred her out of hatred for her Christian faith, and legend says that lightning struck him as divine punishment—hence the connection to artillery.

Another Medal of Honor recipient, Servant of God Vincent Capodanno, was a Marine chaplain who was killed in action in the Vietnam War. Stay tuned for a future Get Fed on his story!

St. Joseph of Cupertino is a patron saint of aviators because of his habit of levitating during prayer! Our Lady of Loreto is also the patroness of aviation and air travelers, since it is said that the Holy House of Loreto—the Holy Family’s home—was carried by angels to Italy.

St. Brendan the Navigator was a 5th-6th century Irish monk who traveled by sea to spread the Faith and monasticism in other lands. He is the hero of the early medieval legend The Voyage of St. Brendan, in which he and his companions embark on an epic sea adventure to find a promised land of the saints.

These are just a few of the great saints who take care of our men and women in the military. The Catholic Company has many gifts geared to service members, such as this St. Michael medal that comes with the insignia of any military branch. We also have a wide selection of saints’ medals if your servicemember has a particular patron. Perfect Christmas gifts! Order yours today! 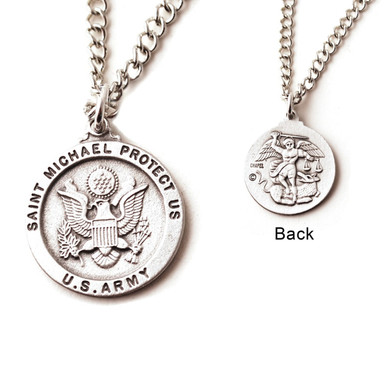 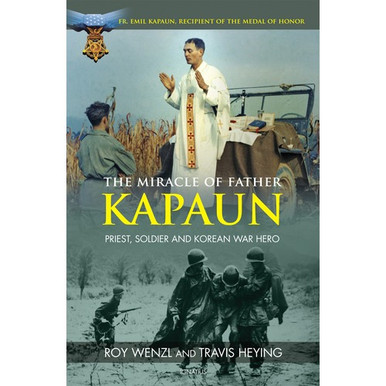 The Miracle of Father Kapaun (Book)