…and how did he gain this patronage?

Every year, on January 20th, we celebrate the feast of that great warrior of the Faith: St. Sebastian.

He also used his position in the Praetorian Guard to minister to the Christians suffering under persecution.

Diocletian eventually found out about Captain Sebastian’s faith, and ordered him to be shot with arrows. It is in this condition that we always see him depicted.

But it would take more than a few arrows to bring down the gritty Sebastian.

He survived the ordeal and was nursed back to health by a generous Christian widow.

Then—fearless and unflappable as ever—he marched straight back to Diocletian and upbraided him for his cruelty to the Christians.

The Emperor, shocked that Sebastian was still alive, had him beaten to death.

Because of his status as a soldier, his bravery, and his hard-as-nails fortitude, St. Sebastian has become one of the patron saints of soldiers.

But his incredible endurance gained him another patronage: that of athletes! Catholic athletes the world over now call on Sebastian when they need a bit of that same endurance to get through a tough race or push themselves just a little farther.

Speaking of athletics and such, a sturdy water bottle is essential, whether you’re an avid sportster or a casual jogger. Our personalized, fiery-red insulated water bottle, featuring a quote from Isaiah, will give you both hydration and inspiration: “They will run and not grow weary.” A perfect gift for yourself or a special athlete in your life. Available today at The Catholic Company! 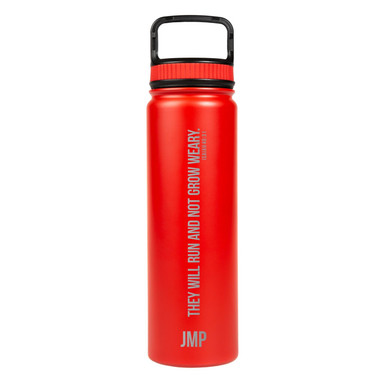 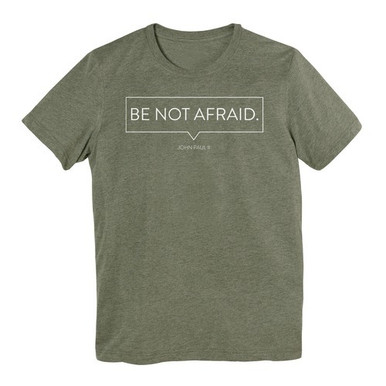 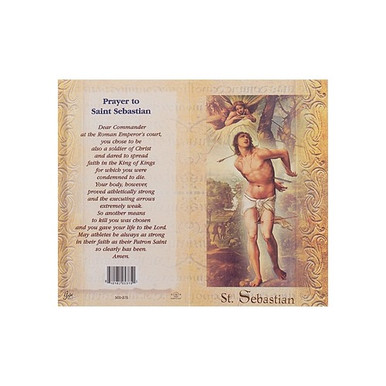