Why is the sanctuary hidden in Eastern churches?

The “iconostasis” is a central feature of Eastern churches. But what does it symbolize?

When you walk into any Byzantine Catholic church, you’ll immediately see something you might not have been expecting (if you’re a Westerner). You will also not see something significant.

In a church, we usually first look for the sanctuary, where the altar and tabernacle are situated. In Western churches, you’ll be able to see it easily.

But in an Eastern church, you might not. Impeding your vision is a large barrier, beautiful to behold. Maybe it is covered in ornate gold decorations. It might be several levels or “tiers” high. It might go all the way up to the ceiling.

Upon it are icons depicting Christ, Our Lady, the saints, and the angels.

This is called the “iconostasis”—or icon screen. It is ostensibly a divider between the people and the sanctuary, where the Holy Sacrifice takes place. The arrangement recalls the architecture of Jewish temples, where the place of sacrifice, the Holy of Holies, was set apart by a veil.

The veiled nature of the Byzantine sanctuary emphasizes that the church is a sacred place—it is a strong and visible reminder that God is present, and of the holiness of the great Sacrifice that takes place behind the iconostasis. It is one of many elements in the Byzantine liturgy that bring into sharp focus the mystical nature of our faith.

Far from “dividing,” this separator is actually meant to unite: to unite earth and Heaven, God and man, to unite the prayers and supplications of the sacred ministers and the people. It is a bridge between the human and the divine. Its otherworldly beauty invites us into the heavenly realm, reminding us that something divine is going on beyond the exterior appearances.

The iconostasis is arranged in “tiers,” which can number anywhere from one to five or more. In the center of the first tier are the “Royal Doors,” through which the celebrants of the Divine Liturgy pass into and out of the sanctuary. Only priests and those directly assisting them during the Liturgy are allowed to use these; at other times the deacons use the “Deacon Doors” on the left and right.

Icons of Our Lord and Our Lady are always found to the right and left of the Royal Doors, and the Annunciation is often depicted upon them. There is a great deal of variety as regards the other icons, but often you’ll see depictions of the Twelve Apostles, the Archangels, the church’s patron saints, St. Lawrence, St. Stephen, St. John the Baptist, the Patriarchs of the Old Testament, and the Twelve Great Feasts of the Eastern Church.

These icons serve to draw worshipers into the contemplation of the great mysteries of salvation history, and to consider the example and virtues of our forebears in the Faith.

Bring the incredible art of the Byzantine Church into your life with our bestselling Holy Eucharist Icon Cross. With a beautiful depiction of the Blessed Sacrament in the center, surrounded by illustrations of the Last Supper, the angels, and Christ in Majesty (Christ Pantokrator), this piece will bring the sense of the sacred to your domestic church. Available today at The Catholic Company! 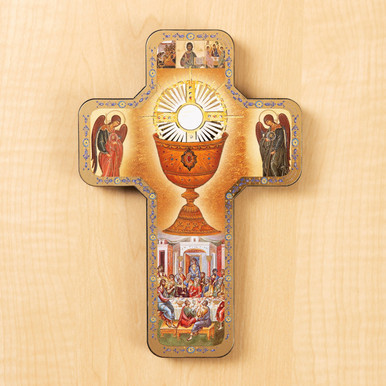 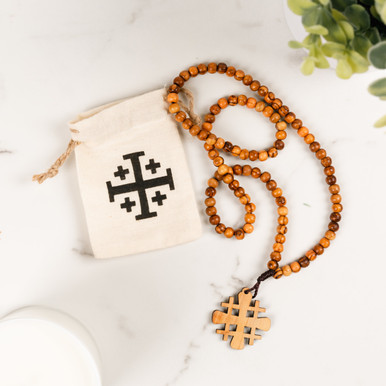 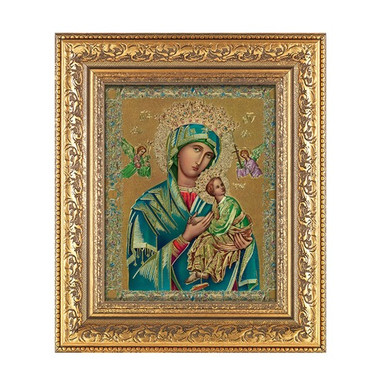 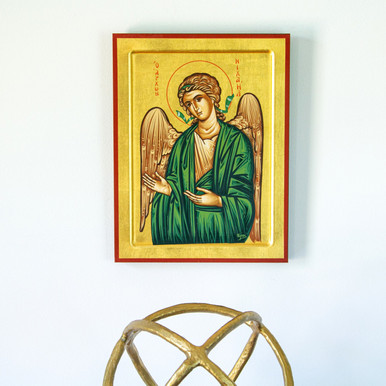