Have you ever heard the terms "First Friday" and "First Saturday" thrown around in Catholic circles, without knowing why there was something special about these particular days at the start of each month?

The devotions are similar in that they call on the faithful to "stand in the gap" by doing penance for sinners, and both give a special promise of Divine assistance at the hour of death, that is, the promise of dying in a state of grace and therefore obtaining heaven. 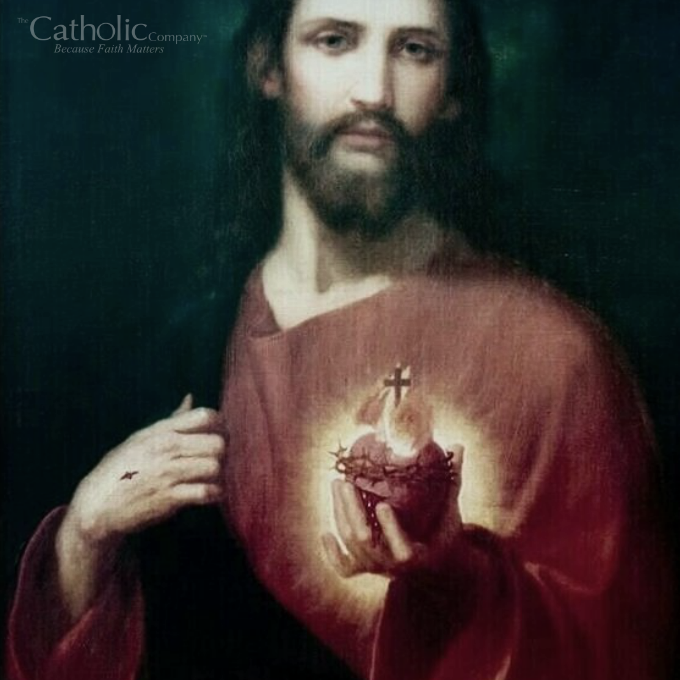 Nine consecutive Fridays in reparation to the Sacred Heart of Jesus

Our Lord appeared to St. Margaret Mary Alocoque (1647-1690), a French nun in the Visitation Order, and gave her the special task to spread devotion to His Most Sacred Heart at a time when religion was growing cold in the hearts of mankind.

He said to her:

"Behold this heart which, not withstanding the burning love for men with which it is consumed and exhausted, meets with no other return from most Christians than sacrilege, contempt, indifference and ingratitude, even in the sacrament of my love [the Eucharist]. But what pierces my heart most deeply is that I am subjected to these insults by persons especially consecrated to my service."

Jesus asked for special prayers and practices to make amends (reparation) for this great neglect to the proper reverence owed to God. For those who did this faithfully, he made what St. Margaret Mary referred to as the "Great Promise" which was the last and greatest of the Twelve Promises of the Sacred Heart of Jesus.

"I promise you in the unfath­omable mercy of my heart that my omnipotent love will procure the grace of final penitence for all those who receive communion on nine successive first Fridays of the month; they will not die in my disfavor [the grace of final repentance], or without having received the sacraments, since my divine heart will be their sure refuge in the last moments of their life."

The specific conditions to receive the Great Promise of the Sacred Heart of Jesus are:

1. Receive Holy Communion on nine consecutive first Fridays of the month (this assumes that the person is in a state of grace, having made a sacramental confession for any mortal sins prior to receiving communion).

2. Having the intention, at least implicitly, of making reparation to the Sacred Heart of Jesus for all the sinfulness and ingratitude of men. 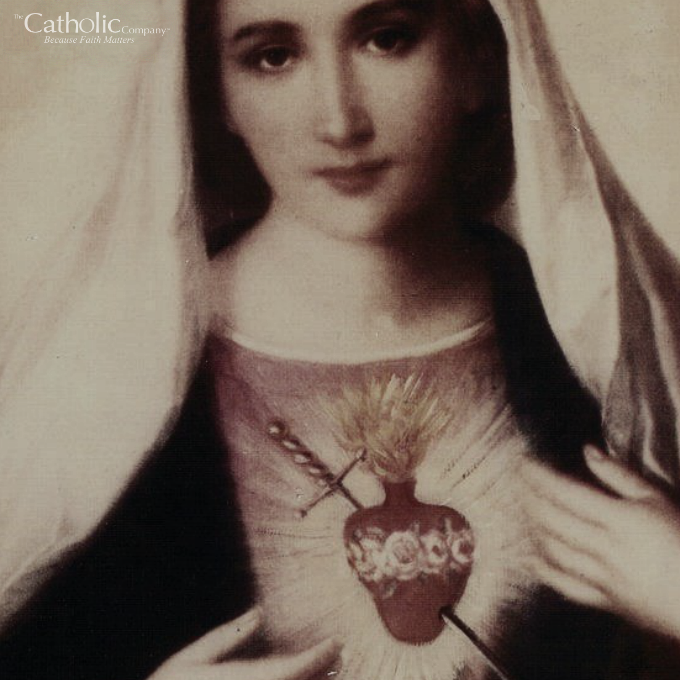 Five consecutive Saturdays in reparation to the Immaculate Heart of Mary

The practice of the First Saturday devotion was requested by Our Lady of Fatima, who appeared to three shepherd children in Fatima, Portugal, multiple times starting in 1917.

She said to Lucia, the oldest of the three children:

“I shall come to ask . . . that on the First Saturday of every month, Communions of reparation be made in atonement for the sins of the world.”

Years later she repeated her request to Sr. Lucia, the only one still living of the three young Fatima seers, while she was a postulant sister living in a convent in Spain:

"Look, my daughter, at my Heart, surrounded with thorns with which ungrateful men pierce me at very moment by their blasphemies and ingratitude. You at least try to console me, and say that I promise to assist at the hour of death, with the graces necessary for salvation, all those who, on the first Saturday of five consecutive months, shall confess, receive Holy Communion, recite five decades of the rosary, and keep me company for 15 minutes while meditating on the 15 mysteries of the rosary, with the intention of making reparation to me.”

There are five requirements to obtain this promise from the Immaculate Heart of Mary. On five consecutive first Saturdays of the month, one should:

1. Have the intention of consoling the Immaculate Heart in a spirit of reparation.

2. Go to confession (within eight days before or after the first Saturday).

5. Meditate for 15 minutes on the mysteries of the Holy Rosary with the goal of keeping Our Lady company (for example, while in church or before an image or statue of Our Lady).

Read How to Make Your First Saturday Rosary Meditation According to Sr. Lucia

Our Lord appeared to Sr. Lucia on May 29, 1930 and gave her the reason behind the five Saturdays devotion. It is because there are five types of offenses and blasphemies committed against the Immaculate Heart of Mary:

1. Blasphemies against the Immaculate Conception

2. Blasphemies against Our Lady's perpetual virginity

3.  Blasphemies against her divine maternity, in refusing at the same time to recognize her as the Mother of men

4.  Blasphemies of those who publicly seek to sow in the hearts of children, indifference or scorn or even hatred of their Immaculate Mother

5.  Offenses of those who outrage Our Lady directly in her holy images

Never think that Jesus is indifferent to whether or not His mother is honored!

While keeping up with these devotions over five or nine consecutive months is not easy, the reward for making the effort is eternal. Look again at those promises from Jesus and Mary!

Nothing in this life is more important than holy religion (living according to the will of God as revealed through his Church), offering yourself to God as a self-gift for the benefit of others (Christ-like reparation for the sins of others), and obtaining salvation through Jesus Christ (joining the saints in heaven for all eternity). So, resolve to make the effort to do one or the other (or both!) of these devotions, and pray for the grace to follow through to the end.  God always gives the grace to those who wish to faithfully accomplish his requests! 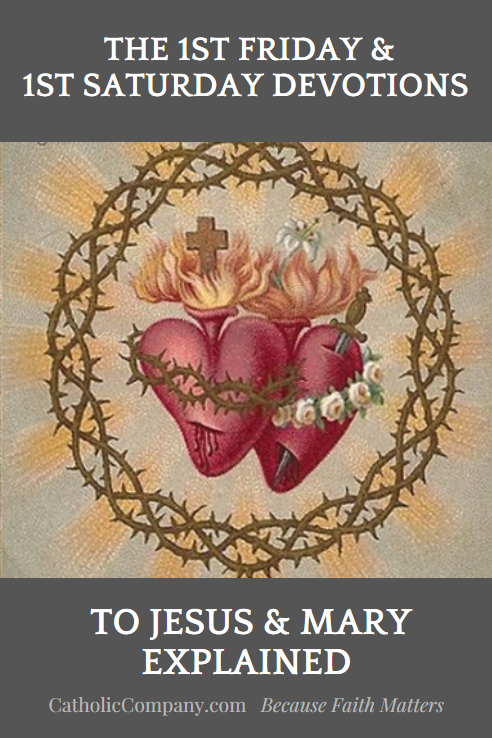