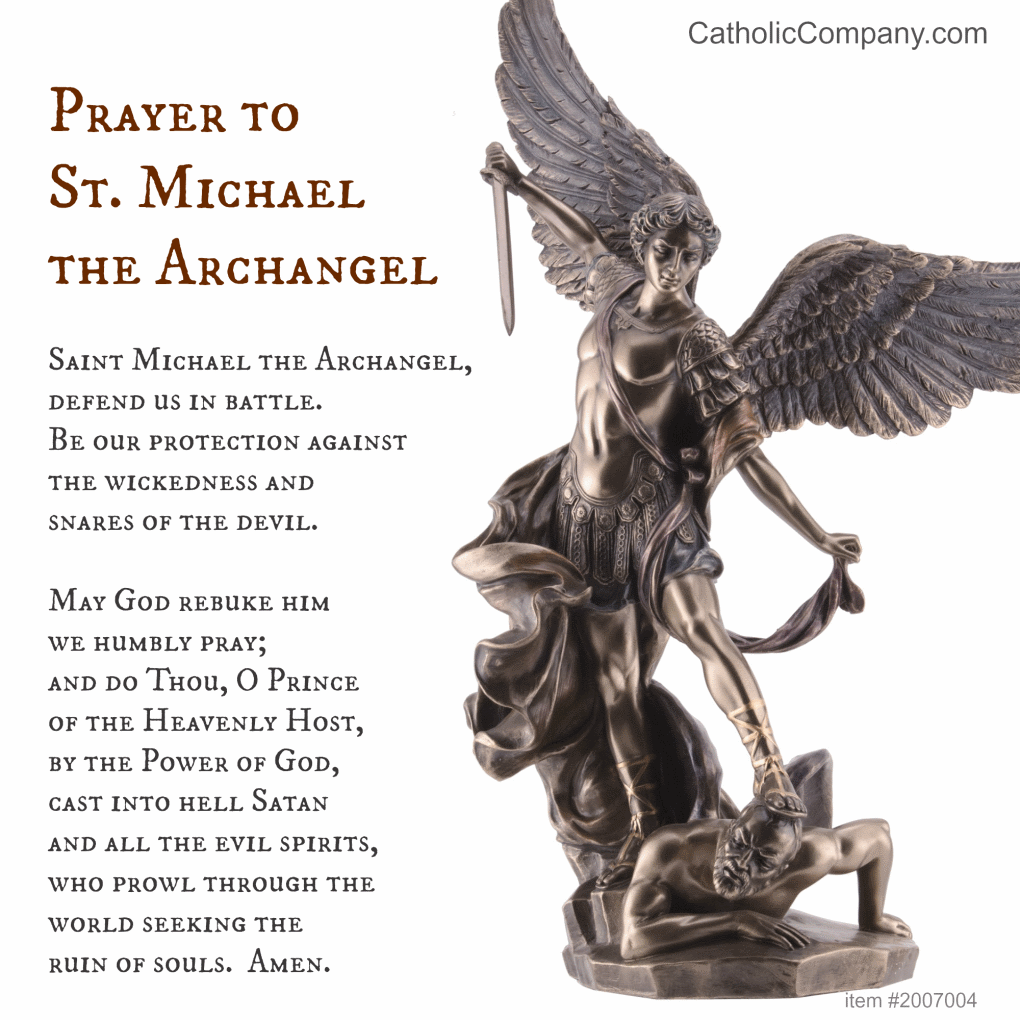 Prayer to St. Michael the Archangel:

Saint Michael the Archangel, defend us in battle. Be our protection against the wickedness and snares of the devil. May God rebuke him we humbly pray; and do Thou, O Prince of the Heavenly Host, by the Power of God, cast into hell Satan and all the evil spirits, who prowl through the world seeking the ruin of souls.  Amen.

St. Michael the Archangel has a special heavenly role in doing battle against the devil, protecting the Church, protecting Christians against assault from the devil. The prayer to St. Michael originated with Pope Leo XIII in 1886.  Legend has it that the Pope, following Holy Mass, received a vision in which he saw the great damage Satan would do to the Church and the world in the 20th century. Pope Leo XIII composed this prayer in response and added it to the Leonnine prayers to be recited after Low Mass, which were originally intended for the intentions of the defense of the temporal sovereignty of the Holy See. Although no longer required to be said after Low Mass, the prayer is still encouraged:

"May prayer strengthen us for the spiritual battle that the Letter to the Ephesians speaks of: 'Be strong in the Lord and in the strength of his might' (Ephesians 6:10). The Book of Revelation refers to this same battle, recalling before our eyes the image of St Michael the Archangel (cf. Revelation 12:7). Pope Leo XIII certainly had this picture in mind when, at the end of the last century, he brought in, throughout the Church, a special prayer to St Michael: 'Saint Michael the Archangel, defend us in battle. Be our protection against the wickedness and snares of the devil...' Although this prayer is no longer recited at the end of Mass, I ask everyone not to forget it and to recite it to obtain help in the battle against the forces of darkness and against the spirit of this world."  & Pope St. John Paul II