Pellegrino Laziosi didn’t have a promising start to his young adult life.

His hometown of Forlí, Italy, was feuding with the Pope and had been placed under interdict by him (in this case, “interdict” means the suspension of sacred functions—think public Mass and other public liturgical functions—due to disobedience to Church authorities).

Pellegrino was knee-deep in the anti-papal politics, and when the Pope sent St. Philip Benizi—superior of the Order of Servites—as his delegate to the fractious town, he was verbally and physically attacked.

Among the attackers was Pellegrino, who struck the priest in the face. Overcome with sorrow for his deed, Pellegrino begged St. Philip for forgiveness. And he got it.

That was the turning point for Pellegrino—or, as you might know him, St. Peregrine.

He put aside his recalcitrant tendencies and became peaceable and prayerful. While praying in the Cathedral one day, he received a vision of Our Lady who instructed him to join the Servites in Siena. The once-rebellious Peregrine did just as Our Lady said, and was received into the order by St. Philip himself.

Throughout the rest of his life, St. Peregrine never rested in his pursuit of virtue, his practice of prayer and penance, and his zeal for the salvation of souls. One of the penances he imposed on himself was standing instead of sitting whenever possible.

At some point St. Peregrine developed a painful cancer in his right foot. The doctors said the only remedy was to amputate. The night before the surgery, St. Peregrine prayed fervently before the crucifix in the chapter room of the monastery. Falling asleep as he prayed, he dreamed that Jesus reached down from the Cross and touched his foot.

When he awoke, he found his foot perfectly restored…and we know him today as the patron of cancer sufferers and those with incurable diseases.

Do you have a family member or friend who is struggling with cancer? We made our St. Peregrine Cancer Healing Decade Rosary just for them. Handmade from beautiful jasper and tiger-eye beads and finished with a medal of the saint, it is sure to bring comfort, hope, and grace to those bearing this cross. Comes with a prayer card to St. Peregrine. Order yours today at The Catholic Company! 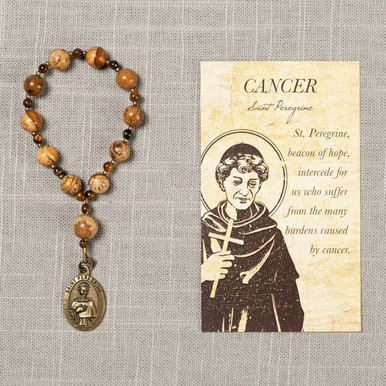 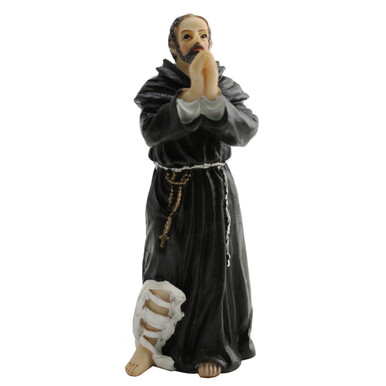 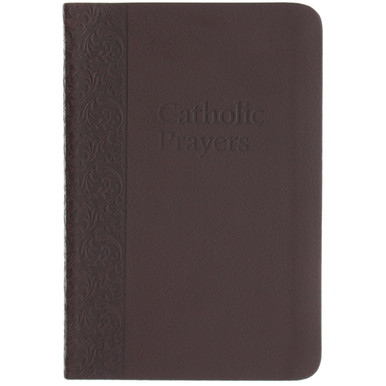 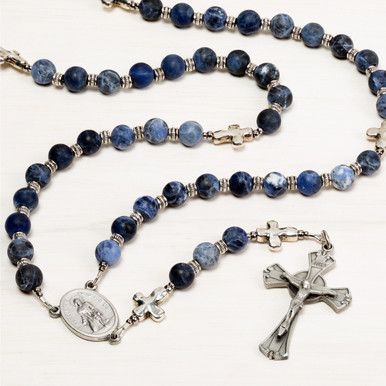