August 5th is the feast of Our Lady of the Snows, which marks the dedication of the Basilica of St. Mary Major in Rome (Santa Maria Maggiore).  It is one of the four major papal basilicas, and Rome's largest and most important church dedicated to Our Lady—and one of the oldest.

Pope Francis has the tradition of visiting here prior to traveling on important apostolic visits. He prays here in front of the most precious image the Blessed Virgin Mary for the people of Rome. This icon of Mary is said to have been painted by St. Luke himself.  It is kept above the altar of the chapel on the left side of the main central altar.

This church also carries another precious treasure—a relic of the crib or manger of the Nativity of the Baby Jesus. Tradition holds that the wood on which the Son of God slept was brought to the church in the 7th century.

The Story of Our Lady of the Snows

St. Mary Major is one of the first churches built in honor of the Blessed Virgin Mary. It was was built in the 5th century following the Council of Ephesus (431 A.D.) which dogmatically proclaimed Mary to be the Mother of God.  This project was a restoration of a previous church built on the site, Rome's Esquiline Hill.

The first church here was founded in the 350's by Pope Liberius and financed by a wealthy Roman patrician and his wife. Legend has it they were a childless couple who decided to leave their fortune at the disposal of the Blessed Virgin. Our Lady appeared to them in a dream and told them to build a church in her honor on this hill. This corresponded to a similar dream the Holy Father also received to have a church built on the site.

The spot where the church should be built was marked by a miraculous snowfall that fell in the scorching summer heat on August 5, 352 A.D. The event is commemorated every year on August 5th, the feast day of the dedication of the basilica, when white rose petals are dropped from the dome of the church.

Pope Sixtus III then had the church restored/rebuilt to commemorate the declaration of Mary's Divine Motherhood by the Council of Ephesus in 431.

Here is how the ancient church looks from the outside. 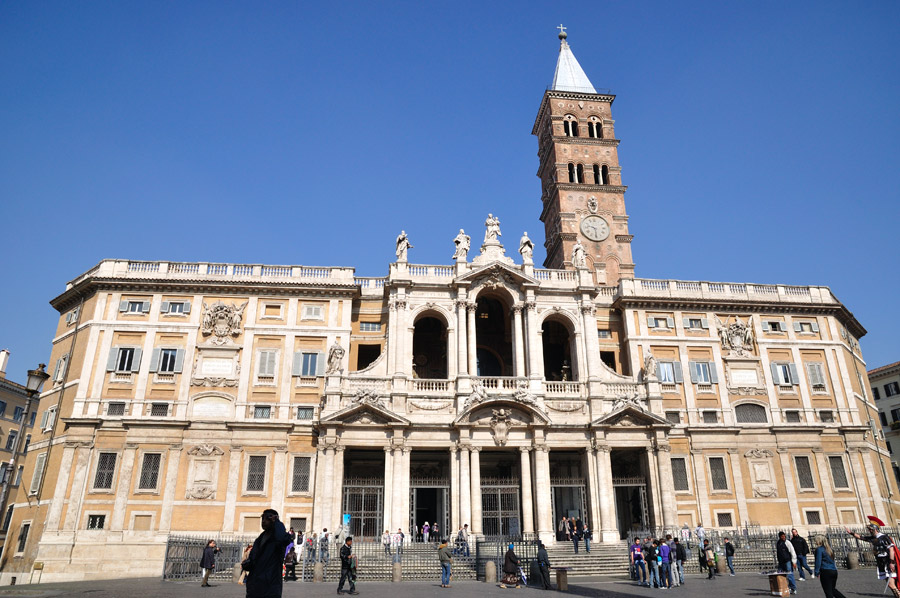 The view when you walk in. 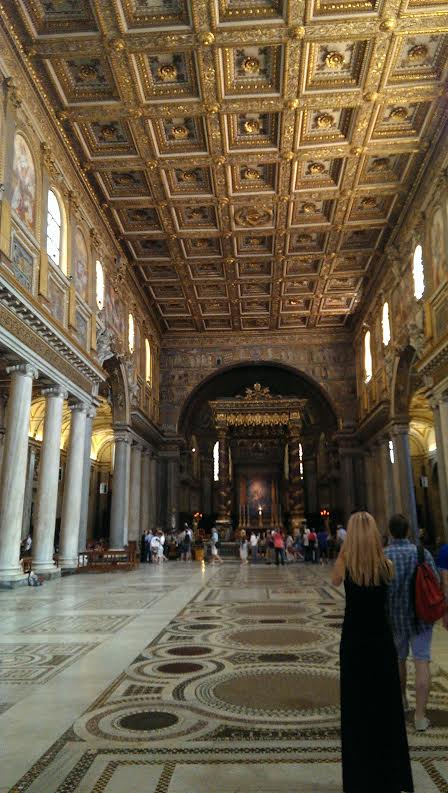 The main altar up close. You can see the apse in the background and the main altar in the foreground. Underneath is the relic of Jesus' crib behind a lower altar. 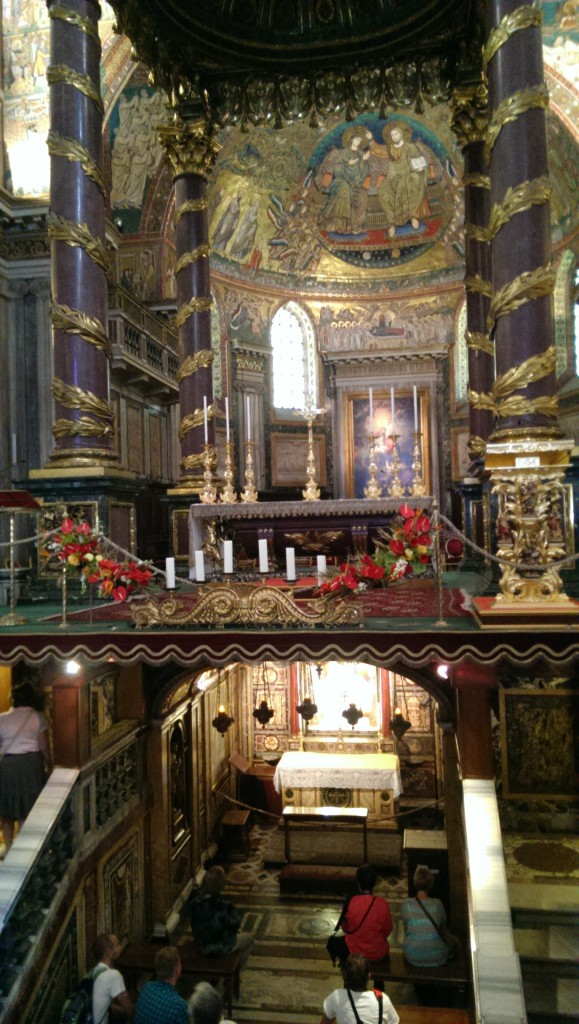 Close up view of the apse mosaic depicting the crowning and queenship of the Blessed Virgin Mary.

Close up view underneath the main altar where the relic of the Christ's crib is located. 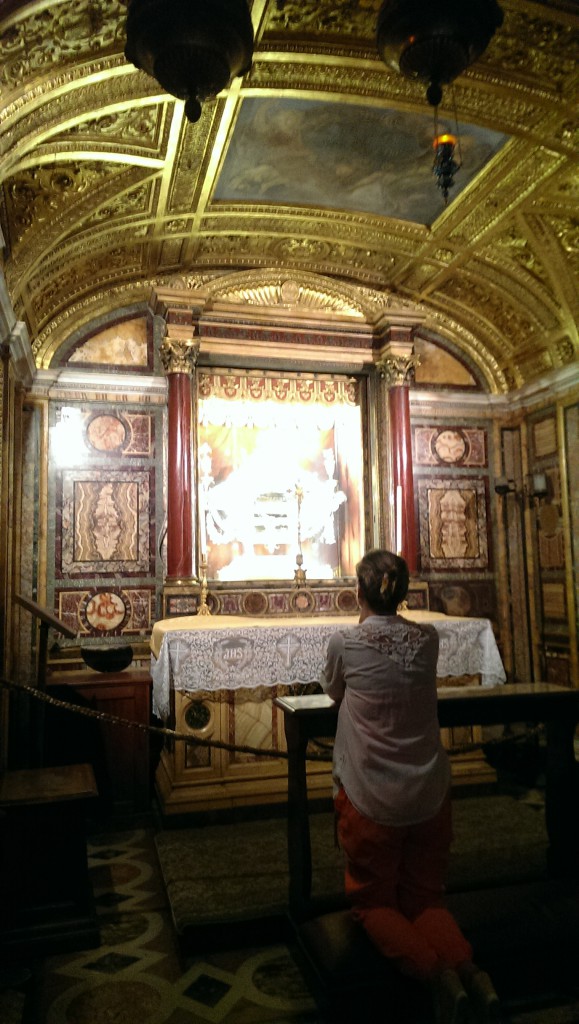 Here is video to give you a sense of the space:

To the left of the main altar you can see the side chapel where Pope Francis often prays, as shown in the first photo above.

To the right of the high altar is the domed Blessed Sacrament Chapel. The tabernacle dates from 1599. It is enormous and held aloft by four bronze angels.

Here is video of the beautiful Tabernacle:

St. Mary Major is one of the most important churches of the Catholic Church, a symbol of the glory of the Blessed Virgin, and a jewel of our faith heritage. To see more, the Vatican has a great virtual tour which you can see here.

This article has been updated and was originally published in August 2014. © The Catholic Company