The Bishop of Phoenix, Thomas J. Olmsted recently released a very important document called Into the Breach: An Apostolic Exhortation to Catholic Men, my Spiritual Sons in the Diocese of Phoenix. This masterful pastoral letter encourages Catholic men to be men, in all that God designed for a man to be, in strengthening, defending, fighting for, guiding, and fathering those around him.

This document is so timely and needed that it deserves much attention and circulation. You should read it, absorb its message, and pray about it. You should have all the men in your family read it. You should gather a group of men from your parish or circle of friends to study and discuss it. Make a big deal about this document, because it is that important.

Bishop Olmsted speaks in such strong language because he believes that the family, the Church, and Western civilization itself is in a time of great crisis. Along with the Holy Father he names the enemy - Satan - who seeks to destroy and unravel the very foundation of our humanity which has been made in the image and likeness of God.

Watch the video: A Call to Battle - A Short Film on ‘Society’s Crisis in Masculinity’

In the face of this assault, who do we turn to? Who has the God-given charge to protect and defend against the attacks of the devil? Just as it was in the Garden of Eden, this charge was given to men. Yet, true masculinity and fatherhood have almost vanished in the Church and in our society, with the very definitions of these terms being exchanged for lies. Men are no longer equipped with the truth in order to know how to do what they were made for. 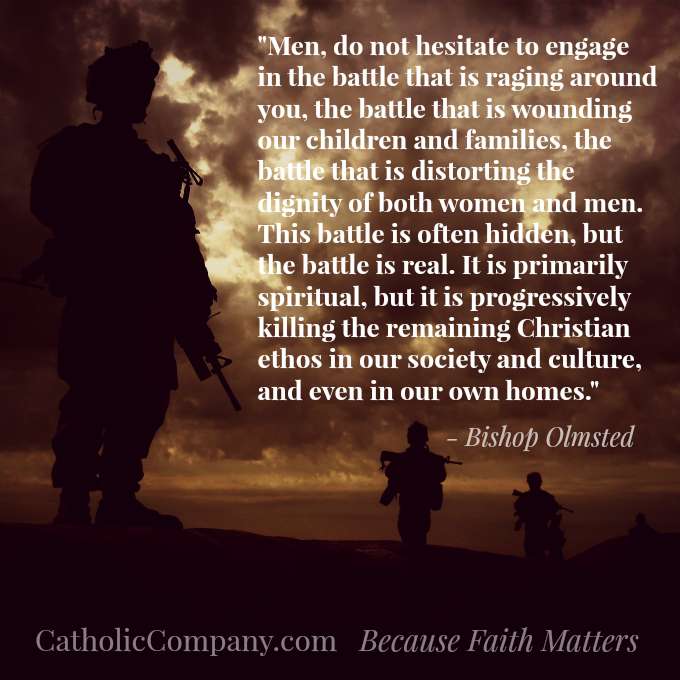 With his apostolic letter, Bishop Olmsted is reclaiming what has been lost and calling for Catholic men to fight to get it back. But he first educates men to understand anew the answers to these fundamental truths: What does it mean to be a Catholic man? How does a Catholic man love? Why is fatherhood, fully understood, so crucial for every man?

This letter is a must-read.

Reading Into the Breach will undoubtedly leave you inspired and equipped. Be open to how the Holy Spirit may lead you into action, because the world is in desperate need of an army of strong Catholic men!

"The world is under attack by Satan, as our Lord said it would be (1 Peter 5:8-14). This battle is occurring in the Church herself, and the devastation is all too evident...

Catholic men across the centuries have responded to the call to enter the battle, ever ancient and ever new, and I have confidence that you will respond alike to fill the breach in our time. Be confident! Be bold! Forward, into the breach!"

Continue reading Into the Breach. 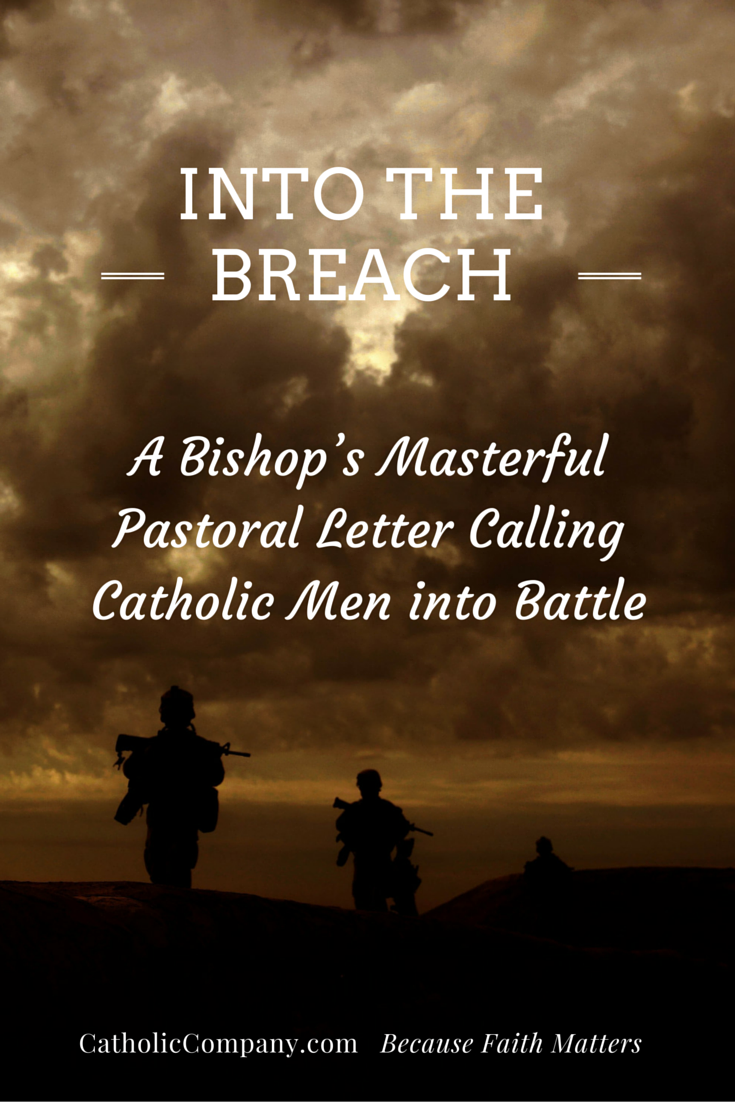