The Catholic Church has been blessed with a beautiful tradition of religious medals. Catholic Medals actually find their origin in the Greek and Roman practice of wearing amulets to honor pagan gods, according to saint-medals.us.  Catholics have medals of all sorts with different designs, images, and graces. Many of these Catholic medals, when blessed, have been tools of performing amazing miracles as well as encouraging powerful devotion to the Lord. Furthermore, these Catholic medals also have beautiful prayers either inscribed on them or associated with them. These prayers invoke the intercession of the holy person/(s) the medal portrays. All of the different Catholic medals available can be overwhelming. If you would like a medal for yourself or a loved one, how do you know which one to get? How do you know which medal would mean the most to you or your loved one’s needs? I am going to briefly cover a few of the most popular Catholic medals. 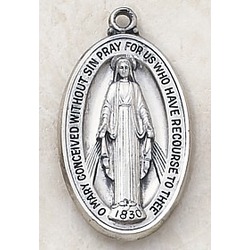 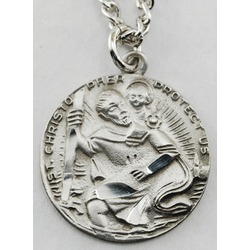 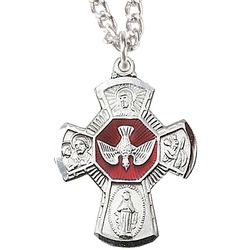 The Four-Way Medal is one of the upcoming medals in the Catholic world. The Four-Way Medal is a large cross-shaped medal with a smaller medal at each of the four ends of the cross. Typically the Miraculous Medal , a Scapular medal, the St. Joseph Medal, and the St. Christopher Medal are included with an image in the middle of the cross. The image in the middle varies greatly from being something like the Sacred Heart of Jesus to the dove representing the Holy Spirit. This Catholic medal is a very popular gift idea as one is reminded of the Cross, various saints, and more, all in one medal.