A dark, bitter, boiling hot, and addictive beverage that bestowed almost super-human energy, sharpened the wits, and had its origins in the land of the infidels was certainly suspicious in 16th century Europe.

Yet the drink was becoming so popular that some began to demand that the Pope forbid Christians from consuming the wicked brew.

Coffee had arrived in Italy through the Venetian trade routes with North Africa and the Middle East. It was spreading throughout the Christian lands, and it had strange and undesirable effects on human behavior ... depending on who you asked. The common people loved it, while those who ruled the common people began to view it as a threat; it seemed to be particularly dangerous when people consumed it in social settings.

In fact, it was often treated as a social problem in the Middle East where it originated; one sultan outlawed the drink under pain of death because, while alcohol left people drunk and inept, coffee made them energized, alert, and imaginative—which led to the hatching of plots and sedition against the government.

The obsessively-consumed drink seemed to have been concocted in the very pit of hell, and that's why some of the pope's advisors called it the "bitter invention of Satan." Before making a decision on whether to formally ban the troublesome beverage, the Holy Father, Pope Clement VIII, asked for a cup. After taking a few sips, his reaction was unexpected (and wonderful!).

“This Satan’s drink is so delicious," he is reported to have said, "It would be a pity to let the infidels have exclusive use of it. We should cheat the devil by baptizing it.”

Whatever nefarious spirits may have been attached to the bitter brew were scattered forever when the Holy Father extended the papal blessing to coffee beans, officially making coffee an acceptable beverage for a Christian to drink.

After Pope Clement VIII "baptized" coffee, the first coffee house opened in Rome in 1645. And the rest is history.

Today Catholics the world over love a good cup of joe. And boy, do we have one for you! 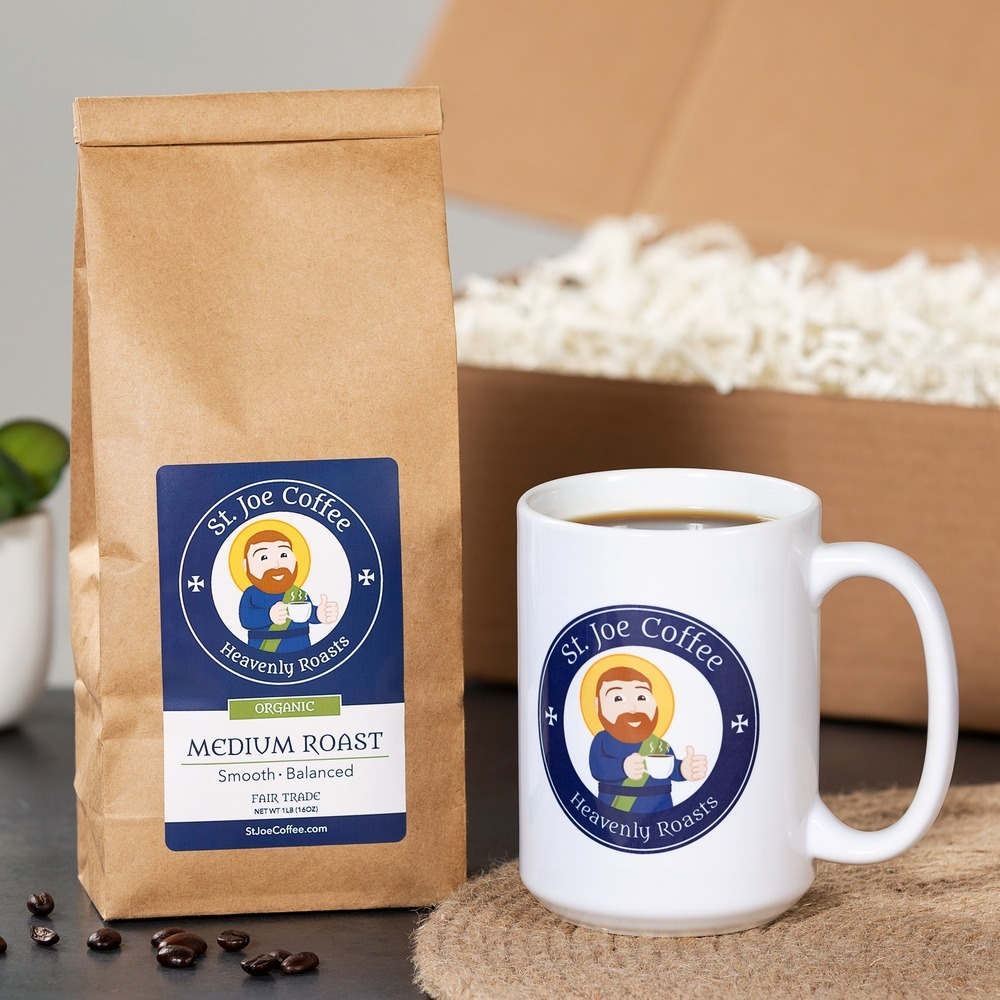 Ground and roasted at The Catholic Company, St. Joe Coffee comes in a variety of enticing roasts, including decaf. Everyone from the no-caffeine coffee lover to the person who depends on a dark roast to get through the morning can find just what they need with St. Joe.

St. Joe Coffee makes a cheerful gift for family and friends, especially around the holidays or any special occasion.

We have four roasts in both ground and whole bean options: 16 oz of goodness packaged in our light-hearted St. Joe bags and ready to give, or use yourself.

Order your supply of St. Joe Coffee for your home and parish today!