On January 6th, the Feast of the Epiphany (in most places in the U.S. the feast is transferred to the Sunday between January 2 and January 8), the Church celebrates the biblical event where the Magi, also called the Three Wise Men or Three Kings, traveled from the East to pay homage to the newborn King, Jesus Christ. Many believe that this is the date when the Christmas season officially ends, being the end of the traditional 12 days of Christmas.

However, according to the Roman Catholic liturgical calendar, Ordinary Time doesn't officially begin until the Monday after the Feast of the Baptism of the Lord, which (usually) falls on the Sunday after  Epiphany (January 6th). This means that the Christmas season actually extends beyond the popular "Twelve Days of Christmas."

In 2017 we have a unique situation. If Epiphany is transferred to the Sunday that falls on January 7th or 8th, then the Feast of the Baptism of Jesus is celebrated on the following Monday instead of the next Sunday. So, this year, Ordinary Time begins on the Tuesday after Epiphany.

In the older tradition (which is still kept in the liturgical calendar of the Extraordinary Form of the Mass) Christmas lasts until Candlemas, or the Feast of the Purification of the Blessed Virgin Mary and the Presentation of the Lord, which isn't until February 2nd. This marked the end of a long 40-day "Christmastide" that corresponded to the 40 days of Lent.

On February 2nd the Church celebrates the day that Mary entered the temple with the Child Jesus when her days of purification after giving birth were fulfilled, according to the Mosaic law, and when Simeon made his well-known prophecy about Mary and the Child. It is historically called "Candle-mas" because of Simeon's prophecy of Jesus being a light for the Gentiles. Today it is better known as the Feast of the Presentation of Our Lord. 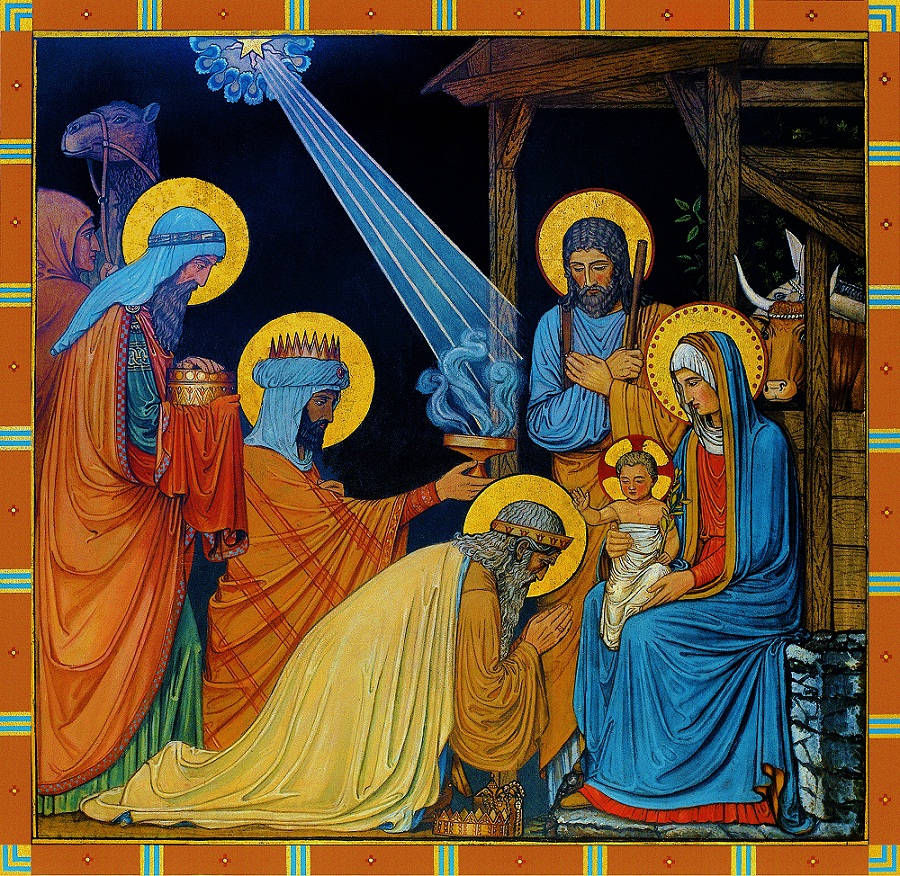 Another element to throw into the mix is that the "octave" of Christmas ends on the eighth day after Christmas, which is January 1st, the Solemnity of Mary, the Mother of God.  Christmas is not celebrated for just 24 hours; it is given the honor of eight days (octave) of celebration which is a custom that traces its roots to Old Testament feasts.

The end of the octave is the end of the Christmas feast proper, after which begins the longer Christmas season that extends either to the Baptism of the Lord for the Ordinary Form of the Mass (usually the Sunday after Epiphany) or the Purification of Mary for the Extraordinary Form of the Mass (February 2 - Candlemas). However this understanding of a proper Christmas 'feast' in some Eastern traditions is also associated with the 12 Days of Christmas which culminates on Epiphany.

Confusing? You bet. Unfortunately the confusion is not cleared by going deeper into Church history.

A BIT OF HISTORY ON THE FEAST OF THE EPIPHANY

The feast of the Epiphany originated in the East as a major feast day.  The name Epiphany, meaning 'manifestation' or 'theophany' (understood particularly as a manifestation of Israel's Messiah to the Gentile nations), has also been associated with the other biblical manifestations of Christ.

Historically, at least three events were celebrated on the same January 6 feast day—the feast of the Nativity (not on Dec. 25), the visit from the Magi, and the Lord's Baptism—in various locations in the first centuries of Christianity, and sometimes also a fourth, Christ's first miracle at the wedding feast of Cana. It was called generally the feast of the Epiphany because these were all epiphanies of Christ. Eastern Rite Catholics today, for example, primarily celebrate the 'epiphany' of the Lord's baptism on January 6th, and not primarily the 'epiphany' of the visit from the Three Wise Men, while Latin Rite Catholics currently celebrate these two feasts on consecutive Sundays.

In fact, in days of old, it was January 6th that was the traditional Christmas gift-giving day, because this was the day that the Baby Jesus received his gifts from the Magi.

To make things even more confusing, the visit from the Magi that is today most associated with Epiphany in the Latin Rite likely occurred after the Presentation in the Temple (which is celebrated on February 2), because it was after the Magi visited the Holy Family that they fled to Egypt to escape Herod's murderous threats. 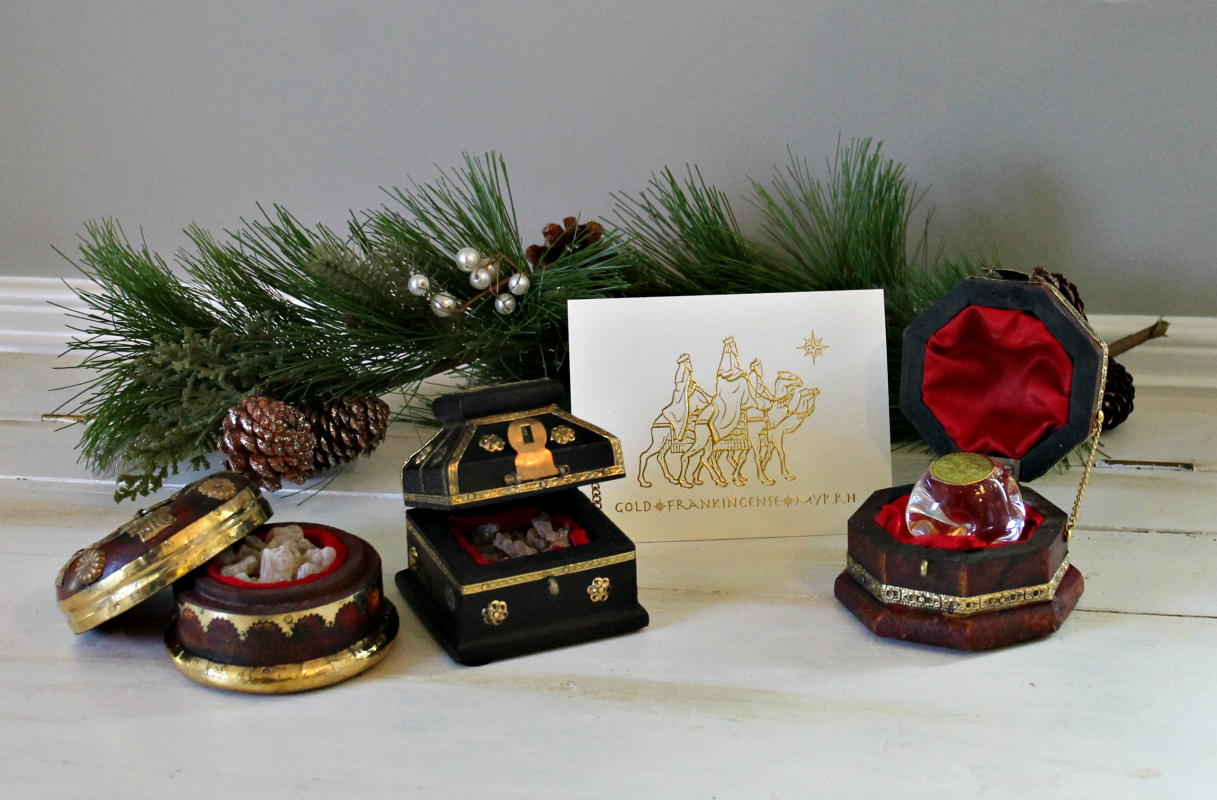 SO, WHEN DOES CHRISTMAS END?

These are just suggestions, of course, to help you get the most out of celebrating the Christmas season to the full.  The varying Christmas traditions reflect the universal nature of the Church (all tribes and tongues!) which has been going strong for 2,000 years. Everyone is on the same page generally  speaking in keeping the Christmas feast, even though there have naturally arisen differences over the millennia in exactly how this is done from place to place.

The most important thing to remember and practice is that Christmas BEGINS on December 25th, and is to be merrily celebrated for many days afterward, either 8, 12, or 40!


Do you have any thoughts to add? Please share in the comments below. 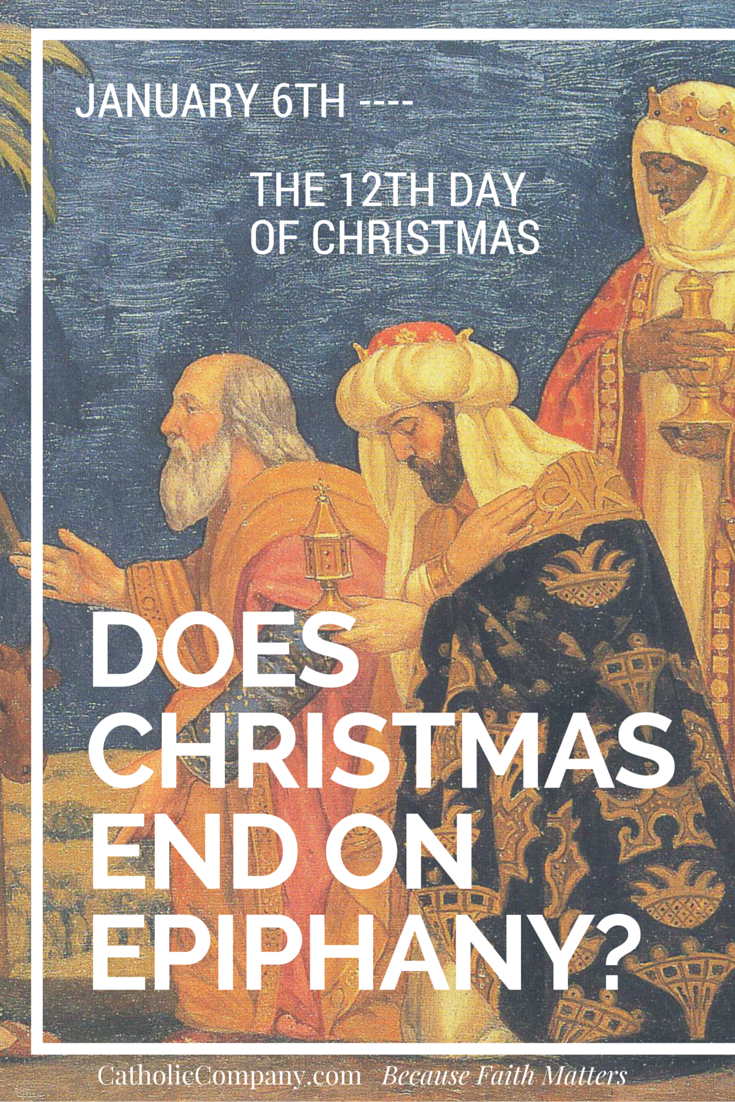 This article has been updated and was originally published in 2013. © The Catholic Company.