St. Hilary of Poitiers (300–368 A.D.), French-born Doctor of the Church, was one of the great bishops of early Christianity. He was from a noble pagan family and converted to the Catholic Church, along with his wife and daughter, through his arduous study of philosophy and Sacred Scripture.

He was well-revered by the people of Poitiers for his great learning and sanctity, and they in turn clamored for him to become their bishop. Despite his protests, and with the consent of his wife to live in celibacy, Hilary was ordained a priest and bishop. He became a brilliant Scripture scholar, writer, orator, poet, and a staunch defender of orthodoxy during the era of Arianism's tight grip on the Church, even been exiled for defending Christ's sacred humanity and divinity against the heretics, earning him the moniker "Hammer of the Arians."

While in exile he received word that his young daughter, Apra (or Abra, Abram) had a suitor and was considering the vocation to marriage. He wrote to her and pleaded with her to consecrate herself to Christ and become His spouse instead, citing the eternal rewards that awaited so glorious a self-gift.

“I shall soon be returning home," he wrote to her, "and then I will show you the portrait of another suitor, the son of a king; he will come himself later on to ask you to celebrate your wedding with Him. You can then compare the two and take whichever of them you prefer.”

Along with his letter, Hilary sent his daughter two poems or hymns which he wrote for her to recite in the morning and evening to enrich her prayer and encourage her to embrace a life of chastity.

The morning hymn which St. Hilary composed, the only one remaining to us today, is one of the earliest-known Latin hymns, Lucis Largitor splendide, which subsequently became one of the hymns of the Liturgy of the Hours. 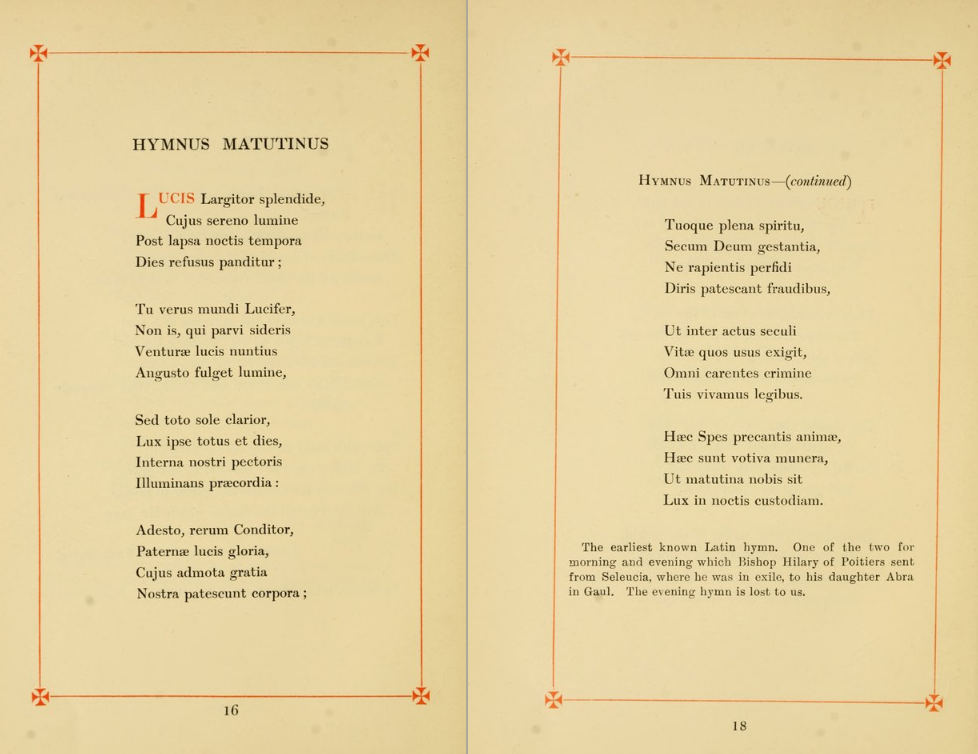 St. Hilary was an innovator in putting non-scriptural poetry to music to be chanted or sung, in the same way that the scriptures were sung, in order to teach people the faith, causing him to be regarded by many historians as the "Father of Western Hymn-Singing." His hymns became one of the tools in his arsenal to combat the Arian heresy in the hearts of the faithful.

When Hilary was released from exile, he kept his promise and showed his daughter a "portrait" of the suitor he desired her to accept: a crucifix. Apra followed her father's advice, and, soon after, while she was still young, died a holy death as a bride of Christ in her father's arms.

Read the Latin and English text of Lucis Largitor splendide from the translation by Fr. Dylan Schrader. 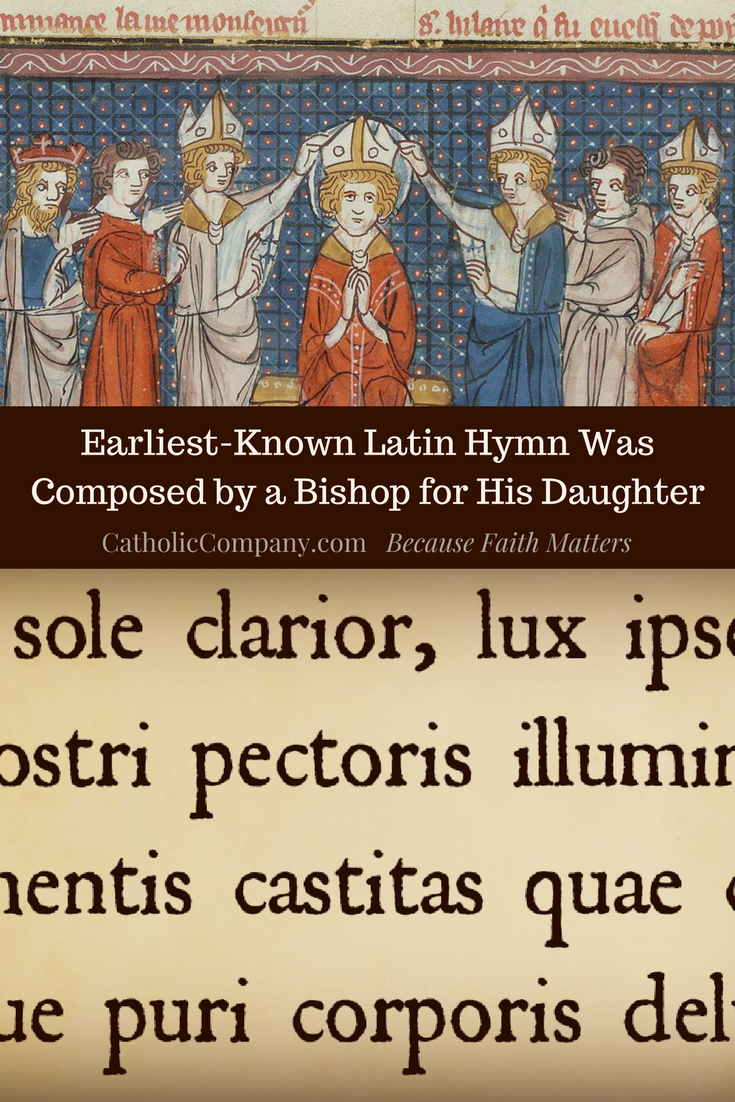