Since ancient times, the rose has been associated with Our Lady.

It is, after all, one of the most stunning, elegant, and noble flowers. Its appearance is intricate; its fragrance, otherworldly. Its petals are mysterious in their arrangement and texture. There is no other flower quite like it.

Perhaps the closed and protective layers of rose petals represent her virginity and purity as she sheltered the Messiah in her womb—and in their home—allowing him to grow to maturity hidden from the world until God's plan was to be fulfilled.

The sweet fragrance and remarkable beauty of the rose reflect her own loveliness and perfection.

Even the thorns could represent the sorrows of her motherly heart in the sacrifice of her Son, and her sadness at the spiritual struggles of her children against sin. 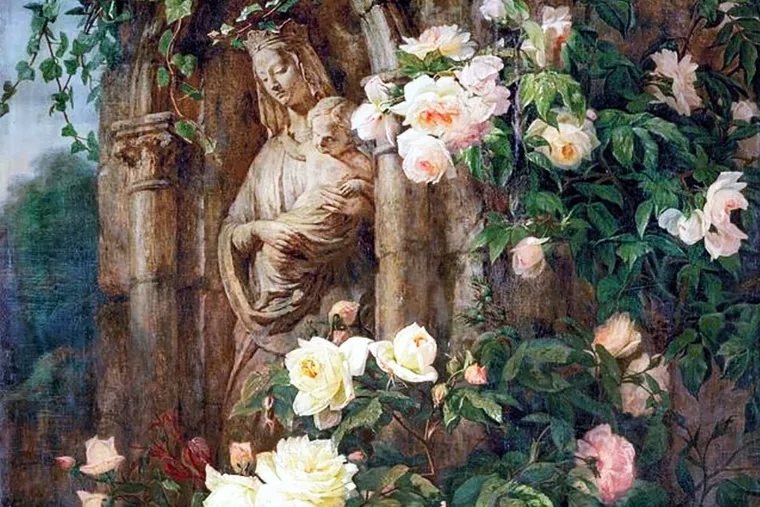 Mary and the Rose in Scripture and Tradition

The Litany of Loreto, written in 1587, invokes Our Lady as “Rosa Mystica," our Mystical Rose, but veneration of Mary under this title has been present in the life of the Church since ancient times.

Though wild roses did grow in Palestine in biblical times, they are not mentioned in the New Testament or in the Hebrew Scriptures. In Greco-Roman culture, however, they have represented beauty, fertility, and love throughout the ages. They also symbolized the fleeting nature of time.

In Song of Songs 2:1, the divinely inspired canticle of God's love, the Beloved Bride is referred to as the “rose of Sharon and lily of the valleys.” This represents Mary as the new Garden of Eden, the sacred place where Christ Himself will dwell. It is also a symbol of God’s love for His people, who became the Bride of Christ, while Mary was the Spouse and Bride of the Holy Spirit.

The Christian Churches of the East and West associated the rose with the Mother of God by the 1st Century.  Iconography from the Christian West used the rose around this time to symbolize the heavens, paradise, and the virtues of the martyrs whose blooms had been plucked for the Faith.

The image is well illustrated by Dante in his famous epic poem from the early 1300s, representing the soul's ascent to God.

There, his guide, Beatrice, invites him to contemplate the inhabitants of heaven, but especially Mary, as she says,


"There is the rose in which the Divine Word became flesh." 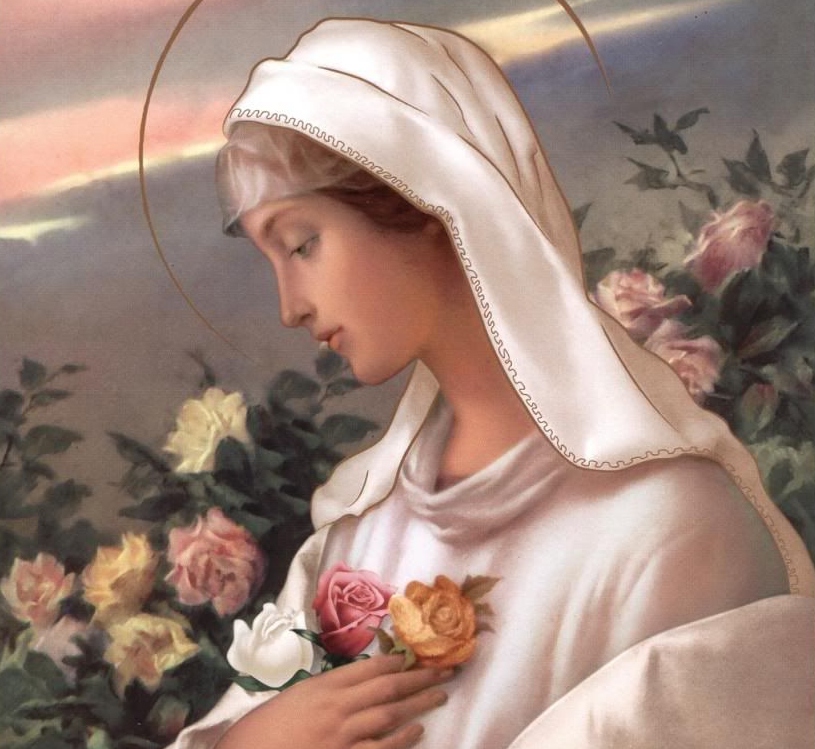 "The rose gives a fragrant odor; it is beautiful to the sight, and tender to the touch, and yet it grows among thorns, inimical to the beauty and tenderness. So may also those who are mild, patient, beautiful in virtue, be put to a test among adversaries. And as the thorn, on the other hand, guards, so do wicked surroundings protect the just against sin, by demonstrating to them the destructiveness of sin."

"The Virgin may suitably be called a blooming rose. Just as the gentle rose is placed among thorns, So this gentle Virgin was surrounded by sorrow."

St. Bernard of Clairvaux described Our Lady in terms of the rose, with her virginity symbolized by the white rose and her charity by the red. In one of his sermons, he said,

"To show his love for us, to bring to nothing the wisdom of men, God was pleased to take human flesh of a woman, of a virgin, that he might restore like by like, heal opposite by opposite, pluck out the poisonous thorn, blot out effectively the handwriting of sin.

Cardinal John Henry Newman pondered the reason for the title 'Mystical,' which the saint interpreted to mean "hidden." Affirming the glory in her Assumption, he wrote,

"Is it conceivable that they who had been so reverent and careful of the bodies of the Saints and Martyrs should neglect her—her who was the Queen of Martyrs and the Queen of Saints, who was the very Mother of our Lord? It is impossible. Why then is she thus the hidden Rose? Plainly because that sacred body is in heaven, not on earth." 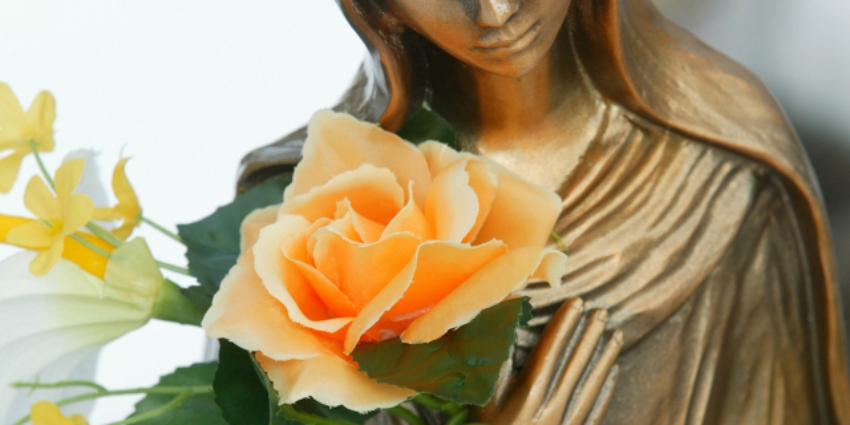 Our Mother, the Mystical Rose, has bloomed throughout the world in order to move the hearts of her children.

In this Marian age, she has tried so lovingly and persistently to call us to conversion with her messages of motherly love. The history of her time with us suggests her embrace of the title Rosa Mystica.

She made roses a sign for St. Juan Diego, arranging them in his tilma herself. She wore them in three strands, and on her slippers at La Salette. She brought them with her to Lourdes, Pontmain, Pellevoisin, Beauraing, and Banneaux.

She revealed her own Immaculate Heart to mankind, encircled by a garland of beautiful roses. Of course we cannot forget her most powerful of prayers, the spiritual weapon beloved by Catholics for centuries: the rosary.

Our Lady is the queen of spiritual flowers in the garden of the Lord. Though God has raised up many blooms of great beauty and fragrance in their holiness and glory, none surpass the Blessed Virgin.

She is the incomparable Mystical Rose.

We rejoice in her splendor, and praise God for the gift of her Motherly protection and guidance.

Oh, Most Holy Mother, Rosa Mystica, pray for us! 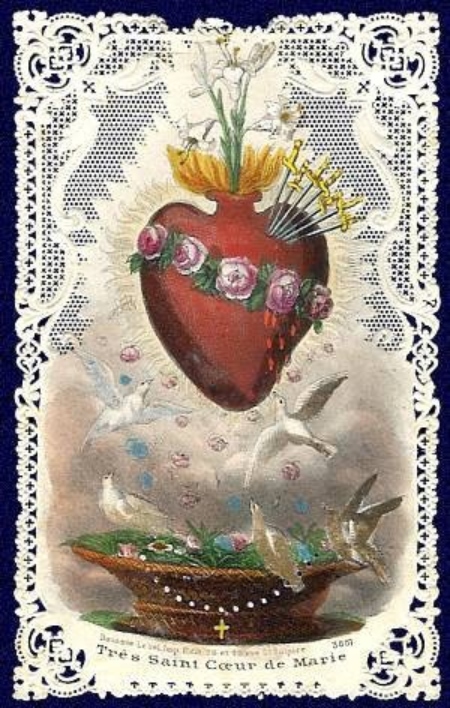