On the very first day of every new year, January 1st, the Church appropriately honors the Blessed Virgin Mary with a Marian feast day and a Holy Day of Obligation.  And the title by which she is honored on this day is also the first Marian dogma defined by the Church: Mary, the Mother of God.  Today we celebrate the Motherhood of Mary as the vessel through whom the Second Person of the Holy Trinity, Jesus Christ, took on a human nature.  This feast day also appropriately falls on the 8th day after the Nativity of Our Lord, or on the final day of the Octave of Christmas. 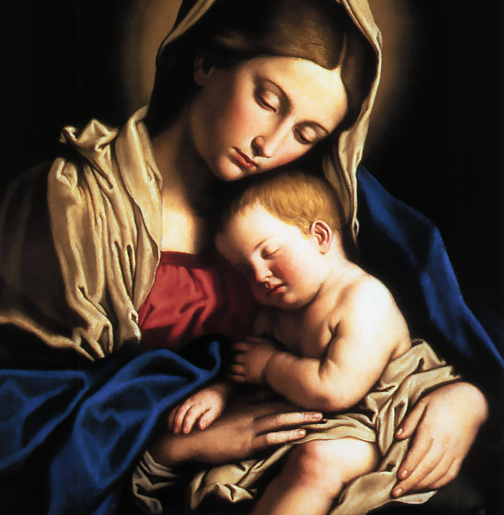 Many non-Catholics have a problem with Mary being called the Mother of God.  But we must remember, especially on this feast day, that Mary's title as Mother of God is not only an ancient one officially given to her by the early Church, but also that the title says more about Jesus than it does about Mary.  In fact, this title of Mary was given precisely in order to reinforce the teaching on Christ's nature handed down from the Apostles—that Jesus was truly God and truly man—in the face of a heresy that threatened it.

Mary was called the Mother of God from very early in the Church's history.  One of her earliest titles in the liturgy is Theotokos which translates "God-Bearer".  From this title she began to be called "Mother of God".  Among those who objected to this title was Nestorius, whose false ideas on the nature of Christ is labeled Nestorianism.  Nestorius claimed instead that Jesus was born of Mary as human and not as Divine, thereby doctrinally dividing the nature of Christ.  St. Cyril defended the title by affirming with the Church fathers that Mary did indeed give birth to the Second Person of the Holy Trinity, who is called Jesus, who is simultaneously and completely both God and man from his birth. The Council of Ephesus (431 A.D.) was called to settle the dispute between Nestorius and St. Cyril.  The council rightly affirmed St. Cyril and declared Nestorius a heretic.

Thus the dogma of Mary as the Mother of God was established at the Council of Ephesus. From the decree: "If anyone does not confess that Emmanuel is God in truth, and therefore that the holy virgin is the mother of God (for she bore in a fleshly way the Word of God become flesh), let him be anathema."  The decrees of the Council were then approved by Pope Sixtus III.

So there you go.  The universal Church declared once for all that Mary is indeed the Mother of God, and this title was established to protect the true doctrine of Christ's nature from every heresy that denies it.  Don't let anyone shame you for a belief in this true title of Mary that is handed down with the authority of the Church founded by Christ.

Now that we have defended the use of the title we can glean from its depth of theological wisdom. In the Holy Father's homily on this feast day last year he notes at least five ways that the title of Mary as Mother of God bears special significance for Christians:

1) "Mary is the mother and model of the Church, who receives the divine Word in faith and offers herself to God as the 'good soil' in which he can continue to accomplish his mystery of salvation."

2) "The Church also participates in the mystery of divine motherhood, through preaching, which sows the seed of the Gospel throughout the world, and through the sacraments, which communicate grace and divine life to men. The Church exercises her motherhood especially in the sacrament of Baptism, when she generates God’s children from water and the Holy Spirit."

3) "Like Mary, the Church is the mediator of God’s blessing for the world: she receives it in receiving Jesus and she transmits it in bearing Jesus."

4) "The mystery of her divine motherhood that we celebrate today contains in superabundant measure the gift of grace that all human motherhood bears within it, so much so that the fruitfulness of the womb has always been associated with God’s blessing."

5) "The Mother of God is the first of the blessed, and it is she who bears the blessing; she is the woman who received Jesus into herself and brought him forth for the whole human family. In the words of the liturgy: 'without losing the glory of virginity, [she] brought forth into the world the eternal light, Jesus Christ our Lord'."

Today give special honor to Mary as Mother of God, and don't forget to go to Mass! 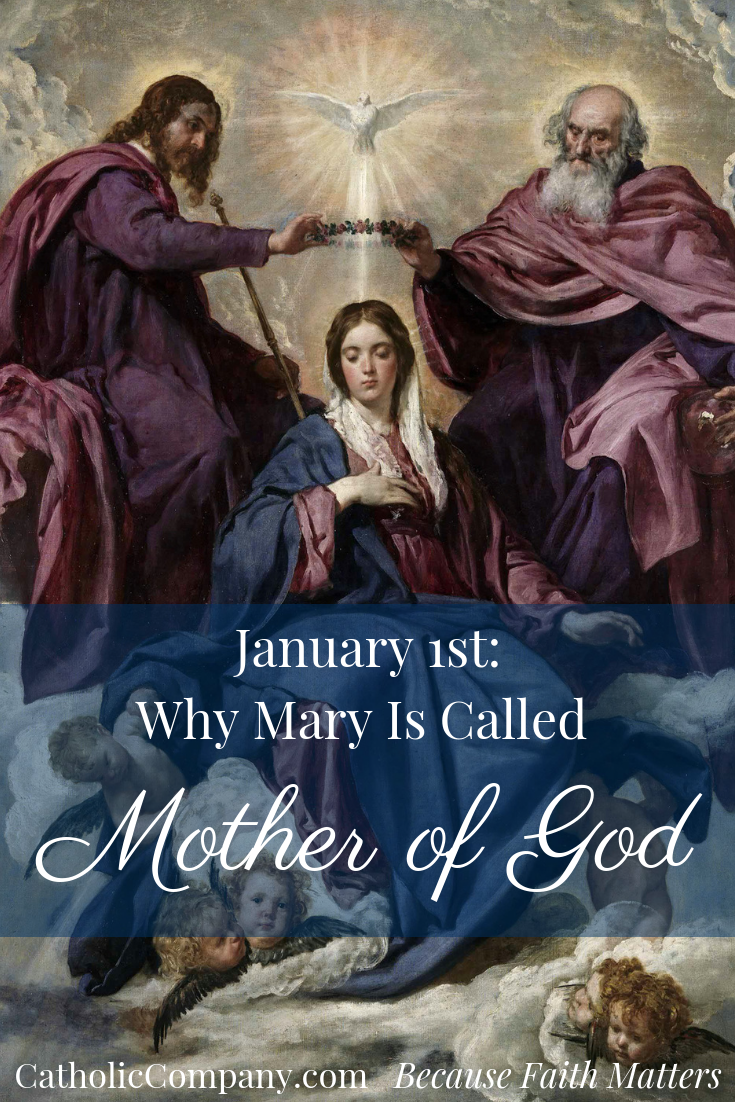