You've probably heard it before: the claim that December 25th was originally an ancient pagan festival.

Yes, many people say that December 25th was the day on which some ancient people celebrated the winter solstice or the ancient Roman sun god "Sol Invictus." They say that Jesus wasn't really born on this day, but that the Catholic Church invented the birth of Jesus on December 25th in order to "baptize" a pre-existing pagan holiday.

Many Christians believe this claim, concluding that the celebration of Jesus' birthday is basically pagan in its origins. "It doesn't really matter when Jesus was born, anyway," some say with a shrug. "This is just the day on which we choose to honor it."

Of course, it wouldn't be a bad thing if it were true that the Church "baptized" a pagan holiday—since Jesus commanded His disciples to preach the Gospel to all the nations and make them Christian (Matt. 28:16-20).

But the claim is false. 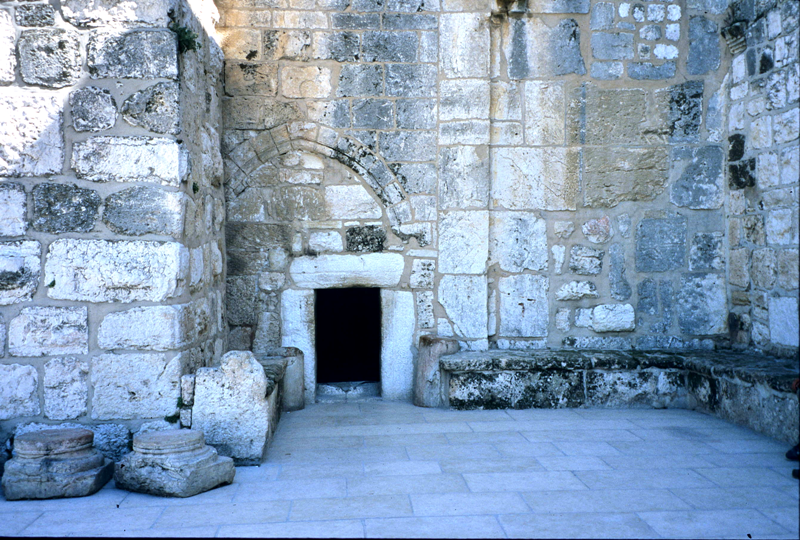 Entryway to the Church of the Nativity at Bethlehem

As noted below, the Church established the liturgical celebration of Christmas on December 25th because that was the traditional date which had been handed down to early Christians—the date on which Jesus was born of the Virgin Mary in Bethlehem.

This tradition can reasonably be assumed to have begun with the Blessed Mother herself, and taught to the twelve Apostles.

After all, the Mother of Jesus would never have forgotten her Son's birthday—what mother would?

WAS JESUS REALLY BORN IN BETHLEHEM?

Still, let's dig a bit deeper. How do we know that Jesus really was born, as Sacred Scripture attests, in Bethlehem?

Steve Ray, a Catholic convert (and author of Crossing the Tiber) who frequently leads pilgrimages to the sacred sites in the Holy Land, explains that:

The earliest Christians realized the importance of these sites and immediately viewed them as sites to be remembered and venerated. Small chapels were built and pilgrims came from around the world to visit these spots and to pray.

When Christianity became legalized, churches were built on these sites. Tradition, archaeology and the ancient witness confirms the authenticity of the sites. Below is a few examples relating to Bethlehem.

In a very enlightening side note, Bethlehem was mentioned by St. John Chrysostom in his Commentary on the Gospel of Matthew, written in AD 370:

“. . . Since that birth [of Jesus], men come from the ends of the earth to see the manger, and the site of the shed.”

The early Christians remembered and preserved the location and pilgrims like you visited even in the first centuries. Emperor Hadrian built pagan shrines over the holy places in 135 A.D. He thought the memory of the sites and associated faith would be obliterated forever. But then Emperor Constantine legalized Christianity. His mother St. Queen Helena went to Israel, asked the locals where Jesus was born, where he was crucified…

They pointed to the shrines and showed her what they all still remembered well. Queen Helena knocked down the pagan shrines and what did she find? The remains of early Christian veneration. She built a huge church over the place of Jesus’ crucifixion and resurrection, another over the place of Jesus’ birth in Bethlehem and a large church over the cave on the Mount of Olives where Jesus ascended into heaven.

Continued reading from Steve Ray: Was Jesus Really Born at THAT Place in Bethlehem?

The date of the celebration of Christmas is attested by the Church Fathers. The earliest written account which explicitly mentions the birth of Jesus occurring on December 25th comes to us from St. Hippolytus of Rome (170–235 A.D.):

“For the first advent of our Lord in the flesh, when he was born in Bethlehem, was December 25th, a Wednesday, while Augustus was in his forty-second year, but from Adam, five thousand and five hundred years.”

Pope St. Telesphorus (c. 125–136 A.D.), the seventh bishop of Rome, added the midnight Mass to the liturgies already taking place on December 25th in order to honor the precise hour of the day on which it was already believed that Jesus Christ was born into the world.

Theophilus (115–181 A.D.), the Bishop of Caesarea in Palestine which was a predominant See in the first centuries of Christianity, leaves us the record that: “We ought to celebrate the birthday of Our Lord on what day soever the 25th of December shall happen.”

All of these early witnesses are prior to Christianity moving out of the catacombs and becoming legalized across the Roman Empire with the Edict of Milan in 313 A.D.

The date was then finalized for the universal Church by Pope Julius I in 350 A.D. 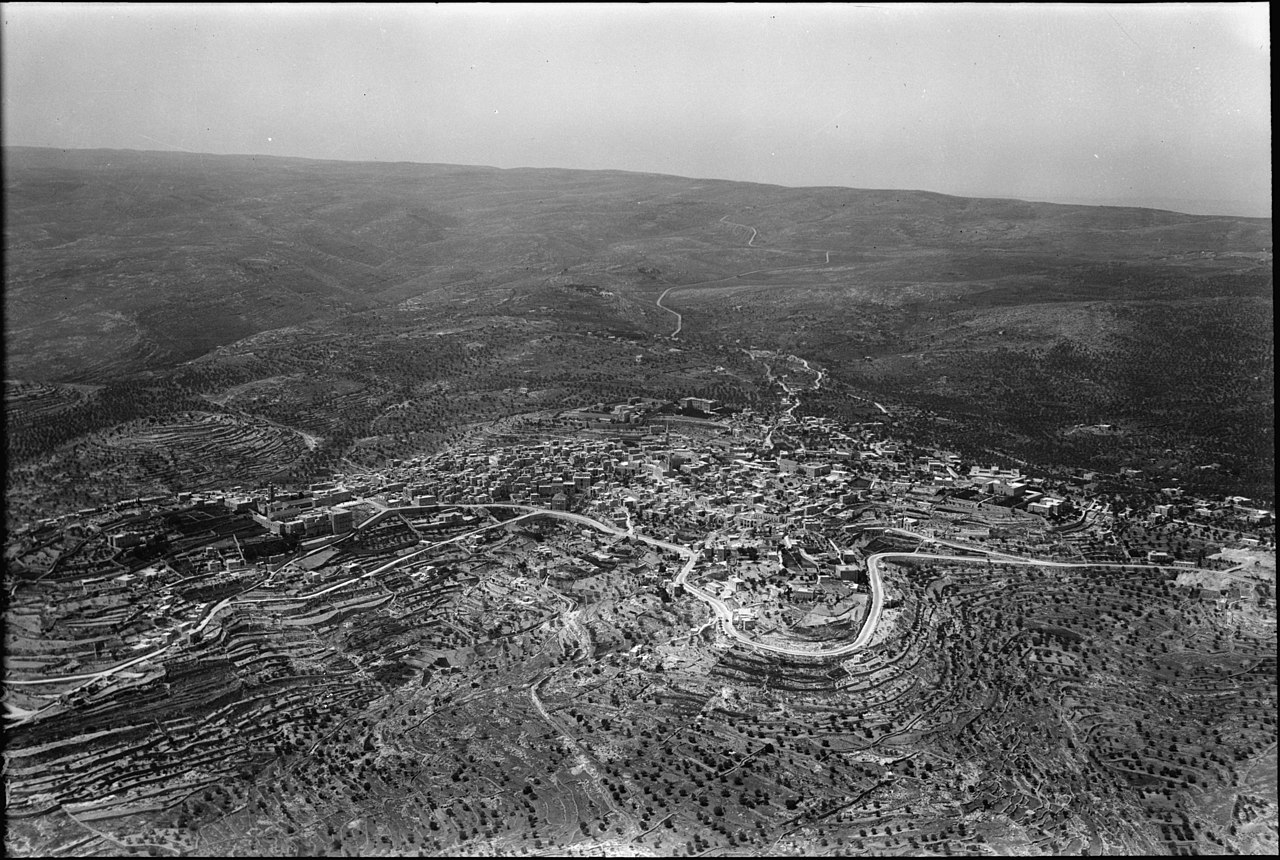 Aerial view of Bethlehem and its surroundings in 1931

It's important to remember that—just as the early Christians desired to honor the places in which important events related to Jesus occurred—they also wanted to honor as closely as possible the precise dates on which they actually happened.

This was their sacred religion, and Jesus was their Lord, for whom they were being mercilessly tortured and killed. Locations and dates were, as they are today, of the utmost importance, because Christianity is fundamentally an incarnational—"in human flesh"—religion.

Furthermore, as Dr. Taylor Marshall explains in his very detailed and interesting Defense of the Traditional Date for Christmas, the pagan celebration of the winter solstice (December 21–22) started and finished prior to December 25th.

The cult of the Roman sun god was propagated at least a century after the earliest written account we have of Christmas being celebrated on the 25th of December.

More likely, as Taylor Marshall argues, this pagan feast was instituted to quell the celebration of the birth of the God of the Christians—and not the other way around.

So, in conclusion, there were no widespread pagan festivities happening on December 25th prior to the celebration of the Christmas feast.

In addition to the early Christian tradition, there is also biblical evidence that points to the accuracy of Jesus being born on December 25th: namely, the account of the conception of St. John the Baptist.

The Gospel of Luke indicates that the Annunciation of the Archangel Gabriel to the Blessed Virgin Mary occurred six months after the conception of St. John the Baptist, with the date of the conception of St. John the Baptist being deduced from the prescribed time that his father, Zechariah, was serving in the temple when he received his own vision of the Archangel Gabriel. (Read the detailed explanation on this from Dr. Taylor Marshall here.)

The date of the Annunciation was celebrated by the Church since ancient times on March 25th, placing Jesus' birth nine months later in December, near the time of the winter solstice, i.e. December 25th.

This is the most accurate and probable date that we have—based on Church history, sacred tradition, and biblical scholarship—of the actual date of Jesus' birth.

And the timing with the stars of heaven is, of course, providential. The universe was made through Jesus Christ, the Son of God (John 1:3). When the world was at its darkest, the "Sun of Justice" (Malachi 4:2) and the "Light of the World" (John 8:12) dawned—the arrival of the promised Messiah for the salvation of mankind.

The significance is potent. The heavens do indeed tell the glory of God! 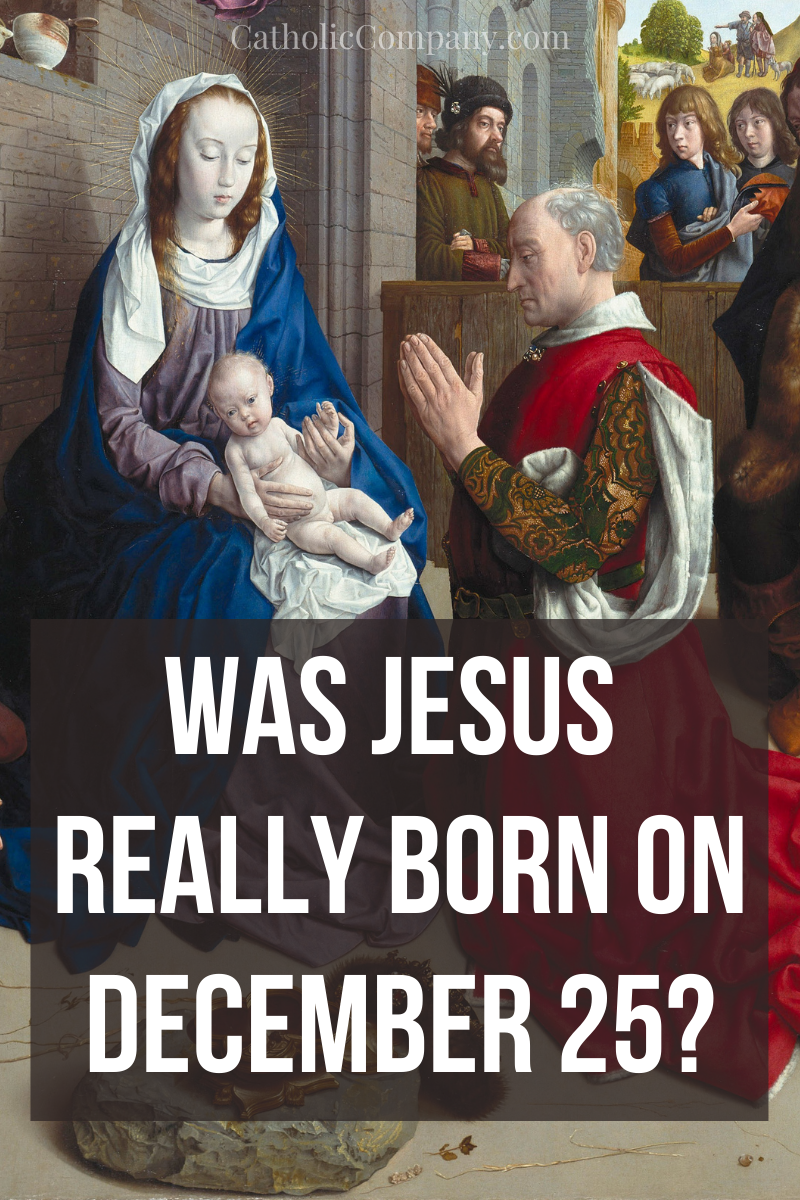 This article has been updated. It was originally written in 2016. © The Catholic Company. All rights reserved.