St. Angela Merici, born in Desenzano, Italy in 1474, established the Ursuline Order to teach young girls the Catholic Christian faith. This little known but powerful friend of God truly had the heart of a teacher, and she has many lessons for us today.

Here are a selection of quotes from this devoted foundress, and corresponding valuable lessons to be learned from the life of St. Angela Merici: the Patroness of the Sick, the Disabled, and Those Grieving the Loss of Parents.

“Have faith and keep up your courage.”

St. Angela Merici was orphaned along with her sister at the tender age of ten. She lived in a time of war, strife and violence as a young girl with no parents to guide or console her. When she lost her sister to an untimely death, she felt a terrible anguish, and prayed earnestly for her sister’s soul.

She received one of her first visions after these prayers, confirming her sister was in heaven and bringing her a powerful peace.

Despite the great early loss and tragedy in her life, Angela entrusted herself to God and accomplished great things with and for Him. 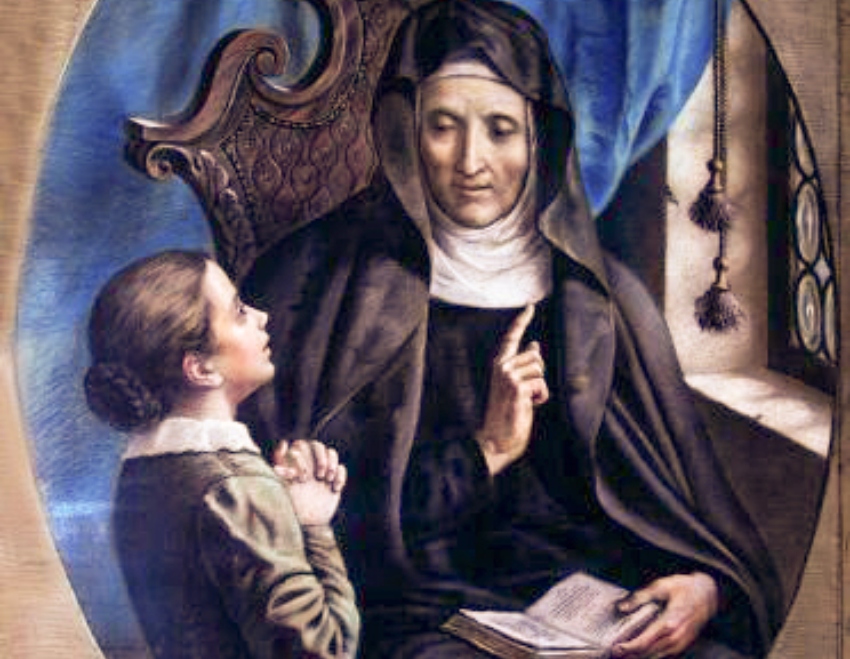 “Disorder in society is the result of disorder in the family.”

Angela held a sincere belief that women had a special place in the world not fully recognized by society. Though they had no money or power of their own in society at that time, they could have such tremendous influence through the holy rearing of their children and their vocation as the heart of the home.

St. Angela recognized the value of instructing young girls to become devoted Catholic Christian wives and mothers. She believed this could elevate family life and transform society and culture. She received another vision in her teenage years confirming this conviction, and instructing her to establish the Ursulines, first called the Company of St. Ursula.

They lived under a simple Rule in their own homes, but met for prayer and instruction, with a mission of teaching young girls. St. Angela’s students learned the Faith, virtues, prayer, service to others, and how to follow Christ through the Church and bring Him into family life. 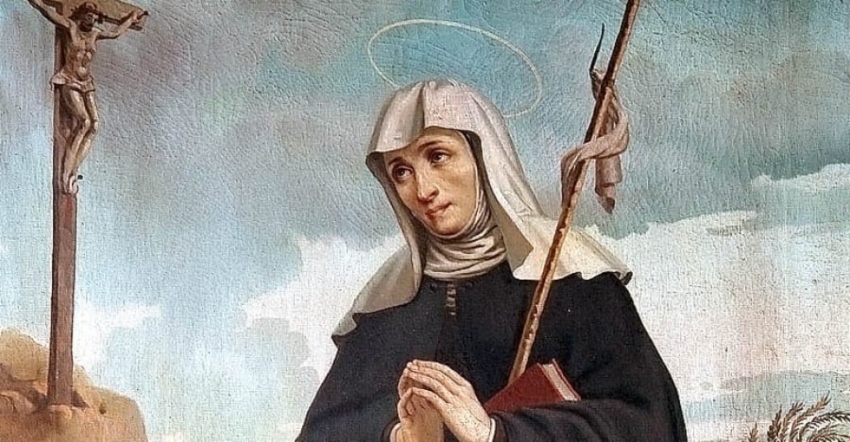 “Strive to be faithful to that which God has called you.”

At the beginning of a pilgrimage to the Holy Land in 1524, Angela inexplicably lost her sight on the island of Crete. She was praying before a Crucifix there, and suddenly, she could not see.

She persevered, despite her blindness, and made the entire pilgrimage as she had planned. Visiting all the sacred shrines, but unable to see anything, she remained joyful and engaged with others.

Her heart was overflowing with love and enthusiasm for the journey despite the considerable hardship. Though needing great assistance, she pressed on hopefully and in humility, refusing to let fear overtake her.

When she passed through Crete at the end of the pilgrimage, her sight was fully restored as she prayed before the same Crucifix. She believed this experience was a gift from the Lord, to teach her never to shut her eyes to the needs of others, or her heart to the will of God.

“Keep to the ancient way and custom of the Church, established and confirmed by so many Saints under the inspiration of the Holy Spirit."

St. Angela lived in a time of strife and corruption within the Church, but held firm to the teachings of the Faith and remained true to the Bride of Christ. She understood that the troubled world could only be healed through the saving grace of God and the Church.

She devoted her life to the Lord by consecrating herself in virginity and working for her mission. She became a Third Order Franciscan and lived a life devoted to prayer and service through the Church. During the Jubilee Year of 1525, she made a pilgrimage to Rome to visit the Holy Father.

Having heard of her holiness, her mission, and her success in teaching young women, the Pope invited her to stay in Rome. St. Angela was humble, disliked publicity, and declined his generous offer, vowing to continue establishing schools for the glory of the Lord and the Church. This visit inspired her to formalize her Order. 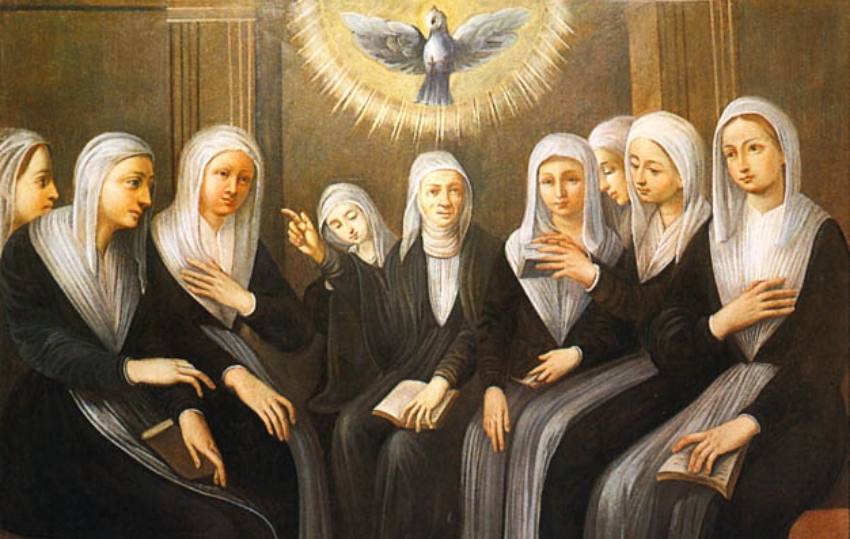 "Without doubt you will see marvelous things if you direct everything to the praise and glory of His Majesty and the good of souls.”

Through the love and piety of St. Angela Merici and her cooperation with God’s grace, the Ursulines became the first group of women to work outside a cloister or convent, and the first female teaching Order in the Church.

At the time of St. Angela’s death in 1540, the Ursulines existed as a Secular Institute. Four years later, Pope Paul III recognized them as a religious Order with a teaching ministry. St. Angela and her legacy live on today through her timeless wisdom and the Ursulines, now serving the children of God in thirty-six countries around the world. Her feast day is January 27.

A Prayer to St. Angela Merici

Invoked for centuries against sickness, for physical handicaps, and in the loss of parents, St. Angela is a powerful example of faith and love of God through the Church. She is a model for serving others to better our world and bring Christ’s love to our brothers and sisters.

A Prayer for the Intercession of St. Angela Merici

St. Angela Merici, help me to see that I have received from God

special graces to place myself at the service of others.

Assist me in recognizing the needs in my community,

that I may bring your charity, faith, hope, and joy into the world.

Help me to hold fast to the teachings of Christ through His Church,

always expressing them in everything I do.

May I live by example as you did, devoting myself to Him and others.

Be with me in suffering and infirmity, in grief and abandonment, in times of worry.

Help me persevere in joyful hope of obtaining heaven.


St. Angela Merici, pray for us!