St. Barlaam of Antioch (also known as St. Barlaam the Martyr, or St. Barlaam of Caesarea) was an early 4th century martyr with a glorious story of fortitude in the face of torture and an unlikely champion of the Church.

THE MARTYRDOM OF ST. BARLAAM OF ANTIOCH

St. Barlaam was an elderly, uneducated peasant jailed for his Christian faith in Caesarea as part of the persecution of the Roman Emperor Diocletian. When his trial arrived he was scourged, racked, and tortured for days in an attempt to force him to apostatize. After each inhumane trial he was asked to renounce his Christian faith. He refused.

The judge became frustrated with Barlaam's refusal to capitulate and renounce his faith. He contrived a plan to trick him into rejecting Christ, then release him from captivity upon this public denial of his faith. This would both show the masses the generosity of Diocletian if only they would forsake Christianity, as well as weaken the Christian cause by showing that a stalwart supporter had embraced idol gods. 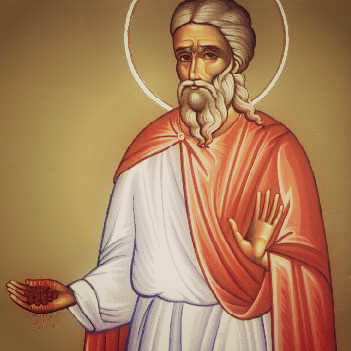 The judge placed Barlaam in front of a pagan altar, covered his right hand with incense, and held his hand over burning coals (in another account, it was a red-hot censer that was placed in his hand).  The judge's plan was to force Barlaam's hand to flinch with the pain of the scorching heat.  Any movement from his hand would cause the incense to fall on the coals, and the judge could then proclaim it as a public act of sacrifice to the idols.

Instead, Barlaam endured the pain in perfect stillness. His faith never faltered, and his hand never flinched!  He held still until his hand burned off completely. Irate, the judge ordered his immediate death.

AN ORDINARY HERO OF THE FAITH

St. Barlaam was not a member of the clergy or a religious order. He was an ordinary peasant, an isolated country laborer, without education or wealth. His vows to Christ were those he made in the stillness of his own heart. His heroic fortitude is all the more awe-inspiring because of these circumstances. He was martyred in 304 A.D. His feast day is November 19th.

St. Barlaam of Antioch, pray for us! 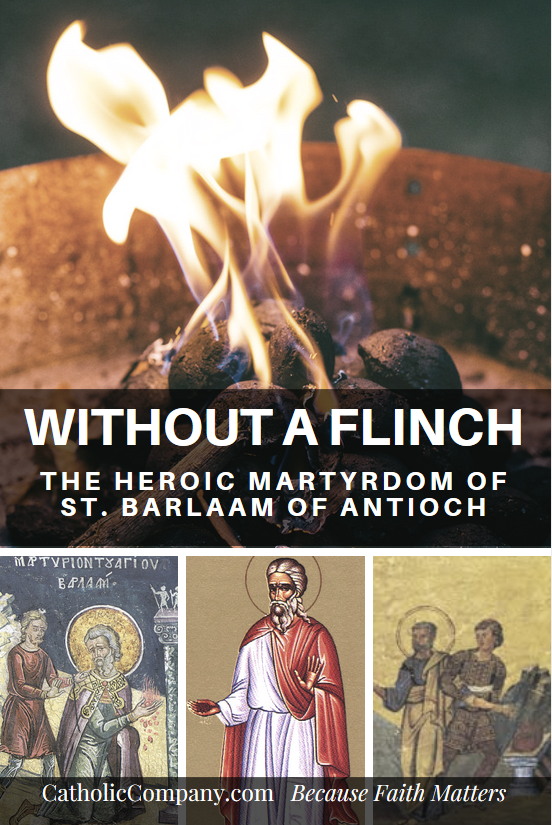 This article has been updated and was originally published in November 2014. © The Catholic Company. All rights reserved.