Are you familiar with the Way of Saint James, El Camino de Santiago?

Did you know that it has been one of the most important Christian pilgrimages since medieval times? It is made on foot, with starting points in various European locations, and ends at the shrine of the Apostle Saint James the Greater, at the Cathedral of Santiago de Compostela in northwestern Spain. That is where the remains of this saint are buried. He is believed to be the first Apostle to suffer martyrdom, in 44 A.D.

The pilgrimage to his shrine has been made continuously since the remains of Saint James were re-discovered. Even as far back as the 9th century, there are records of the arrival of pilgrims at the Cathedral of Santiago. Some people made the journey as a form of penance. Many today still take up this route as a form of spiritual retreat.

The Cathedral of Santiago de Compostela

If you talk to anyone who has made the pilgrimage, they will tell you it is life-changing. But most of us will never have the ability, or the opportunity, to make such a pilgrimage.

This does not mean, however, that you can't make this journey interiorly, through the power of prayer.

So in honor of this famous pilgrimage route, we've designed two rosaries. Praying the rosary, cradling its powerful symbols in your hands, you can travel El Camino de Santiago in spirit. 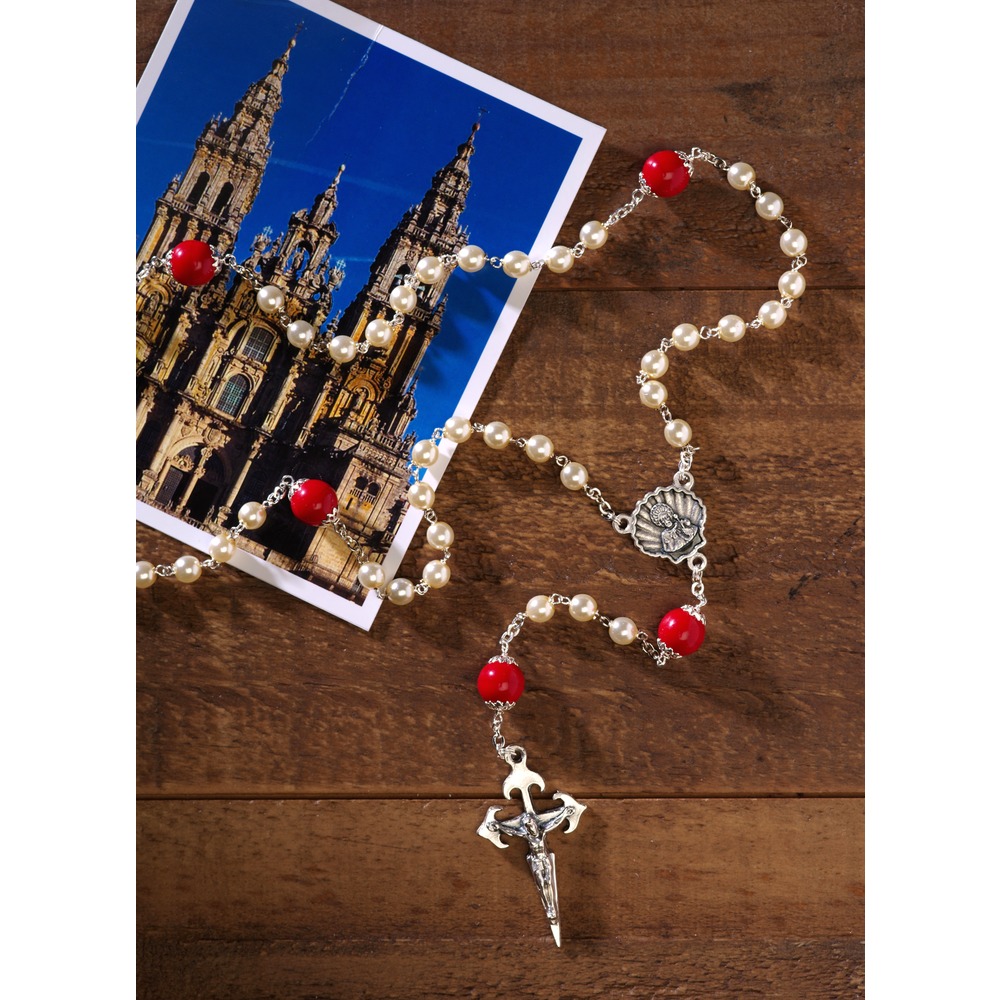 The rosary has Czech glass beads, and comes in either pearl and red, or black and red. Both of them feature the scallop shell as a centerpiece. This is the most recognizable symbol of the pilgrimage; those who took part often wore the shells to show themselves as pilgrims, or brought one home as proof that they had made the journey.

The rosary also features the cross of Saint James. His cross has a unique design that makes is stand out, such as a pointed end (representing the sword of Saint James, which references his martyrdom by the sword) and three other "forked," rounded ends; notice how the top of the cross faintly resembles the shape of a scallop shell.

The uniqueness of each is made beautiful by the profound spiritual significance.

You can find more details about each rosary and get one for yourself: 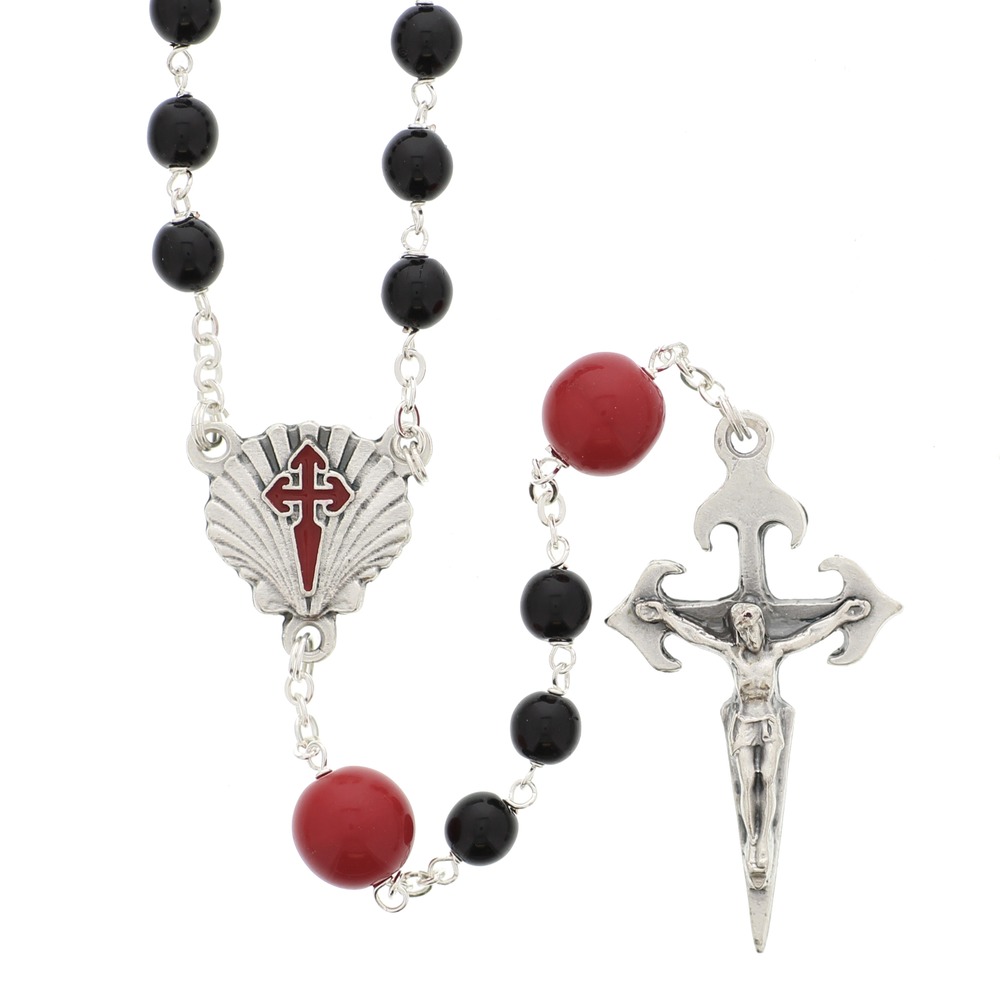 Our prayer life is a continuing journey. Each word uttered to God in the silence of our hearts is a step towards Him.

The Way of Saint James is a source of inspiration to us. But Jesus Himself is the True Way, a Way that all of us are called to follow.

To pray the rosary is to meditate on the life of Christ. Mary will lead us to Him, and through the power of this prayer, we will find ourselves on The Way and in the arms of Truth Himself.

Have you ever made a spiritual pilgrimage, when you were unable to actually make one?

How has a special devotion, such as this one to Saint James the Apostle, been a grace in your life? 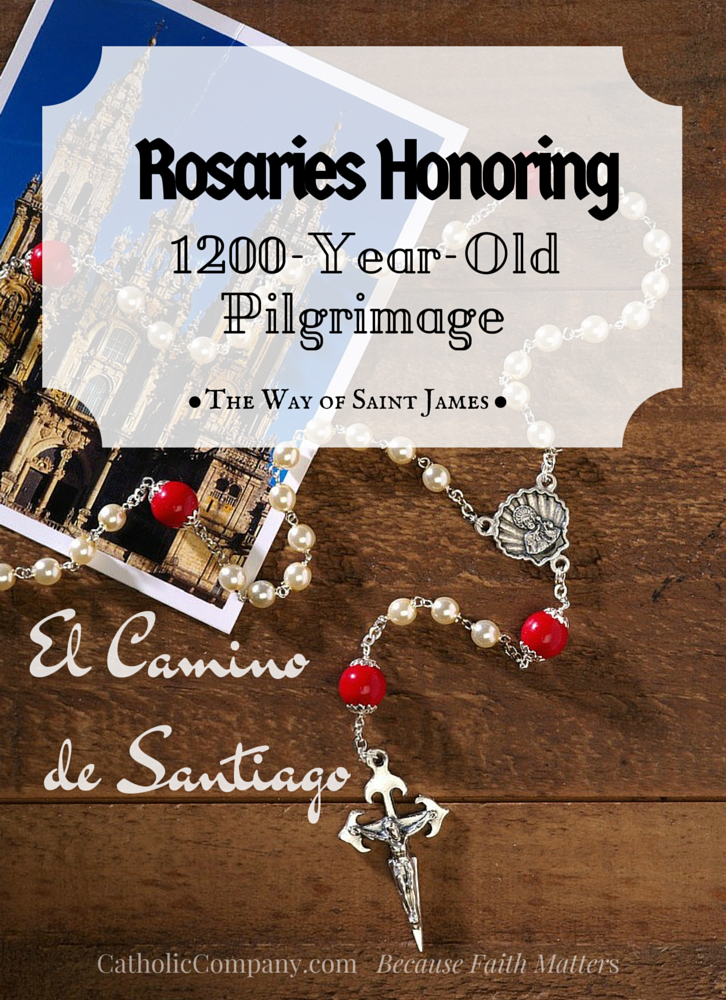