In October of 2012 the Holy Father Pope Benedict XVI initiated a special papal Year of Faith that runs through the end of November 2013.  The vision for this strategic move, in the words of the Holy Father, is that, "We want this Year to arouse in every believer the aspiration to profess the faith in fullness and with renewed conviction, with confidence and hope."  By announcing the Year of Faith, the Pope is trying to combat the spiritual plagues of our time that he has repeatedly warned against, secularism, poor catechesis, and religious indifference, by encouraging Catholics to learn and live their faith in the public square.

A secularist philosophy, worldview, and ethos is a self-deceived cancer that thinks it's a cure to the disease of religion.  However, in reality, it is itself a disease that proliferates by infecting others with bad thinking and atrophied faith while eating away anything religious out of the public sphere. And there is a cure.  Christianity is the only religion, and the Catholic Church the only institution of any kind, that can take secularism head-on and win. Luckily the only is also the best. “We know that, ultimately, Christian faith provides a surer basis for life than the secular vision,” says Pope Benedict.

However, the Catholic Church cannot execute this task of "professing the faith in fullness" unless those that make up the Church are well-catechized.  And even being well catechized is not enough, because you also have to have the "renewed conviction, with confidence and hope" to overcome the kind of religious indifference that would rather succumb to the intoxicating power of mindless distractions.

So, if you don't have plans to do something special for the Year of Faith, you really, really should. It's time for Christians to suit-up.  The days of bench-warming are over, it's time to get your heart invested in the game.  Again, as the Holy Father reminds us, “Do not labour for the food which perishes, but for the food which endures to eternal life” (John 6:27). 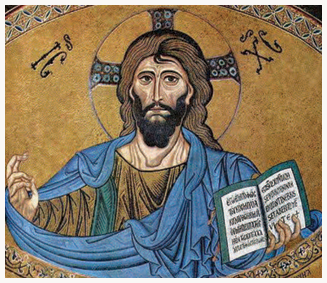 1) Read & study the Catholic Bible:  "We must rediscover a taste for feeding ourselves on the word of God, faithfully handed down by the Church, and on the bread of life, offered as sustenance for his disciples."

2) Read & study the Catechism of the Catholic Church:  "Blessed John Paul II wrote: 'this catechism will make a very important contribution to that work of renewing the whole life of the Church.'"

3) Read & study the Church Documents of the Second Vatican Council (Vatican II): "It seemed to me that timing the launch of the Year of Faith to coincide with the fiftieth anniversary of the opening of the Second Vatican Council would provide a good opportunity to help people understand that the texts bequeathed by the Council Fathers, in the words of Blessed John Paul II, 'have lost nothing of their value or brilliance.' They need to be read correctly, to be widely known and taken to heart as important and normative texts of the Magisterium, within the Church's Tradition ... I feel more than ever in duty bound to point to the Council as the great grace bestowed on the Church in the twentieth century: there we find a sure compass by which to take our bearings in the century now beginning.”

4) Do charitable things: "The Year of Faith will also be a good opportunity to intensify the witness of charity. As Saint Paul reminds us: 'So faith, hope, love abide, these three; but the greatest of these is love' (1 Cor 13:13). With even stronger words – which have always placed Christians under obligation – Saint James said: 'What does it profit, my brethren, if a man says he has faith but has not works? Can his faith save him?'."

Now, doing the above things will be time-consuming and will not be easy. But it will be worth it. Not only because it's good for you to combat secularism, poor catechesis, and religoius indifference in your own hearts and minds, but the things that you learn will deepen your conversion to Christ which in turn radiates to those around you. And that is what it's all about.  The Holy Father tells us that, "The renewal of the Church is also achieved through the witness offered by the lives of believers: by their very existence in the world, Christians are called to radiate the word of truth that the Lord Jesus has left us." Plus, there are also special indulgences given for doing the above things during the Year of Faith which you can read about here.

Do you already have New Years resolutions for the Year of Faith? How is it going so far?