An archaeological dig in Rome recently uncovered the earliest-known icons of the Apostles Peter, Paul, Andrew, and John. Yes, the early Church venerated the saints! From Fox News:

ROME — The earliest known icons of the Apostles Peter and Paul have been discovered in a catacomb under an eight-story modern office building in a working-class neighborhood of Rome, Vatican officials said Tuesday.

The images, which date from the second half of the 4th century, were discovered on the ceiling of a tomb that also includes the earliest known images of the apostles John and Andrew.

They were uncovered using a new laser technique that allowed restorers to burn off centuries of thick white calcium carbonate deposits without damaging the dark colors of the original paintings underneath.

The paintings adorn what is believed to be the tomb of a Roman noblewoman in the Santa Tecla catacomb and represent some of the earliest evidence of devotion to the apostles in early Christianity, Vatican officials said in opening up the tomb to the media for the first time. Continue reading here.

Read next: Early Christian Iconography in St. Priscilla’s “Queen of the Catacombs” 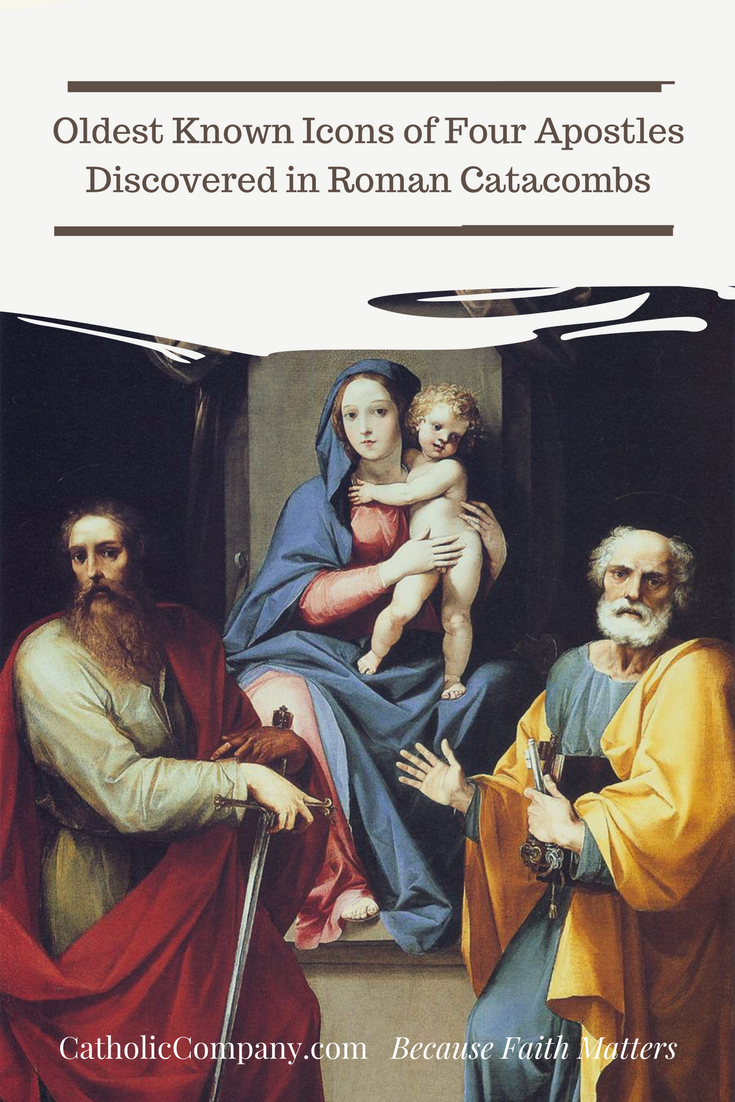