Historians have often remarked that during long stretches of peace, when there is not much tumult or volatility, we human beings can be lulled into a sense of complacency.

While it is certainly good to have peaceful times, the very fact that things are running smoothly creates a kind of passivity that can be dangerous—it means that we can be caught off-guard.

This happens not only in everyday life, but in the spiritual realm, as well.

The Man Who Found Himself Pope

This is the just the sort of time into which Fabian found himself the pope.

I say "found himself Pope" with a certain accuracy, since Pope Fabian had no intention or even forewarning of being called into the papacy.

History does not tell us why, in fact, Fabian had come to visit Rome from his farm in January of the year 236, but it does tell us that on the 10th of that month he was gathered with many others in Rome.

Perhaps he had come to see who might be elected the next pontiff—or perhaps he was there to visit family in Rome. Regardless, while the clerics were in the process of electing the new pope, something amazing happened. According to Church historian Eusebius, a dove flew in and settled on the head of Fabian.

The dove "settled on [Fabian's] head as clear imitation of the descent of the Holy Spirit in the form of a dove upon the Savior" (Eusebius). To all who were there, this incredible sign united the votes of clergy and laity, and Fabian was chosen unanimously. 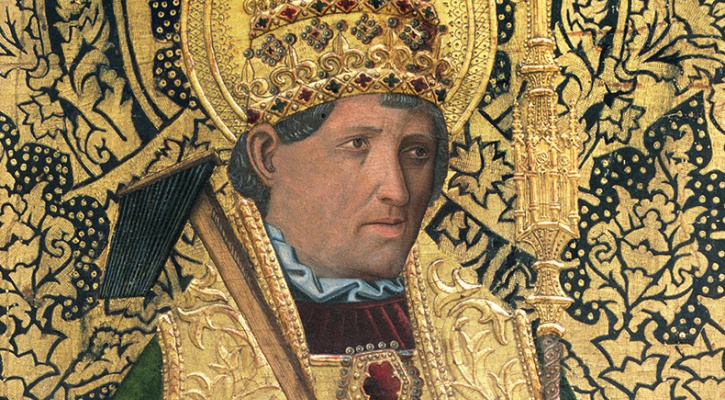 A Holy Leader in Times of Peace and Turmoil

Fabian led the Church for fourteen years. During that time, a great peace was upon the Church. Shortly before Fabian was elected, the Church began to see an ease to the suffering and persecution she had experienced in recent times. The emperor, Philip, also aided in the acceptance of Christians.

In this era of peace, Fabian was able to build up the structure of the Church of Rome, appointing seven deacons and helping to collect the acts of the martyrs—that is, to gather "the reports of the court proceedings on the occasion of their trials."

He also helped to rebuild many churches and is known for his help in restoring the Cemetery of Callixtus outside of Rome.

The Church thrived for a time and yet, just as swiftly as the peace had come, it seemed to go.

Those who had always been in power did not like seeing newcomers growing and thriving. There began to be incidents of pagans attacking Christians on a more consistent basis. 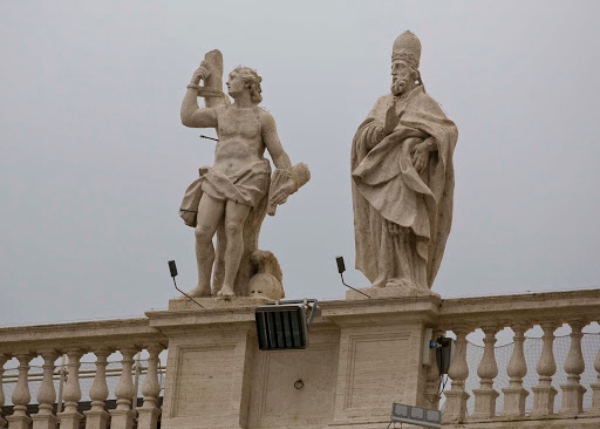 When Emperor Philip died, "so died the time of peace" (Saints and Angels website). The new emperor, Decius, who was not friendly with the Church, ordered all Christians to deny Christ by offering incense to idols or through other pagan rituals.

Fabian is buried in the Cemetery of Calixtus that he helped rebuild and beautify. A stone slab with his name can still be found there. Saint Cyprian wrote to his successor that Fabian was an “incomparable” man whose glory in death matched the holiness and purity of his life.

If you visit Rome today, you can go to the catacombs of Saint Callistus and see the stone that covered Fabian’s grave. It is broken into four pieces, bearing the Greek words, “Fabian, bishop, martyr.” St. Fabian's feast day is January 20.

Perhaps St. Fabian is a saint for our times. When we are tempted to become complacent or timid about our faith, let us remember St. Fabian!