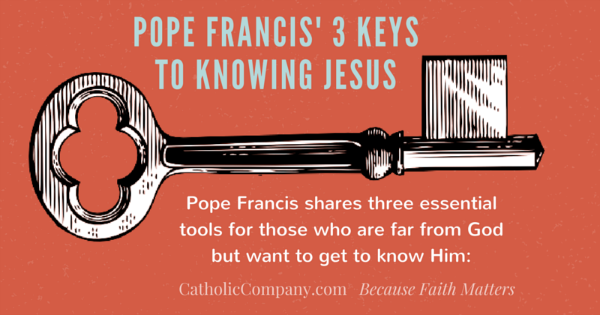 During one of this weekly Angelus addresses earlier this year, Pope Francis shared three essential tools for those who are far away from Jesus but who have a desire to get to know Him better:

"To all these people, we can offer three things: the Gospel, the Crucifix and the witness of our faith, poor but sincere.

The Gospel: there we can encounter Jesus, listen to Him, know Him.

The Crucifix: sign of the love of Jesus who has given Himself for us.

And then a Faith that is translated in simple gestures of fraternal charity.”

The Pope reflected on the Gospel passage that recounts how Greeks and Jews asked Philip the Apostle to see Jesus (John 12).

"Now among those who went up to worship at the festival were some Greeks. They came to Philip, who was from Bethsaida in Galilee, and said to him, 'Sir, we wish to see Jesus.' Philip went and told Andrew; then Andrew and Philip went and told Jesus. Jesus answered them, 'The hour has come for the Son of Man to be glorified.'" (John 12:20-23) 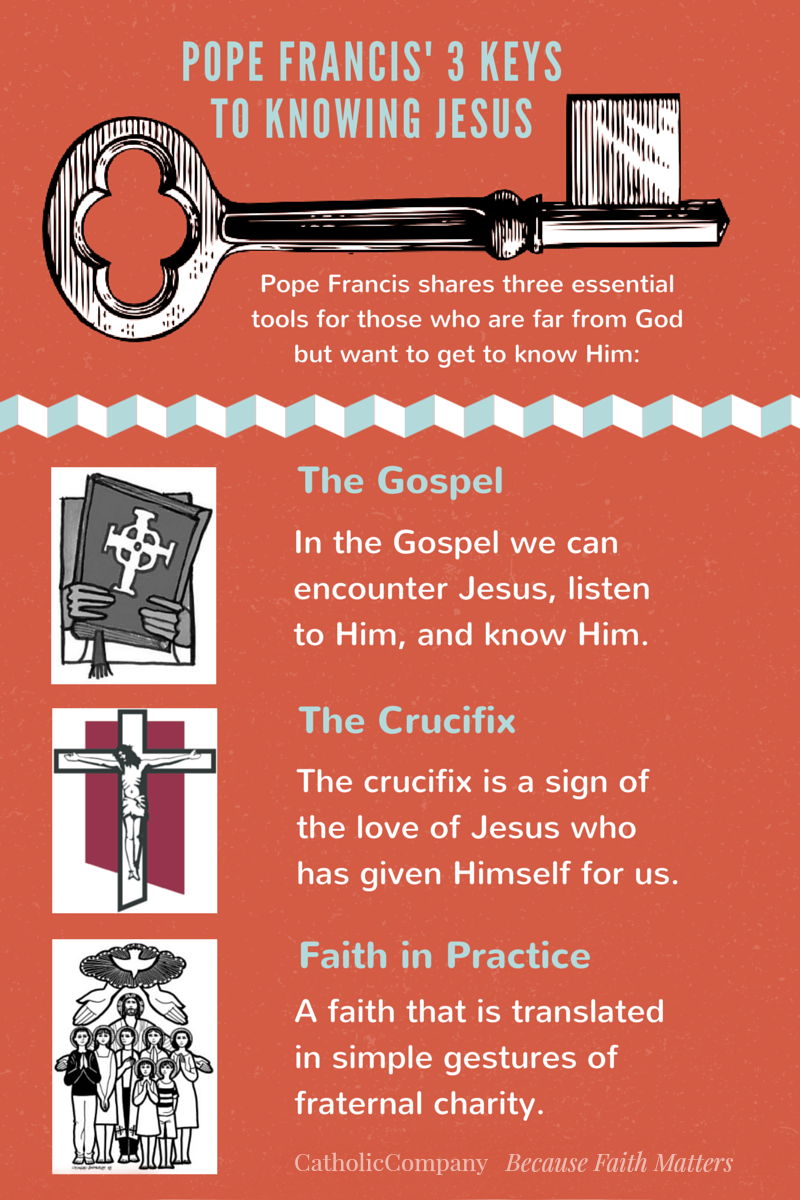