We at The Catholic Company are excited to offer the new DVD set, Queen of Heaven: Mary's Battle For Souls DVD, a new series which allows you to encounter Mary as you never have before.

I recently viewed the series with my younger children (ages 13, 11, and 7) and with my mother.  Regardless of whether you are a new Catholic or a "cradle Catholic", or whether you are 7 years-old or 80 years-old, this DVD series helps all of us to understand and appreciate the great battle between the angel who said “no” to God, and the woman who said “yes.” The battle that has flared through history to the current day is laid out clearly and powerfully in this 8-part DVD series.

"Since the very beginning, even before we witness Mary on the scene, we hear of the woman who will crush the head of the devil. After Creation, the first major event in the Old Testament is the temptation of Eve.  In this scene, we see an angel (the fallen angel in the form of a serpent) and a woman.  In the first major event of the New Testament, we again see an angel and a woman.  The woman in the first scene makes a choice and says no to God.  In the second scene, the woman says yes and her choice makes redemption possible, " Rotondi said.

Rotondi explained that it is this "reversal" that prepares us for Christ.  The battle element is there because of sin.  "Throughout history we see this battle continue, and we see Mary coming to us at crucial points along the way.  She comes first in her Immaculate Conception and is, of course, an integral part of the Incarnation. Although she leads a quiet and humble life, we hear her words throughout history, 'Do whatever He tells you...'

"Mary is history’s most famous woman who always points us to her Son. Those who come to her at their hour of need are welcomed with a mother’s love, compassion, and care. She is gentleness itself to all who turn to her, except for one:  Lucifer."

"As Saint Louis de Montfort wrote, ultimately God has established only one enmity, the enmity between Mary and the devil. But this enmity is an irreconcilable one, and involves not only Mary and the devil but those who walk in her footsteps, and his."

This series takes the viewer on a journey as Mary defends Christendom at Lepanto, frees a captive people at Guadalupe and heals a broken nation at Lourdes.  It takes us to Fatima as she predicts the rise of Communism—and is there as she defeats it through her beloved Pope.

Part of what makes this DVD series so powerful is the quality of director Kevin Gallagher's (Saint Benedict Press) production. This includes the choice of Shakespearean actor Leonardo Defilippis for narration, and on-location filming at sites such as the National Shrine, the Franciscan Monastery, and the Blue Army Shrine. Images and recreations of the beautiful scenes of Fatima, Lourdes, and Mexico City at the time of the Guadalupe apparitions are contrasted with images of opposing forces who wish to disrupt Heaven's plan.

The result is a commanding and formidable video that keeps you wanting to see more.  My children would ask to see the next in the series immediately after viewing each one.  The many experts in the series bring authority and validation to the script as well.  Some of these experts include Father Jeffrey Kirby, Dr. Paul Thigpen, Tim Staples, and Dr. Mary Healy.

You won't want to miss this beautiful and inspiring story of Mary's presence in history and of her special place in the life of her Son.  As I mentioned earlier, my children and my mother enjoyed viewing all of the series, and I know you will too.  Discover why, though the battle continues, victory is assured to all who follow the Queen of Heaven in saying yes to Our King! 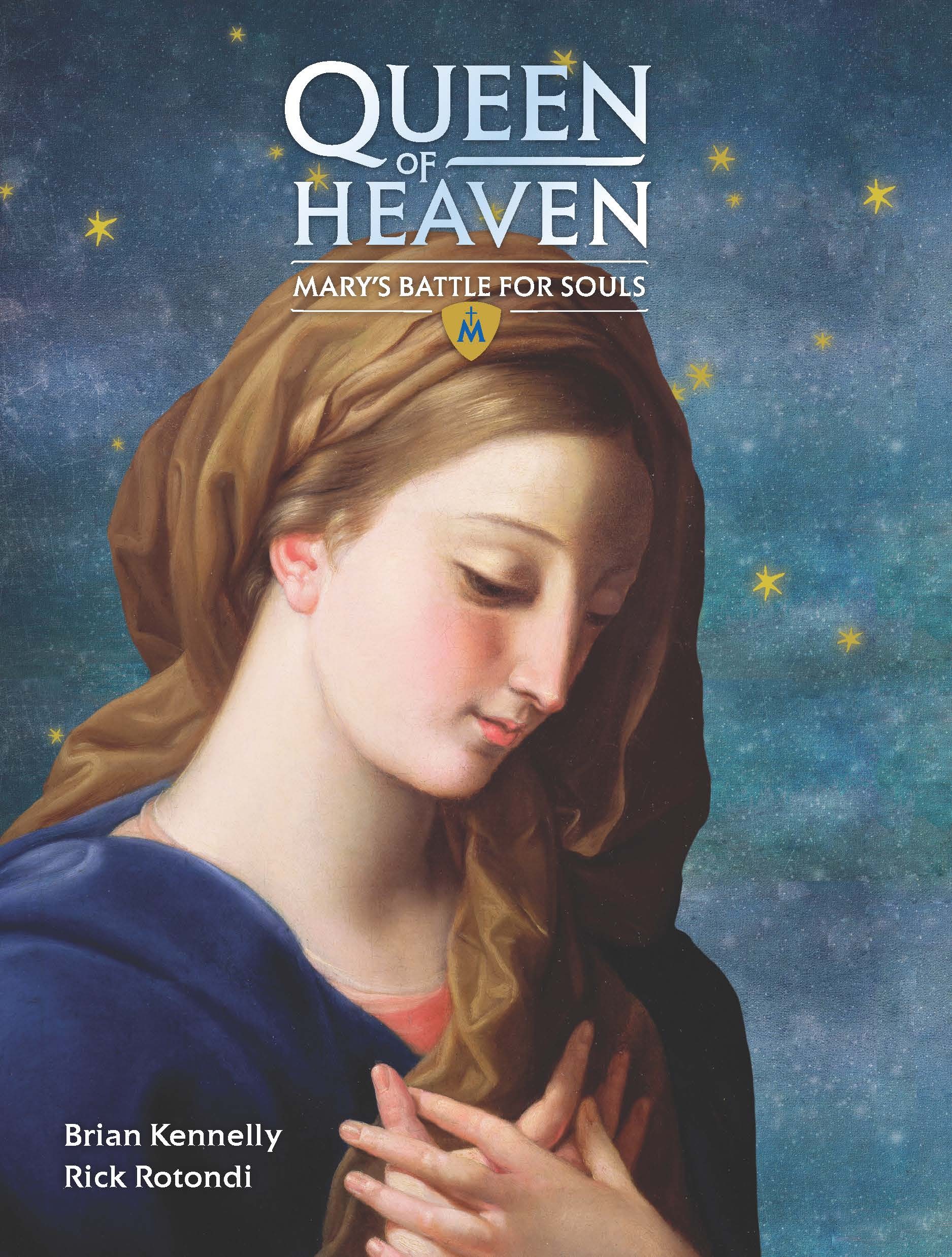