April 23rd is the feast day of one of the Church's most popularly-known-yet-mysterious saints: St. George.

WHO WAS ST. GEORGE?

St. George was a soldier in the Roman army before being martyred in the fourth century. Unfortunately, little else is known about his life with certainty. Throughout history many songs, stories, poems, and hymns have been written about Saint George, and this has led to some of the confusion between what is fact and what is fiction concerning his life. The most famous of the legends of St. George is the Golden Legend.

The story about St. George in the Golden Legend would inspire anyone. The gist of the legend holds that the villages in Libya were being harassed by a menacing dragon during the lifetime of Saint George. This dragon ate villagers and their livestock, destroyed armies, and eventually came to target a princess in one of the villages. St. George became aware of this, and, making the Sign of the Cross, did battle with the dragon, defeating it with a single blow. Following this spectacular miracle he gave a powerful sermon, which converted thousands to Christianity. He also received a large sum of money from the king for his victory, and gave it all away to the poor.

An incredible story, right? Unfortunately, its historical accuracy is questionable. However, the story is not without meaning and value. 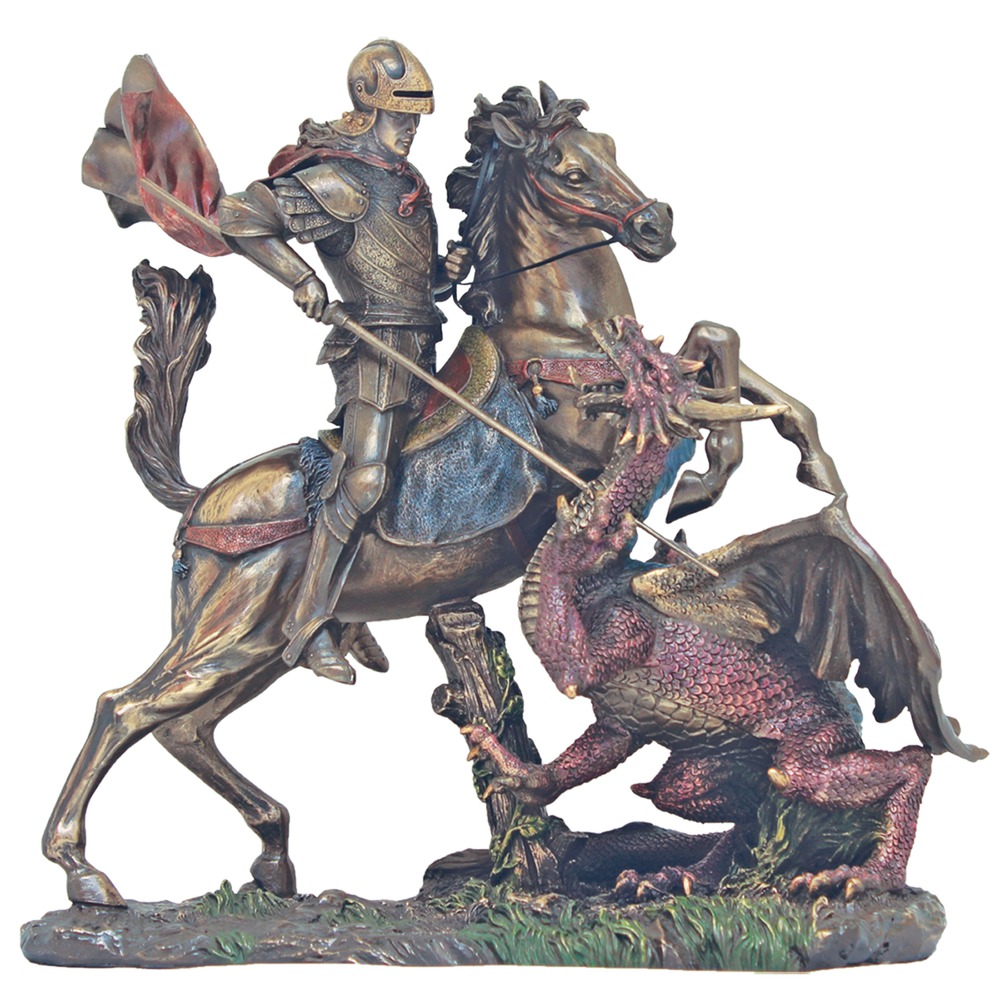 TRIUMPHING OVER THE DEVIL

Many today understand this old legend in a metaphorical sense (sometimes we have a deeper understanding of Scripture in this way). Many see the dragon as a representation of wickedness, Satan, and evil. They also understand the princess as eternal truth, virtue, and beauty. With this understanding of the story, we see that it is actually far more important than it was before.

At first glance the story teaches the importance of courage, faith, and fortitude. However, with a deeper understanding we can see that the story teaches us that just as the dragon desired to take truth and beauty away from the people, so too does Satan and his demons attempt to take truth and beauty away from our lives. So too must we have the faith in God that he will give us courage to battle the devil and protect truth, beauty, and goodness.

This story of St. George is more than a story of a great saint. It is a story about our lives and about what we face every day.

The questionable historical accuracy of the story does not take away from the marvel and heroism of St. George. More than likely he lived as a Roman soldier under Emperor Diocletian who viciously persecuted Christians during his reign. Saint George was targeted for his faith, and, being a soldier, was likely brutally tortured in order to make him deny Christ. Overcoming this temptation to apostasy, St. George was ultimately martyred. Thus, Saint George was a saint of conviction, courage, and tremendous faith as seen through both his legends and life. He pursed the truth, goodness, and beauty of faith in Jesus Christ, and ultimately triumphed over the devil and won the victor's crown. 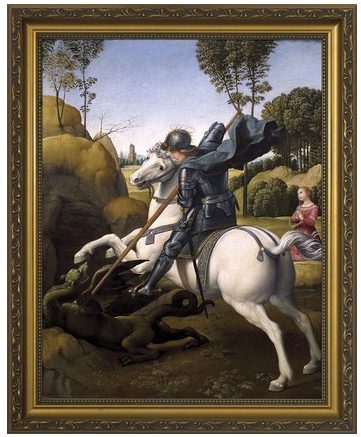 THE PATRON SAINT OF CHIVALRY

Saint George clearly inspired the early Church with his heroic life of virtue. He is the patron saint of chivalry, soldiers, knights, horsemen, the Boy Scouts, skin ailments, and many other causes including various cities and countries throughout the world, most notably England.

If you have any personal stories of the intercession of St. George in your life, please comment below! 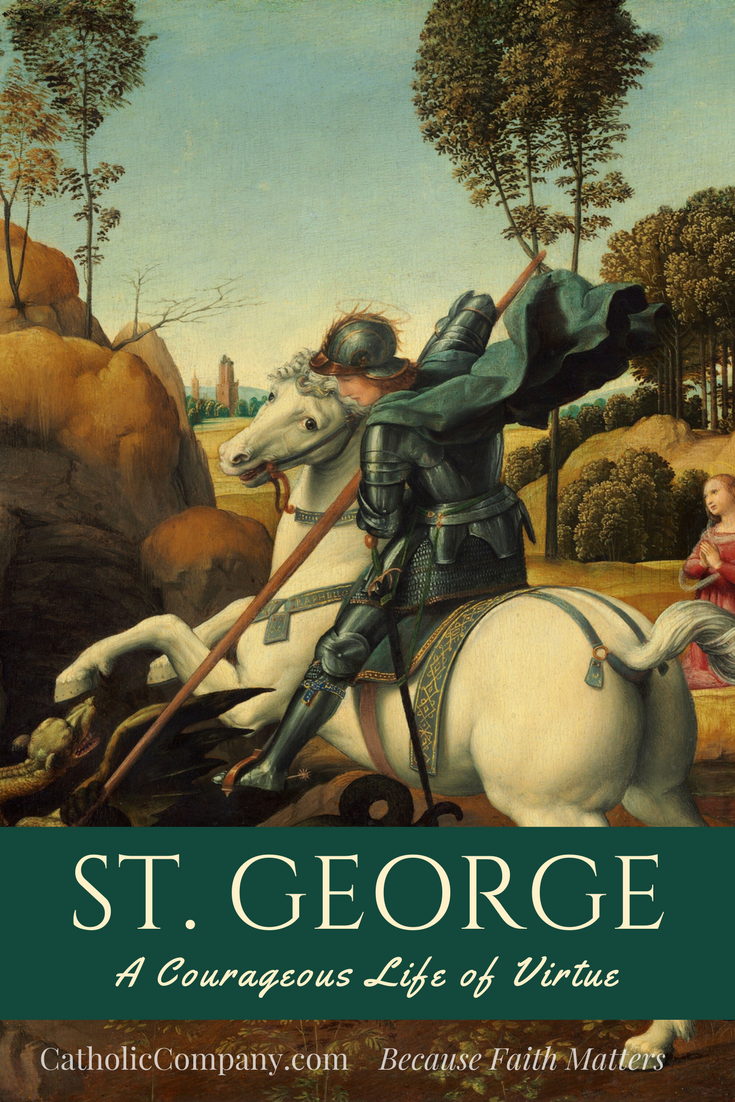 This article has been updated and was originally published in April 2012. © The Catholic Company. All rights reserved.