"Heaven. It had been a subject I'd studiously avoided from the first moment I'd considered that Jesus might exist...I'd pondered the stunning idea that, rather than letting us languish in the cesspool we'd created, God jumped in with us, suffered with us—and for us—to show us the way home.  It all sounded great. Until I pictured my grandmother holding her dying child on her lap in an ambulance, and then the rich theological insights disintegrated into impotent words...But what I had not been factoring in was heaven."

You will have to read Something Other Than God if you want to understand what Jennifer Fulwiler is describing, as she writes about her grandmother's ambulance ride with her dying child in her lap.

Fulwiler takes her readers on more than just an emotional journey as she shares her conversion from atheism to Catholicism, or, as she subtitles her book, "How I Passionately Sought Happiness and Accidentally Found It."

An intellectual, Fulwiler reveals the many obstacles, even from her childhood, that stood in the way of accepting anything but "the obvious fact that the physical world around us is all there is."

I was immediately drawn into Fulwiler's story, and it took me only a few days to finish reading Something Other Than God. Her candid struggle against the barriers that seemed to block her "notion of God" exposes her readers to an intimate view of the interior walls that would ultimately collapse in spite of how long she had been holding them up.

Rather than simply telling us how she had been wrong about this or that, Fulwiler invites her readers to experience the process her mind and heart took during a life-long journey to understand the meaning of God and religion.

Like most of us, her journey is a crooked one. Here are her words as she discovered what she originally saw as a flaw in the system of Christianity:

I didn't see the fingerprints of the divine anywhere in this system. Instead I saw a structure of well-meaning people—people who had found comfort and peace in the Bible, who wanted to share it with others, who did their best to spread the words from which they'd derived inspiration. But, like any other human creation, it was flawed with imperfections that would ultimately doom it to collapse.

Jennifer Fulwiler, author of Something Other Than God

Like any good storyteller, Fulwiler continued to draw me in as she found her questions unexpectedly answered. I was surprised right along with her as the puzzle pieces began to fall into place.

There were times I felt frustrated at what seemed to be her stubbornness, but ultimately I admired her perseverance. I even cheered her on as obstacle after obstacle was removed from her long-held belief system, replaced by a passionate belief in Jesus Christ, and finally it led her into His Church.

A convert myself, I related to much of what Fulwiler wrestled with. Reading her story reminded me of my own journey of heart and mind as I considered the Catholic Church. I appreciated her honesty and vulnerability.

During my own conversion, I couldn't get my hands on enough books about how others also discovered the beautiful Faith that is, as Augustine claimed, "ever ancient, ever new." I longed to understand how they, too, overcame their own stumbling blocks.

Fulwiler's search for answers brought her to the Scriptures, the Catechism of the Catholic Church, the Early Church fathers, and papal encyclicals. A true intellectual, Jennifer Fulwiler would have it no other way. Yet she also learned along the crooked path that "we aren't in it alone."

I recommend Something Other Than God to anyone who is interested in a true story about someone's search for happiness. Ultimately that search led Fulwiler to a longing for the Truth.

You won't be disappointed by what she found.

Are you familiar with Jennifer Fulwiler's story?

Have you undergone a major conversion in your own life? 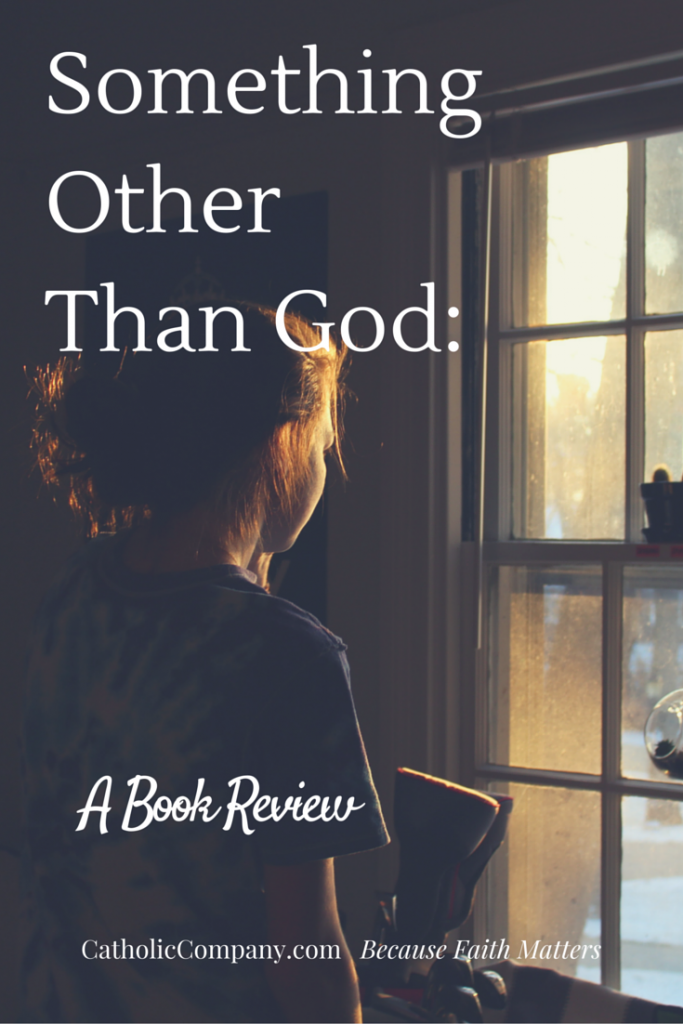