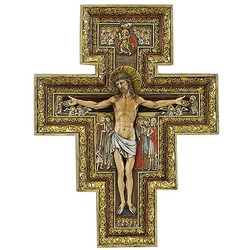 History of the San Damiano Cross