Tomorrow is the feast day of one of the most influential saints of the West, St. Benedict of Nursia. This blog is meant to not only honor St. Benedict, but also explain and honor the famous and powerful St. Benedict medal. 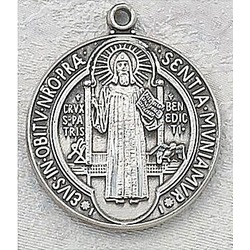 Front of the St. Benedict Medal