St. Bridget of Sweden (also known as Birgitta) was born in Sweden in the 14th century. Her wealthy parents were devout in their Christian faith, and because of this Bridget was brought up with an excellent religious education. It is not surprising, then, that St. Bridget would go on to have mystical experiences during her life. 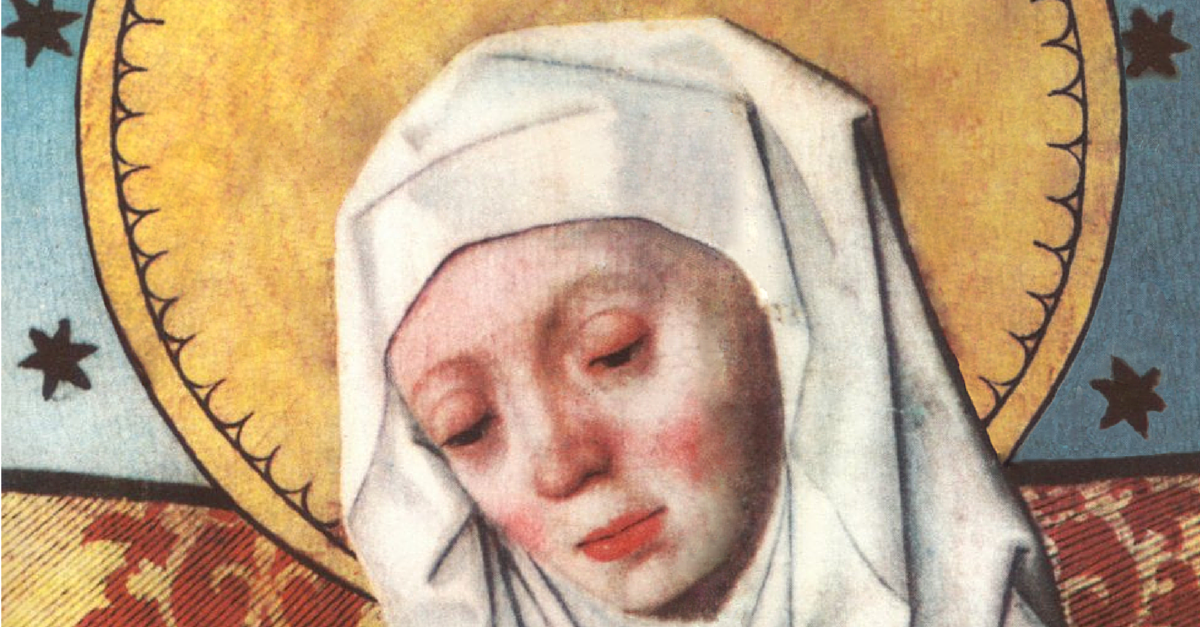 When she was just a child, St. Bridget received a vision of Christ scourged and hanging on the Cross. In sorrow, she asked him who had treated him like this.

Christ answered, "They who despise me, and spurn my love for them." From that time on, the young St. Bridget had a great devotion to the Passion of Christ.

She went on to marry and have eight children, one of whom was St. Catherine of Sweden. When her husband died, St. Bridget gave herself totally to the religious life. She founded her own religious order, the Order of the Most Holy Savior, more commonly known as the Brigittines, to be devoted in a special way to honor Christ's Passion.

During this stage of her life St. Bridget's mystical experiences became more pronounced and frequent, so much so that they were contained in a work that became very popular in the middle ages, called the Revelations of St. Bridget of Sweden.

Her vibrant visions, which became famous, were often consulted by artists to aid them in their depiction of scenes from Sacred Scripture. 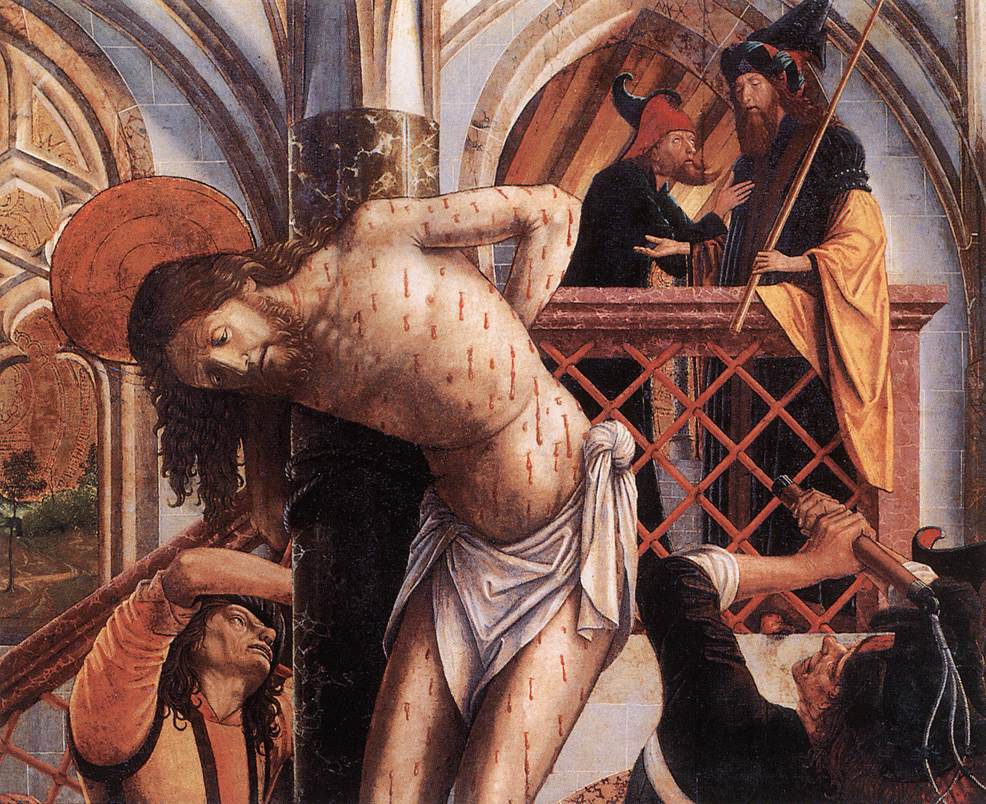 Out of her special love for Christ's Passion, which she had since childhood, St. Bridget sincerely wanted to know how many times the body of Our Lord was struck during the various scenes of his Passion. She repeatedly prayed about this so that she could honor each one of them.

One day Jesus answered her longing and told her,

"I received 5480 blows upon My Body. If you wish to honor them in some way, recite fifteen Our Fathers and fifteen Hail Marys with the following Prayers, which I Myself shall teach you, for an entire year. When the year is finished, you will have honored each of My Wounds."

Jesus then gave St. Bridget 15 prayers to pray every day for a full year, which she would recite along with an Our Father and a Hail Mary for each. Totaled up, these prayers would equal 5475 (this could be understood as all the wounds other than the Five Wounds in his hands, feet, and side, which are more commonly honored separately).

This became known as the Holy Wounds of Jesus devotion (not to be confused with the Five Wounds of Jesus Devotion in his hands, feet, and side). It is also called the Fifteen Prayers of St. Bridget, or the Pieta Prayers, or the Magnificent Prayers.

St. Bridget lived her final years in Rome with her daughter St. Catherine of Sweden, having traveled there to obtain papal approval for her Order. These 15 prayers were given to her as she was praying before a crucifix inside the Church of St. Paul in Rome. After her death, her daughter Catherine brought her body back to Sweden for burial and assumed leadership of the newly approved Order.

This is the medieval crucifix in a chapel inside the Church of St. Paul Outside the Wall in Rome. It is the same crucifix before which St. Bridget of Sweden prayed when she received the revelation of the 15 prayers honoring the wound of Jesus.

To commemorate St. Bridget's vision, an inscription was put at that spot which reads"Pendentis pendente Dei verba accepit aure accipit et verbum corde Brigitta Deum. Anno Jubilei MCCCL." (Translation: "Bridget not only receives the words of God hanging in the air, but takes the word of God into her heart. Jubilee Year 1350.")

This revelation of St. Bridget was permitted for the faithful by Pope Benedict XV who said, "Though they don’t merit the same credence as the truths of religion, one can, however, believe them out of human faith, conforming to the rules of prudence by which they are probable, and supported by sufficient motives that one might believe in them piously."

These 15 Prayers of St. Bridget are also contained in the immensely popular Pieta Prayer Book and offer an excellent mediation on the Passion of Christ, especially on Fridays and during the season of Lent. 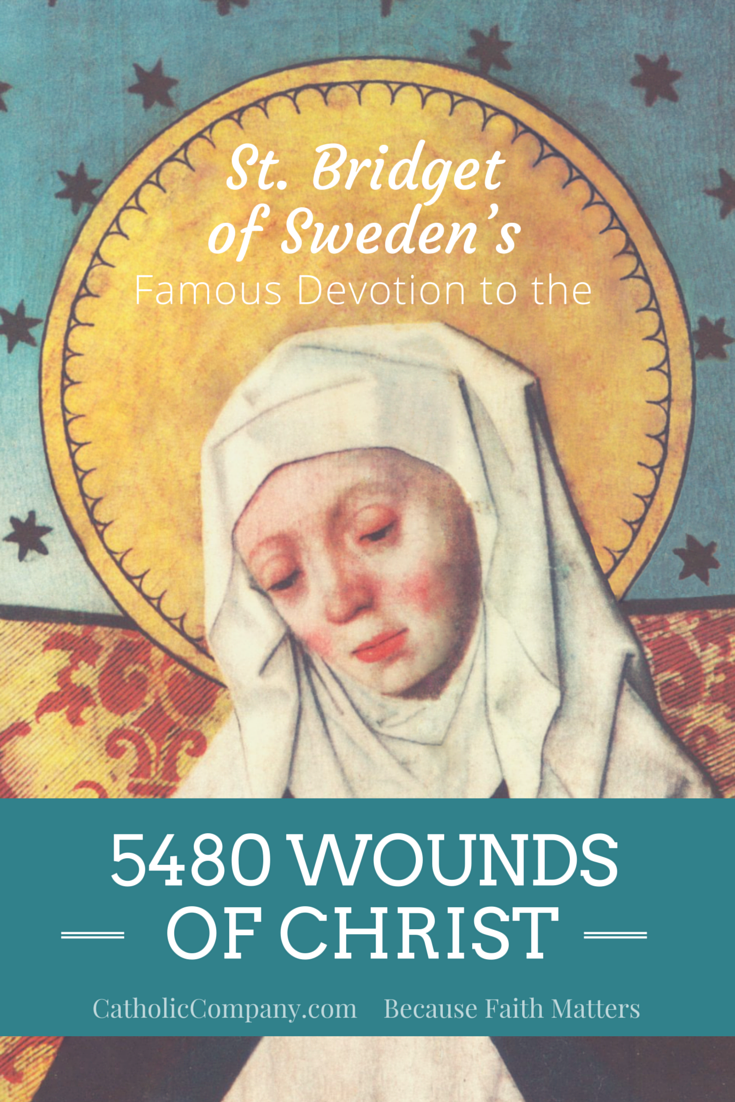 This article has been updated and was originally published in July 2015. © The Catholic Company