November 22nd is the feast day of St. Cecilia, one of the most revered of the early virgin martyrs of Rome, as evidenced by her name appearing in the Roman Canon of the Mass.

St. Cecilia lived during the Roman Empire in the 3rd century and was born to a wealthy Roman family. She vowed her virginity to Christ, but her parents married her off anyway. She then converted her husband to the Christian faith, and he in turn respected her virginity and converted his brother.

The story of how she converted her husband is quite remarkable. On her wedding night she made her vow known to him, and informed him that an angel guarded her purity. Her husband replied that he would believe her and honor her vow if he could also see her angel. Cecilia instructed him to first be baptized, and afterwards he was able to see her angel. 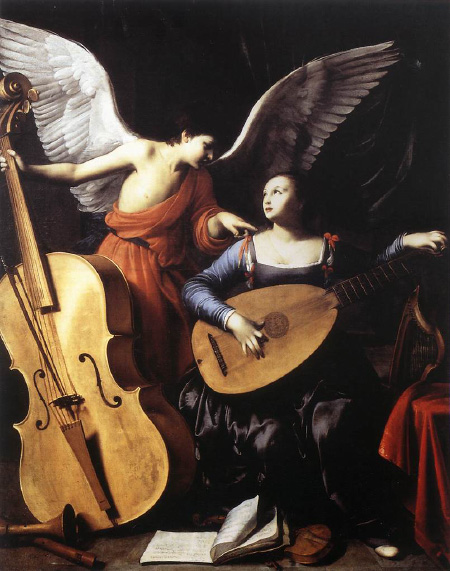 Together her husband and his brother took up the task of burying martyred Christians, which was illegal, and resulted in their martyrdom. St. Cecilia responded by burying her husband and converting hundreds of people through her Christian witness and strength of faith. This, and her refusal to worship false gods, resulted in her being arrested.

According to legend, St. Cecilia was not martyred easily. They first attempted to suffocate her, but it did not affect her. Then they attempted to behead her, but they were again unsuccessful despite three blows to the neck. She instead bled to death for three days as she continued to preach, and fellow Christians collected her blood in sponges and napkins as relics.

The story of Saint Cecilia is one of courage, evangelization, and love of God in the midst of persecution and strife.

St. Cecilia is most remembered today as the patron of musicians due to this legend:

"While the profane music of her wedding was heard, Cecilia was singing in her heart a hymn of love of Jesus, her true spouse.”

St. Cecilia is typically portrayed in art, statues, rosaries, and medals with a harp or other musical instruments. St. Cecilia gifts remind us to invoke the prayers of Saint Cecilia for those musicians lifting their talents up to God.

Read an online book on the Life of St. Cecilia here. 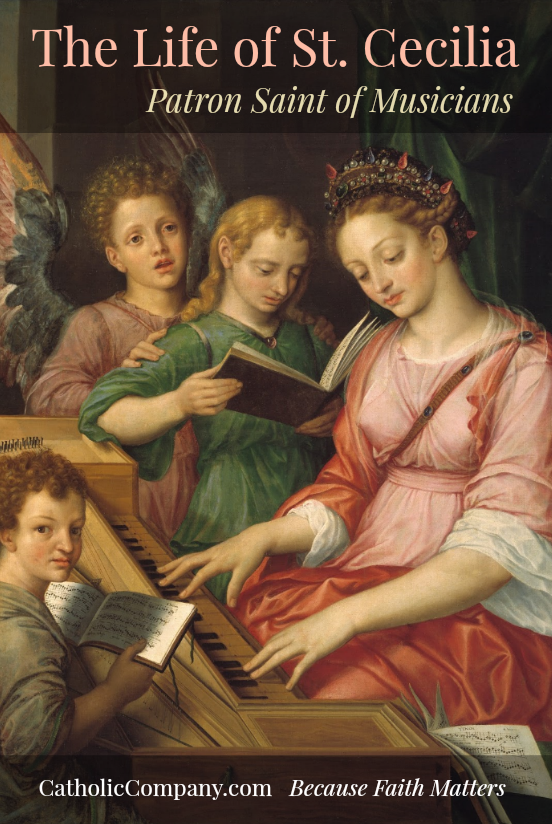 This article has been updated and was originally published in November 2012.