St. Jeanne Jugan is the beloved Patron Saint of the Elderly and Destitute. Foundress of the Little Sisters of the Poor, this remarkable French saint endured her own persecution and exile with peaceful surrender, accomplishing great things for God. She is a friend and model for us all, especially in times of intense struggle and personal trials.

Born during the French Revolution, Jeanne grew up amidst great violence and social unrest. French society was in chaos, those who openly practiced their faith were ridiculed and persecuted, and religious congregations of men and women were being suppressed by the French government.

Jeanne's father was lost at sea when she was only three years old, leaving her widowed mother responsible for eight children in this time of great economic and social strife. Little Jeanne worked as a shepherdess and learned to spin wool as a very young child while her mother worked countless odd jobs to support the family.

Jeanne barely learned to read and write, but had an extraordinary heart for God and an unusual tenderness and charity for her age. In her early teens, she became a kitchen maid for a family who treated their servants well and cared for the poor and the elderly. Ten years later she became a nurse and joined a Third Order founded by St. John Eudes.

A woman goes door to door begging for food with her children.

She told her mother upon leaving home, "God wants me for Himself. He is keeping me for a work which is not yet founded." How prophetic were those words. As God worked in her heart, He began to unfold His plans for St. Jeanne Jugan. She often begged in the streets to find food for those in need, while caring tenderly for the destitute at a local hospital.

Jeanne believed that begging was not only an act of humility but a prophetic vision of human solidarity, and an act of love for her brothers and sisters in Christ. "To be good Little Sisters," she later told her spiritual daughters, "we must be very little, very humble."

One frigid winter night, Jeanne met Christ in the form of an elderly woman who was poor and very ill. St. Jeanne carried the woman home, placed her in her own bed, and slept in the attic from that night on.

Many others came to understand through her compassionate care that "The poor are Our Lord," as Jeanne often said. Attracted to her mission, they joined her in alleviating the sufferings of the poor and aged. Jeanne chose St. Joseph as the protector of her Order, as an extension of her confidence in God.

The sign for a home run by The Little Sisters of the Poor in France.

An Order is Born

She spent her days praying, visiting the poor, and teaching catechism to children. Soon, with the help of two other women, she began a house of care in the city of Saint-Sevran. There she received elderly and destitute guests. Not only were they hungry for food, but for love. They were the outcasts of society—infirm, impoverished, and unable to live in the dignity they deserved as children of God.

St. Jeanne's extraordinary charity spread rapidly throughout France and beyond. Local citizens dubbed the group the Little Sisters of the Poor because of their humility and compassion for the poor and elderly. Jeanne often begged for food and other support, calling on St. Joseph to bring her the resources necessary for her mission.

More members came forward to serve, and Mère Marie of the Cross, as she became known, founded six more houses in only ten years. By 1849, the Little Sisters of the Poor staffed seven houses. Only four years later, the Sisters had over 500 members, and ran houses as far away as England, caring for the destitute and elderly with dignity and love.

One day Jeanne was tragically cast aside by an ambitious priest who became the Sisters' chaplain. Abbé Le Pailleur prevented her reelection as Superior. He sent her out begging, and removed her from her all of her duties in the Community. He eventually relegated Mother to retirement, and even refused to recognize her as their Foundress.

Cast into the shadows, St. Jeanne died 27 years later in August of 1879, just after Pope Leo XIII gave final approval to the Constitutions of the Order she founded. At the time of her death, many of her own spiritual daughters had no idea that she was their Mother and Foundress. Fortunately, in 1890, Abbé Le Pailleur was removed from his office by the Holy See.

“We are grafted into the cross and we must carry it joyfully unto death.”

Jeanne lived these words in humble service to God in the elderly and impoverished.

A US Naval Officer volunteers with the Little Sisters of the Poor in Palma de Mallorca, Spain.

Exiled at the end of her life and living hidden from the world and the Order she founded, St. Jeanne Jugan still praised God and moved forward. She allowed only God's love and her mission on behalf of the destitute and elderly to impel her. Hidden in Christ, Jeanne trusted, loved, and served in humble obedience and obscurity.

St. Jeanne Jugan's last words were for Our Lady:

"O Mary, you know that I love you, and that I greatly long to see you …”

This humble saint believed that the Christian life was a continuation of Jesus' life and virtues, and that seeing and loving Christ in the poor would heal many wounds of mankind.

Thousands of women have followed in the footsteps of St. Jeanne Jugan. The Little Sisters of the Poor opened their first home in the United States in 1868, and they now care for the elderly and dying in 23 homes in the US, and in 30 other countries around the world.

Our God will not be outdone in generosity, and He did not allow His faithful daughter to be cast aside. In His timing, He raised St. Jeanne to the heights of sanctity. Her persecution only intensified her holiness. Pope John Paul II proclaimed at her beatification, "God could glorify no more humble a servant than she."

At her canonization, Pope Benedict XVI said that her life would serve as an example to "show once again how living faith is prodigious in good works, and how sanctity is a healing balm for the wounds of humankind."

"It is so good to be poor, to have nothing, to await all from God."

Her life is a lesson in holy confidence. She shows us how to live in complete trust in God's provision, even when persecution and hardship overshadow our plans. In St. Jeanne, we find a humble and trusting soul who knew that His designs were greater than she could possibly imagine, and who chose to live and die in that conviction.

St. Jeanne Jugan, friend of the poor, the elderly, and the destitute, and companion of the persecuted, pray for us! 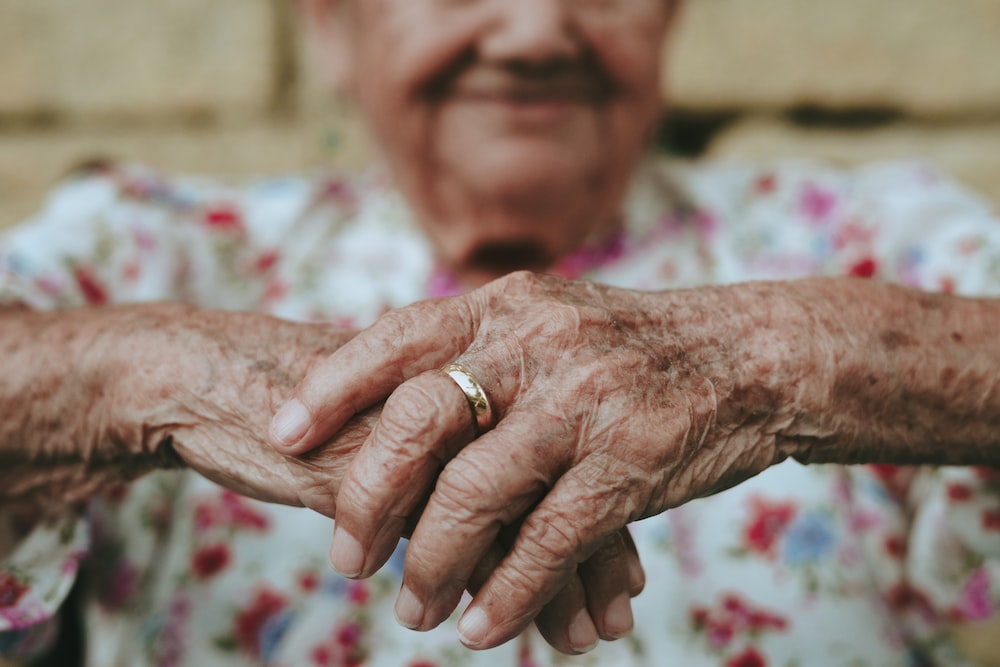 “With the eye of faith, we must see Jesus in our old people—for they are God’s mouthpiece.”