Just in the last 100 years, the Church has seen popes as varied as an array of Italian wine. It’s difficult to capture the essence of any pope with only one or two words. Pope St. John XXIII is no exception.

A Long and Twisted Path to the Papacy

Angelo Roncalli was born into an impoverished family in a small Italian farming village in the year 1881. The path between that moment and becoming the Roman Pontiff was hardly a straight one, and included stops such as:Then there are the winding roads he navigates once becoming pope: 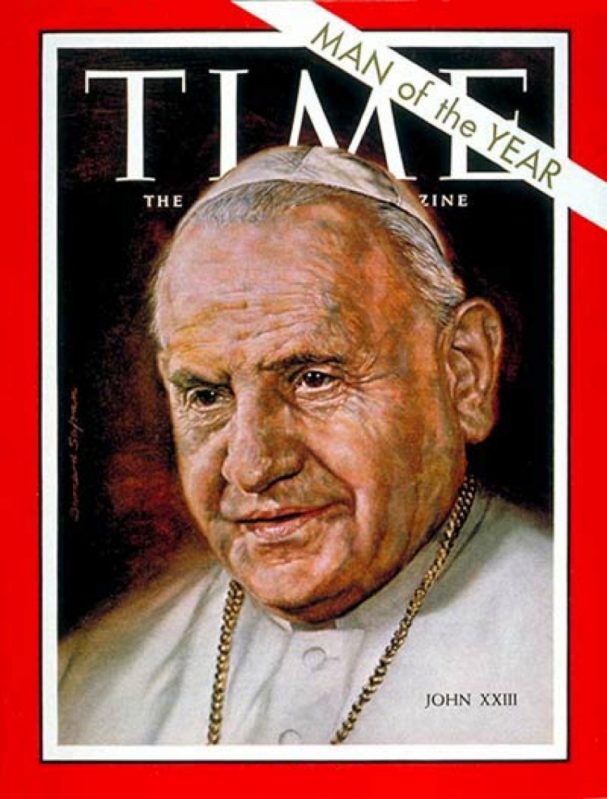 Giving Light in the Darkness

In light of all these events, it is clear that this man had no easy life, and was involved in many situations where he or the people around him were struggling and suffering greatly.

Yet, throughout his life, especially during his years as pope, John XXIII was known for his genuine joy and a magnificent sense of humor. Considering his story, that is a striking quality and virtue to possess.

John XXIII used humor in various types of moments to keep himself humble, to shed new light on situations, or simply to make those with him crack a smile. Listed below are a few of his genius jokes.

1) When a reporter asked, "How many people work in the Vatican?" John XXIII reportedly said: "About half of them!"

2) When a cardinal grumbled that an increase in Vatican salaries caused a particular usher to earn as much as himself, the pope replied (possibly with raised brows): "That usher has ten children; I hope the cardinal doesn't."

3) One day, shortly after being elected pope, John was strolling down Rome’s streets. A woman passed him and said to her friend, "My God, he's so fat!" Overhearing this, he stopped and responded, "Madame, I trust you understand that the papal conclave is not exactly a beauty contest!"

4) A skeptical Vatican official cautioned the pope that it would be "absolutely impossible" to begin the Second Vatican Council by 1963. "Fine, we'll open it in 1962," he countered. And he did.

5) Finally, a wonderful, humble reflection of Pope John XXIII on human nature: “Men are like wine—some turn to vinegar, but the best improve with age.”

I personally think that John XXIII had his last laugh when he became a saint. Not only was he canonized alongside another pope known for his thoughtful humor, Pope St. John Paul II, but he also managed to become one of the few saints whose feast day is not on his or her death day or canonization day. Instead, his feast day is October 11, the day the Second Vatican Council began. 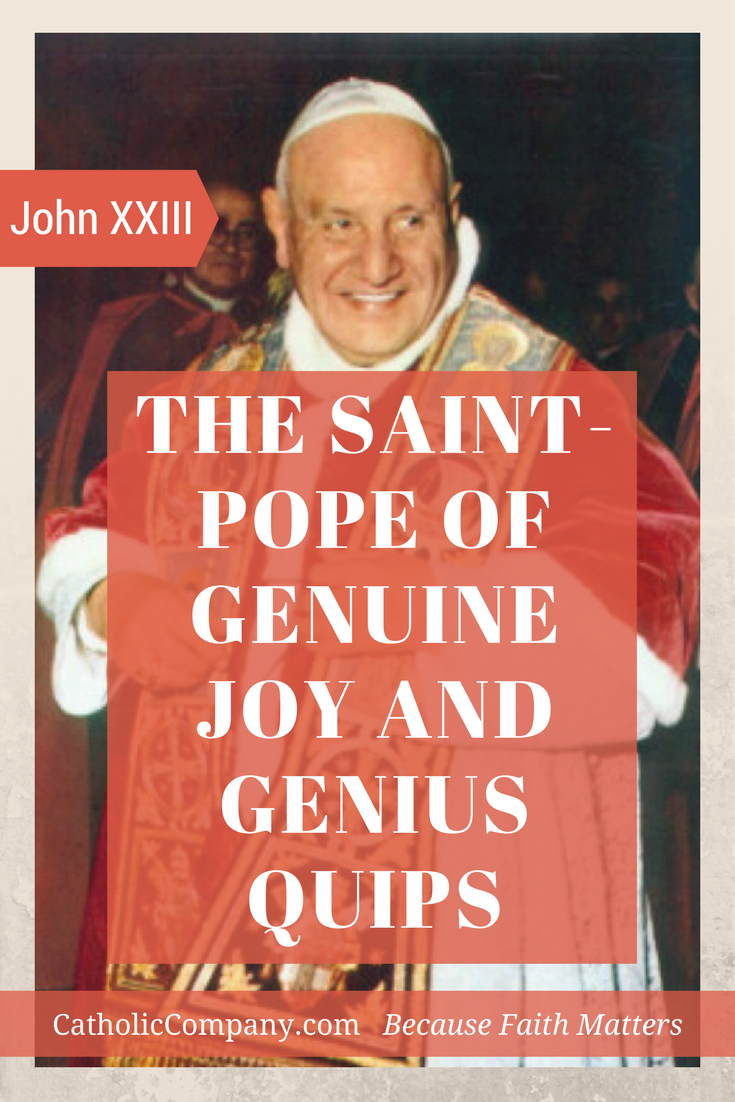