St. Jose Sanchez del Rio served with the Cristeros army in the defense of the Catholic Church against the Mexican dictator Plutarco Calles. From a young age he had a great love for Christ and strongly desired to die for his faith.

Although a child, he pleaded to be allowed to fight alongside his brothers in the Cristero War, for freedom of religion in his country and for the love God.

While in battle, after giving his horse to his general who had been dismounted, the boy was captured and locked up in a church sacristy that had been converted into a prison. On the way to his execution, government soldiers struck him with machetes and cut off the soles of his feet.

With every blow, the young boy cried out,

The stones where he walked were covered in his blood. He said to the soldiers,

“We’ll see each other in Heaven. I want you all to repent.”

The soldiers offered him an escape instead:

"If you shout, ‘Death to Christ the King’, we will spare your life."

Jose Luis Sanchez del Rio was then stabbed and shot dead on February 10, 1928.  Some accounts say before his final breath he made the sign on the cross with his blood. 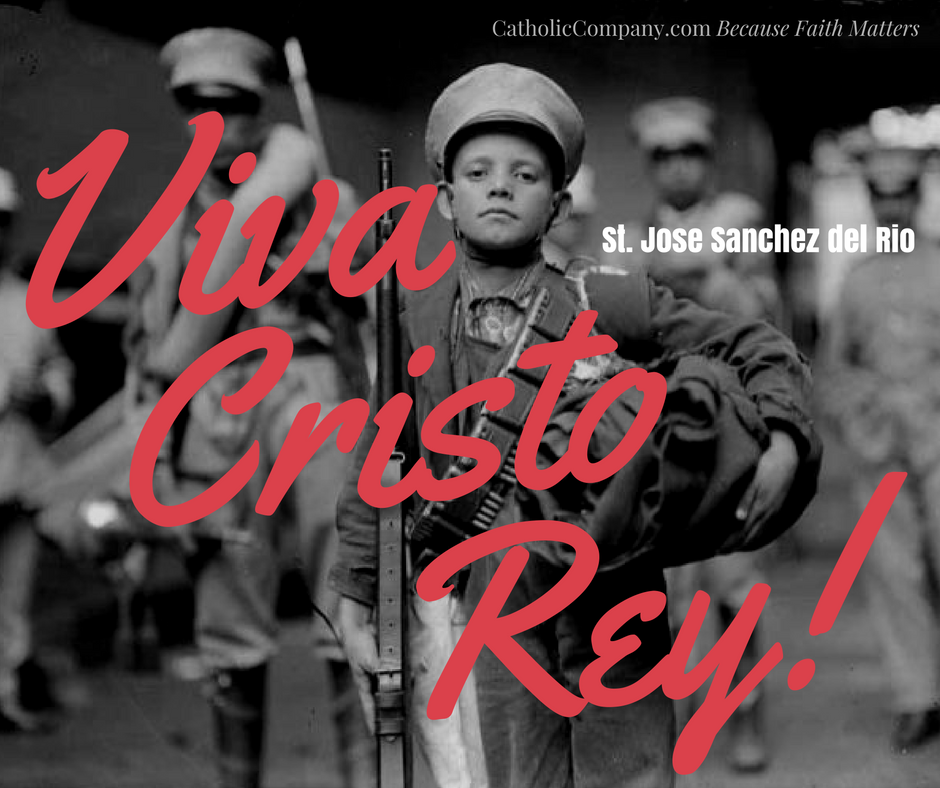