We often think of deacons simply as "assistants to priests," but that is not the whole truth: St. Lawrence shows us that deacons have a crucial role in building up the Church and the Body of Christ.

The Life of St. Lawrence of Rome

In case you aren't familiar with the life of St. Lawrence of Rome, here is a biography taken from the Morning Offering daily devotional email:

St. Lawrence (d. 258 A.D.) was likely a Spaniard by birth who lived in Rome while Christianity was outlawed under pain of death. He was appointed by Pope St. Sixtus II as archdeacon over the seven deacons of Rome, and held the sacred duty of tending to the Church's wealth and distributing alms to the poor.

After Pope St. Sixtus II was beheaded by Roman Emperor Valerian, along with the six other deacons, Lawrence was left as the highest-ranking clergy in Rome. He was ordered by the Roman authorities to appear before the tribunal—a summons to his execution—along with the treasures of the Church that were in his possession. 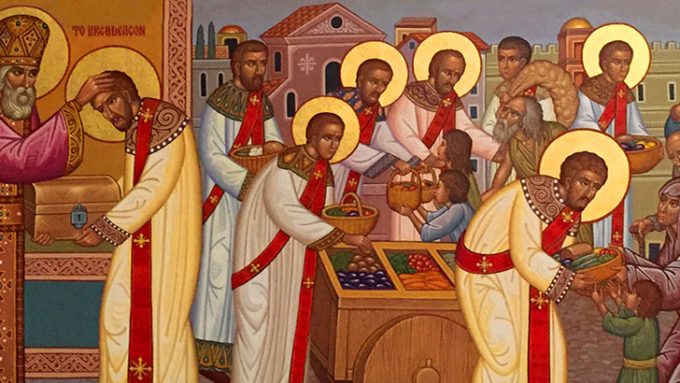 St. Lawrence then quickly distributed the Church's wealth to the poor so that the government could not confiscate it. On the appointed day, August 10th, Lawrence responded to the summons by bringing with him a multitude of the poor and crippled of Rome; these he proclaimed to be the true treasure of the Church.

This angered the authorities so greatly that Lawrence was ordered to be burned alive on a gridiron. He was bound to the metal grate and slowly roasted to death over hot coals.

During his torture Lawrence famously mocked his torturers by saying, "I am done on this side, turn me over."

St. Lawrence is the patron saint of many causes including cooks, chefs, comedians, deacons, librarians, students, and the poor. His feast day is August 10th.

As you can see, St. Lawrence serves as an inspiring model for deacons in regards to dedicated service, perseverance, and joy, among other virtues. Father's Day can help us remember to thank our parish priest, since priests are our "spiritual fathers," but maybe we can use the feast of St. Lawrence as an opportunity to pray for and thank our deacons in a special way.

Here is a moving prayer that you can pray for all the deacons of the Church:

A Prayer for Deacons 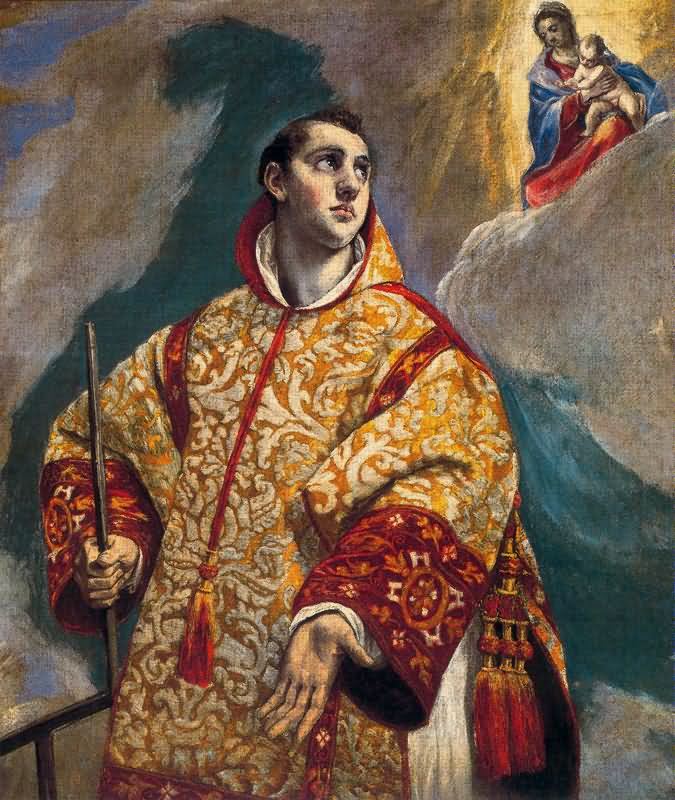 Apparition of the Virgin to St. Lawrence by El Greco

Almighty and eternal God, in your unfailing love, you never cease to provide faithful ministers for your people.

We pray for those who are called to serve the Church as deacons.

Open their hearts to follow Your Holy Will for them to serve in the name of your Son, Jesus Christ.

In doing so, may they truly herald your Gospel, not only in word but especially in deed. May their actions make your love known, particularly to those among us who are poor, lost and forgotten, sick and suffering, and most in need.

Bless with courage and perseverance those who serve you as deacons. Grant that many people will be inspired by their example and their faith. We ask all this through Christ our Lord. Amen.