During the month of December, the Church celebrates the feast day of one of the most popular saints throughout the world, St. Nicholas.  In the United States, St. Nicholas is typically associated with Santa Claus in songs, Christmas carols, etc.  However, St. Nicholas and Santa Claus are far from being synonymous.  In this blog I hope to introduce you or remind you of who St. Nicholas was or might have been according to popular Legend and folklore. 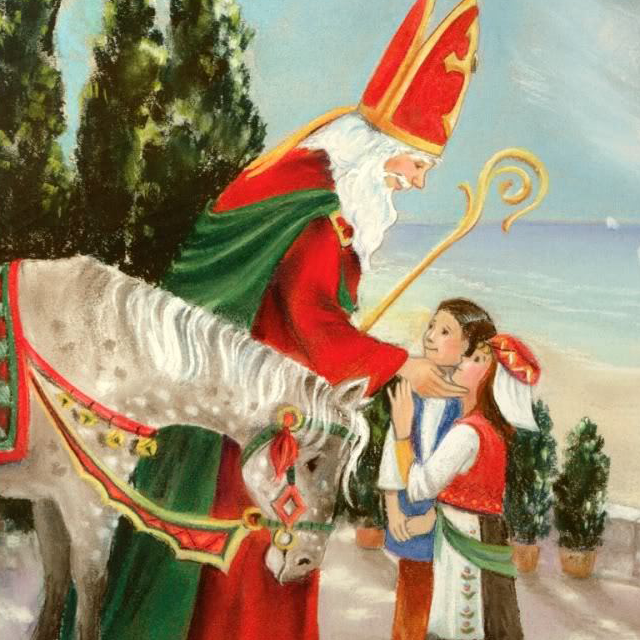 The Facts About St. Nicholas

Keep in mind that St. Nicholas lived in the 4th century, therefore there is little that we can know with certainty about this legendary saint.  We do know that he was Greek and was bishop of Myra, Lycia (modern Turkey).  We can also argue, based on the many legends and folklore, that he was a generous man, especially to those who were innocent or wronged in some way.  He was also a strong defender of the faith.  Some accounts have him at the Council of Nicea in 325 refuting Arianism (an ancient heresy which distorted Christ and his relationship with God the Father).  Legends also testify that he was involved in a vicious battle against paganism including a cleansing of a temple of Artemis.  He more than likely died of natural causes and was buried in Myra although now his relics are said to be in Bari, Italy.

The Legends of St. Nicholas and His Patronages

Patron of Children - St. Nicholas is regarded as a patron of children due to a popular legend that has about a thousand different versions.  Here is my version which is a hybrid of a few: St. Nicholas met a man in Myra that had three daughters and he could not afford their dowry to be wed which in those days meant that the girls would likely become prostitutes.  St. Nicholas then decided, so as not to shame him, that he would throw three bags of gold through their window for each of the girls so that they would not live a life of prostitution and shame.  The man was very grateful and never discovered who donated the money.  Other versions have the man discovering St. Nicholas or have Saint Nicholas throwing one bag every year for three years.  Some also have Saint Nicholas throwing the last bag down the chimney of the house in order to avoid discovery.

Legend has it that St. Nicholas convinced a group of thieves to return their substantial loot.  He therefore became the patron of thieves, not because he was one.

Legend tells us that once a malicious butcher lured three young boys into his shop and killed them.  He then placed them in barrels and planned to sell them as ham. St. Nicholas witnessed the crime and prayed for them.  They were then raised from the dead!  This legend also accounts for St. Nicholas’ patronage of children and barrel makers. 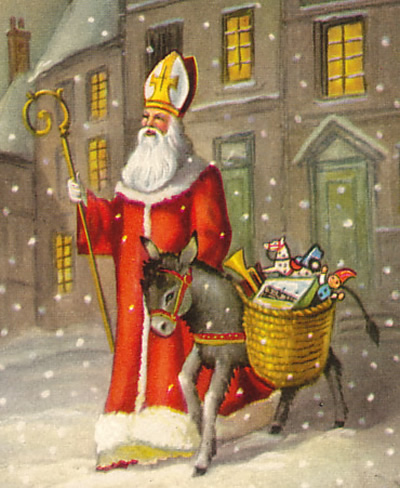 St. Nicholas is a saint who lived a life of prayer, generosity, and strong defense of the faith, of that much we can be sure.  Here at The Catholic Company, we have beautiful St. Nicholas medals, prayer cards to help you honor and invoke this great saint.  I hope this blog has been helpful to you and that you have a great Christmas Season.

Do you have any stories about how St. Nicholas has impacted your life?  Do you have a strong devotion to this wonderful saint?  Has this blog been helpful?

I look forward to your comments! 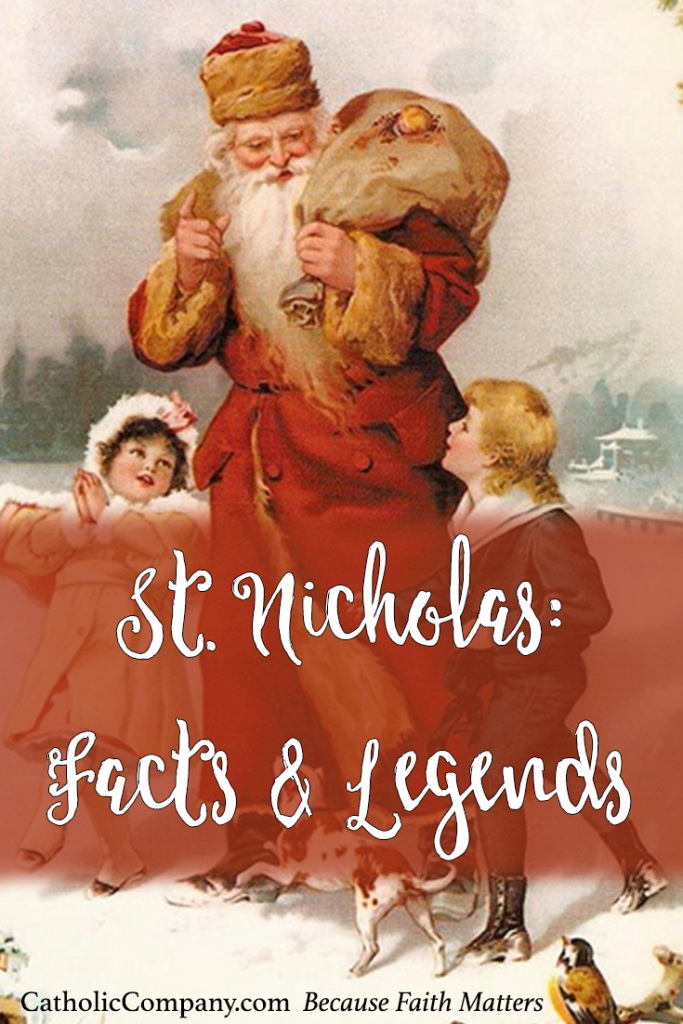 This article has been updated and was originally published in December 2012. © The Catholic Company. All rights reserved.