On February 21, we celebrate the feast of St. Peter Damian, a reformer and Doctor of the Church who lived in the early 11th century. As a Benedictine monk who lived at a time when the clergy had descended into lives of luxury and licentiousness, Damian chose to focus on holiness by living a life of strict penance and fasting, advocating for and modeling clerical reform through his writings and actions.

Damian lost his parents when he was young and was raised by an older brother who mistreated him.

Another brother, who was a priest, took young Peter under his wing and had him educated.

Damian became an exemplary student, excelling in his studies and demonstrating a remarkable intellect. Rather than falling to the temptations of his newfound life in the world, he supplemented his education with fasting and penance, and was known to share his food with the poor people of the town.

After completing his education, he forsook the prosperous life of an academic and became a Benedictine monk. In an order already renowned for its emphasis on mortification, Peter undertook additional austerity by becoming a hermit in the order, spending his days in reading, meditation, and prayer.

In 1043 he was chosen to be the superior of the monastery, an appointment which he vigorously attempted to refuse. In the end, the abbot had to order him to accept the appointment under pain of disobedience. As the superior, he emphasized the importance of mortification, and set an example for the other monks by following the same practices which he prescribed for them.

In 1057 he was made cardinal-bishop of Ostia, becoming an advisor to several popes, yet he constantly pleaded to be allowed to return to the life of a hermit. Despite his wish to return to that simpler life, he worked tirelessly in his capacity as cardinal to serve the Church, particularly in the area of clerical reform. 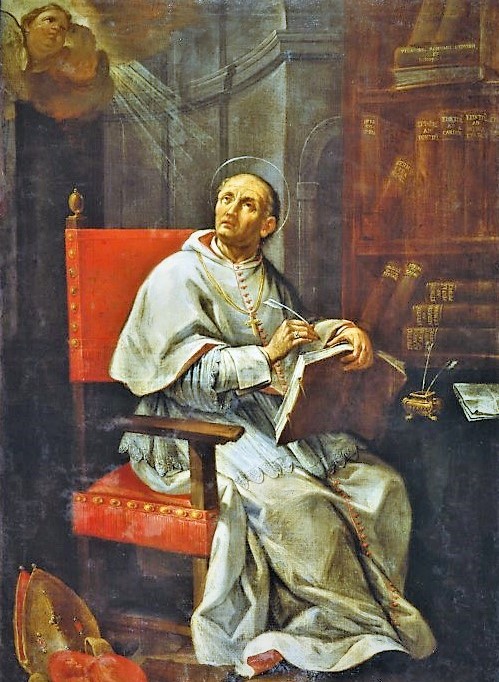 A Powerhouse for Clerical Reform

The clergy, at that time, was riddled with corruption, licentiousness, and sexual depravity, with some priests committing homosexual acts. In response, Damian wrote several treatises condemning the various immoralities which were rife in the Church, including homosexual acts and simony, the old condemned practice of buying and selling Church property, offices, and even indulgences.

His written works include De Divina Omnipotentia (a treatise on the power of God), Liber Gomorrhianus (his condemnation of clerical abuses), and The Eremitical Order (in which he argues that a life of penance is the model life of a Christian).

Pope St. Leo IX, writing to St. Peter Damian and encouraging him on his treatise regarding clerical reform, reflected that "He who who does not attack a vice, but rather coddles it, is justly judged guilty of the death together with those who die by that vice.”

"With his pen and his words he addressed all: he asked his brother hermits for the courage of a radical self-giving to the Lord which would as closely as possible resemble martyrdom; he demanded of the Pope, Bishops and ecclesiastics a high level of evangelical detachment from honours and privileges in carrying out their ecclesial functions; he reminded priests of the highest ideal of their mission that they were to exercise by cultivating purity of morals and true personal poverty."

So passionate was Damian about the standards for the life of a holy Christian that he even chastised a bishop for playing a game of chess (which was considered at the time to be a game of chance), and rebuked a royal family member for eating with a golden fork.

In 1067 he was finally allowed to resign from his office and return to his monastery, though he carried out several assignments from Rome even after his retirement.

He died in 1073, having contracted fever on one such mission, and was buried in the same monastery church where he died. Since then, his remains have been moved six times; they now rest in the Cathedral of Faenza, near where he lived as a hermit.

Damian provides a wonderful example of the sort of courage and humility that is required of all Catholics to faithfully follow Our Lord. The Church in his time suffered through corruption, abuses of clerical power, and even a schism in the papacy with the rise of the anti-pope Benedict X, but Damian stayed true to his belief in the power of redemptive suffering, inflicting penances upon himself and shying away from any sort of political or social power.

We would do well to follow his example in our own lives; as various factors rock the Church of Christ today, we need to embrace lives of prayer, bravely carry our crosses, and pray that God will raise up courageous men like Damian to lead the Church in humility and holiness. 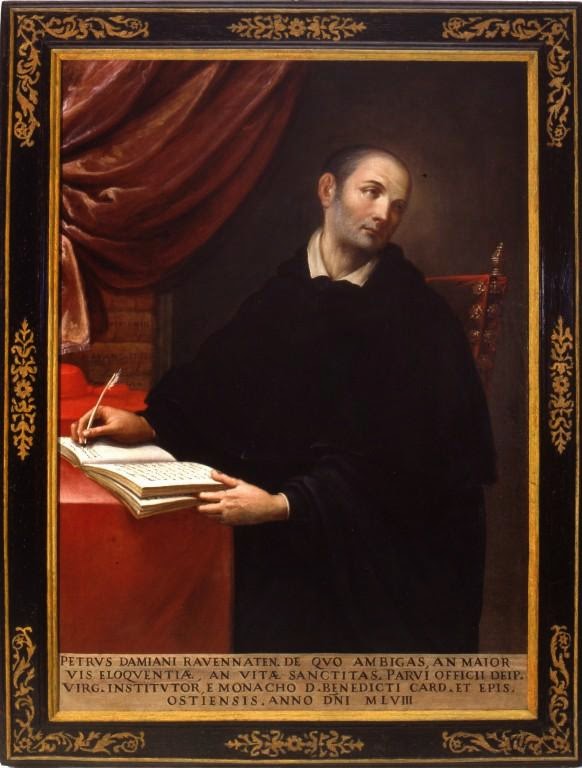 Prayer for the Intercession of Peter Damian

Dear Heavenly Father, in Peter Damian You gave Your Church the gift of a brave and holy man, who forsook the temptations of the world and sought to pursue only the things of heaven. You inspired him to follow in the footsteps of Your Son, Who was unafraid to correct the Pharisees and high priests of His own time. Grant that through Damian’s intercession, we may have the humility to accept our roles as faithful servants of Your Divine Son, and may strive to follow His example of courage, humility, and especially willingness to embrace suffering. Give us the strength to offer our suffering for our growth in holiness, for the holiness and renewal of the priesthood, and for the liberty and exaltation of Holy Mother Church. We ask this through Christ Our Lord. Amen.