Calling all lovers! Rejoiceth in love, all affianced couples, married couples, and young people, for this beith thy day!

February 14th is the traditional day of celebration for lovers.  It's the proper occasion for writing love letters and sending tokens of love to those who have captured your heart. 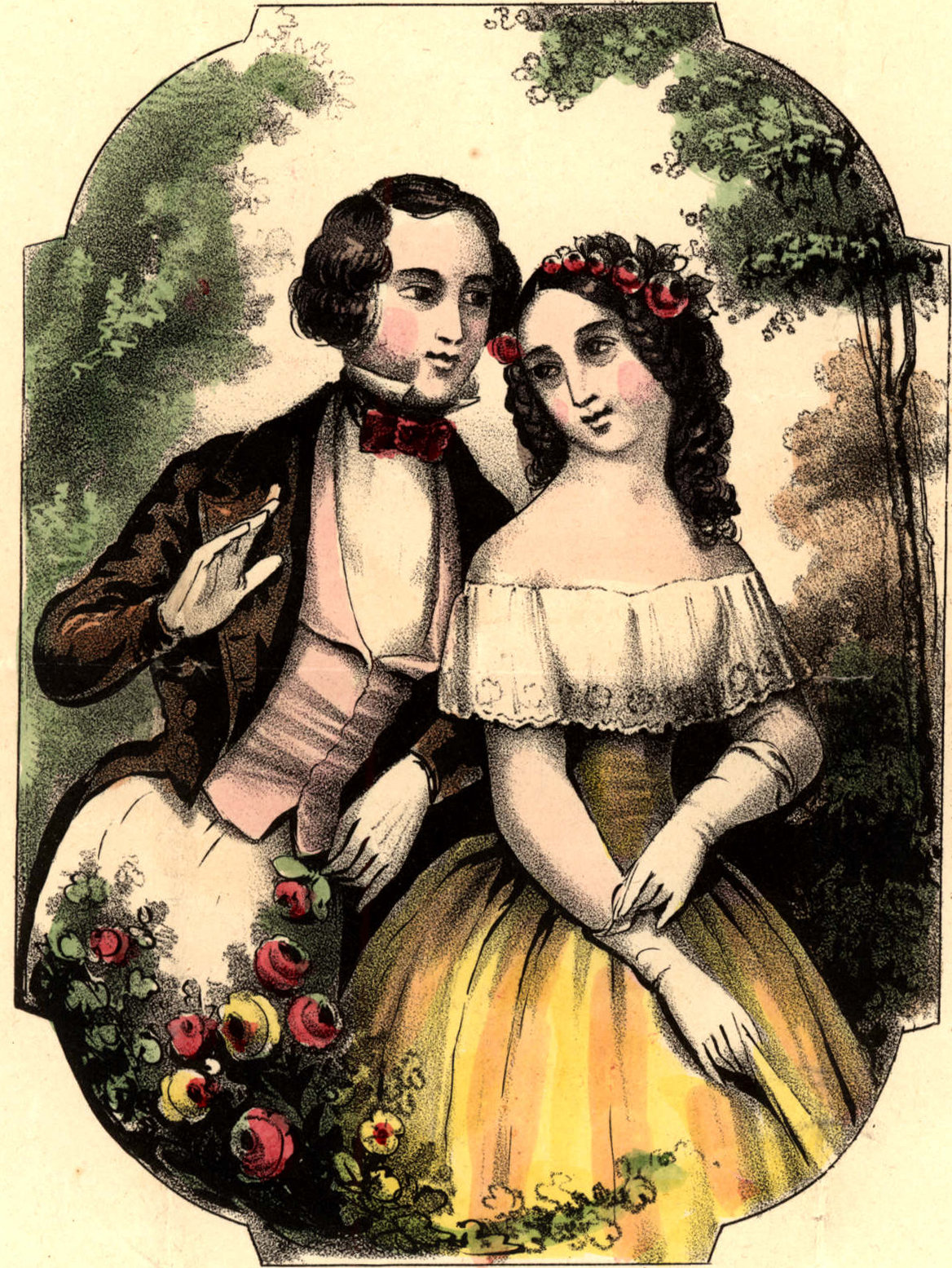 This custom began in Europe during the High Middle Ages, the pinnacle of the age of courtly love, and is captured in immemorial English literature as the mid-Feburary day when birds (and lovers) first begin to pair:

"For this was sent on Seynt Valentyne's day

Whan every foul cometh ther to choose his mate." 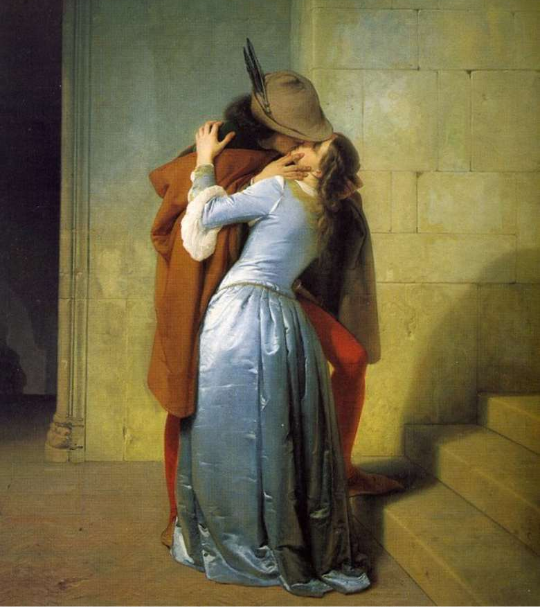 The High Middle Ages is called "High" because it was the golden age of the Roman Catholic Church and the peak of faith among the European people. The liturgical calendar of saints and their feast days were a commonly celebrated part of everyday life. Thus it was for the February 14th feast of St. Valentine, the patron saint of love.

St. Valentine was a 3rd century Christian martyr who lived during the reign of Roman Emperor Claudis II. According to tradition, Valentine was a Roman priest who was tortured and killed for his commitment to continue officiating sacramental marriages after the Emperor passed an unjust law outlawing wedlock. Because Valentine was martyred for helping lovers to marry in secret, his intercession was called upon by lovers and engaged and married couples after his entrance into eternal life.

The custom of men and women writing love letters to their "Valentine" in honor of the feast of the patron saint of lovers emerged in later centuries. Over time, other tokens of love and infatuation were also incorporated into the custom, such as sweets, chocolates, and sentimental jewelry. 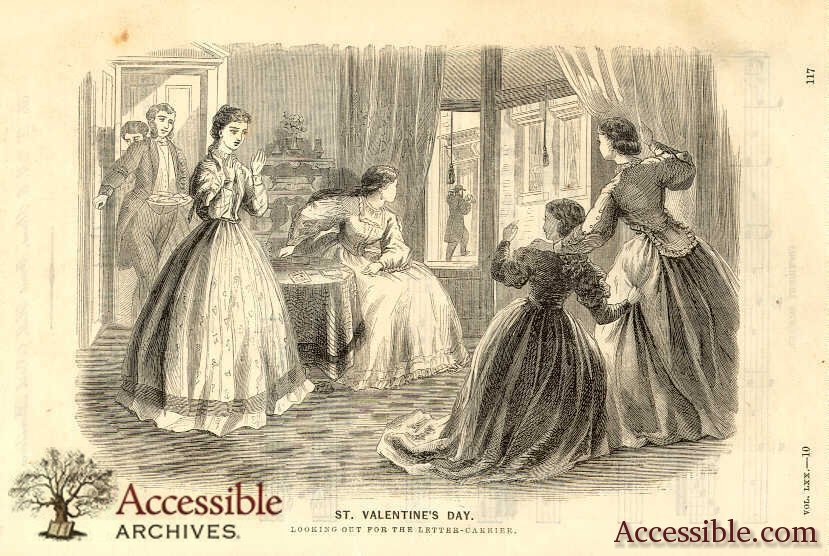 Keep the flame of love well-fueled this St. Valentine's Day by keeping this honored tradition of noble ages past. Don't forget a faith-filled gift for your special Valentine today, and pray this prayer to the patron saint of lovers: 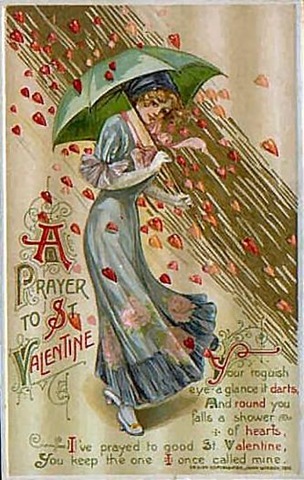 A PRAYER TO ST. VALENTINE

Dear Lord, who art high in the Heavens,

Giver of Love and Passion,

And He who strings the heart’s cords,

Lead the Lovers this day, February ten plus four.

The day during the month of two,

When the date is the perfect number of God

Some Loves are fleeting ,

But that which is built on you will never fail.

So guide the Lovers to know what is to be.

Your truths the Lovers’ mouths should speak,

For Your truth is that which is honest to the heart.

Only this, then, should pass over the red lips of the Lovers.

Your art, the Lovers simply a medium.

It is only with True Hearts that You can create a Masterpiece,

So let the Lovers remember that their Soul’s Desire

Is the one for which You light their Fire.

And let it be You who creates the Art of the Lovers;

The art of two into one.

WHO WAS THE REAL ST. VALENTINE?

The saint of the day biography for February 14th from our Morning Offering daily devotional email:

St. Valentine of Rome (c. 270) was a priest who lived in Rome during the reign of Emperor Claudius II.  Little is known of his life with certainty, except that he ministered to Christians who were persecuted and imprisoned for their faith, and died a martyr.

One account has it that the emperor banned all marriages and engagements in Rome, believing this was the reason Roman men were unwilling to serve in the army. Valentine defied this unjust decree and continued to perform marriages for lovers in secret. 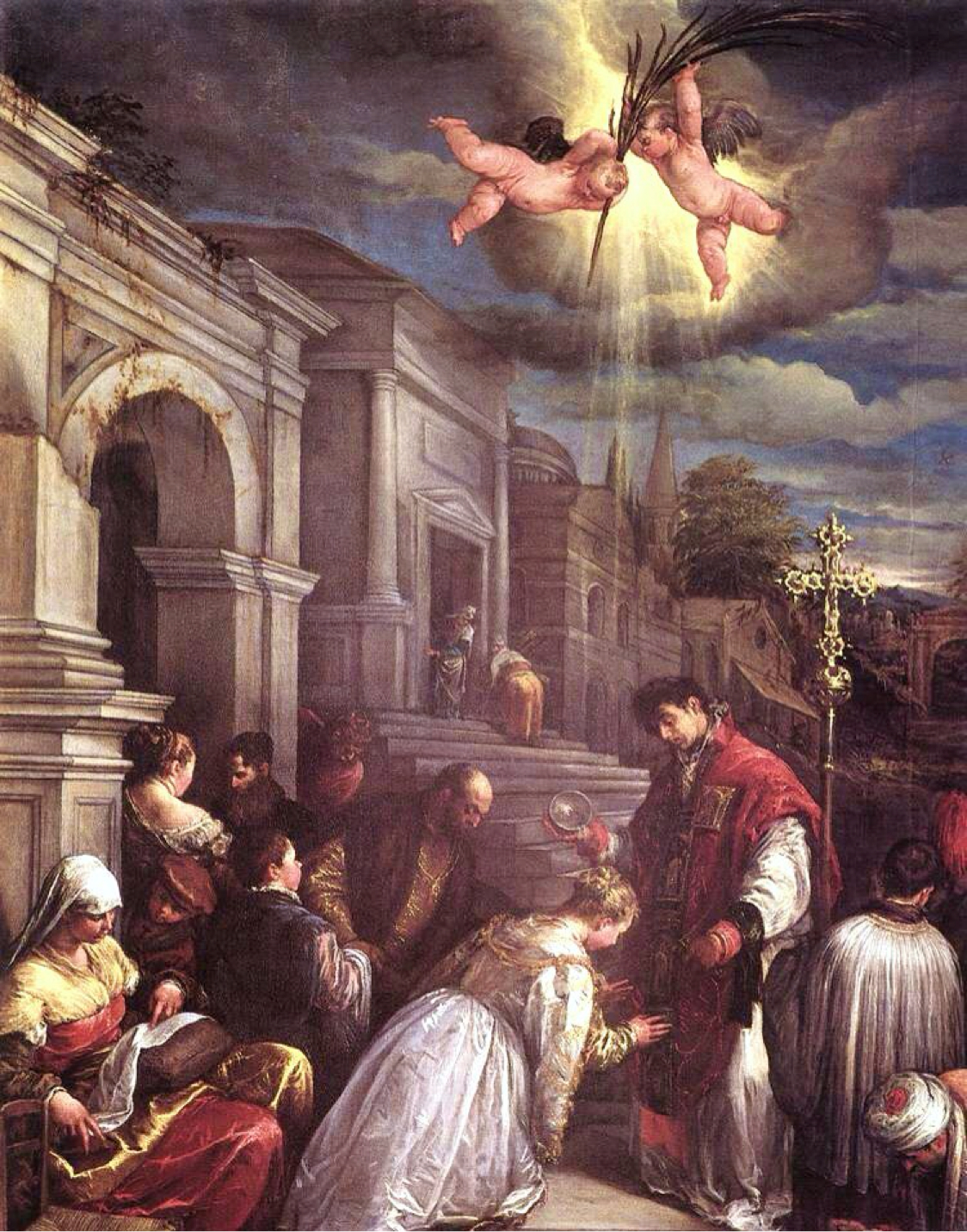 He was arrested, and while in prison he restored sight to his jailer's blind daughter, causing the jailer and his entire extended household, forty-six people in total, to immediately convert to Christianity. Upon hearing this, Claudius ordered Valentine's execution. St. Valentine left a farewell note for the jailer's daughter, whom he had befriended, and signed it "From Your Valentine." He was beheaded on February 14th. 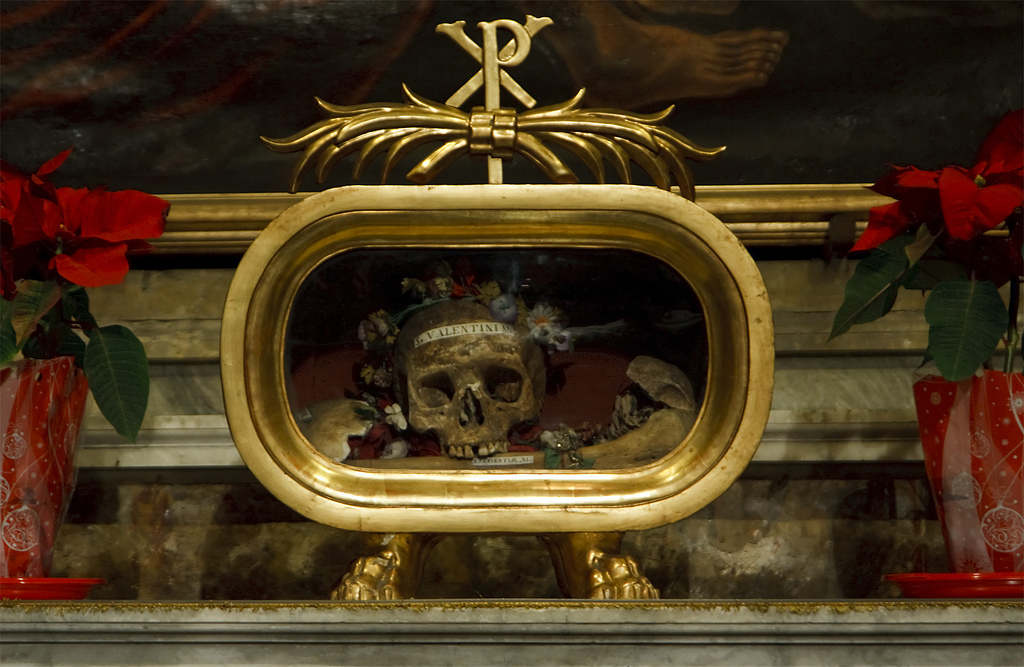 Skull of St. Valentine of Rome

St. Valentine is the patron of many causes including bee keepers, betrothed and engaged couples, lovers, love, happy marriages, and young people.

St. Valentine, pray for us! 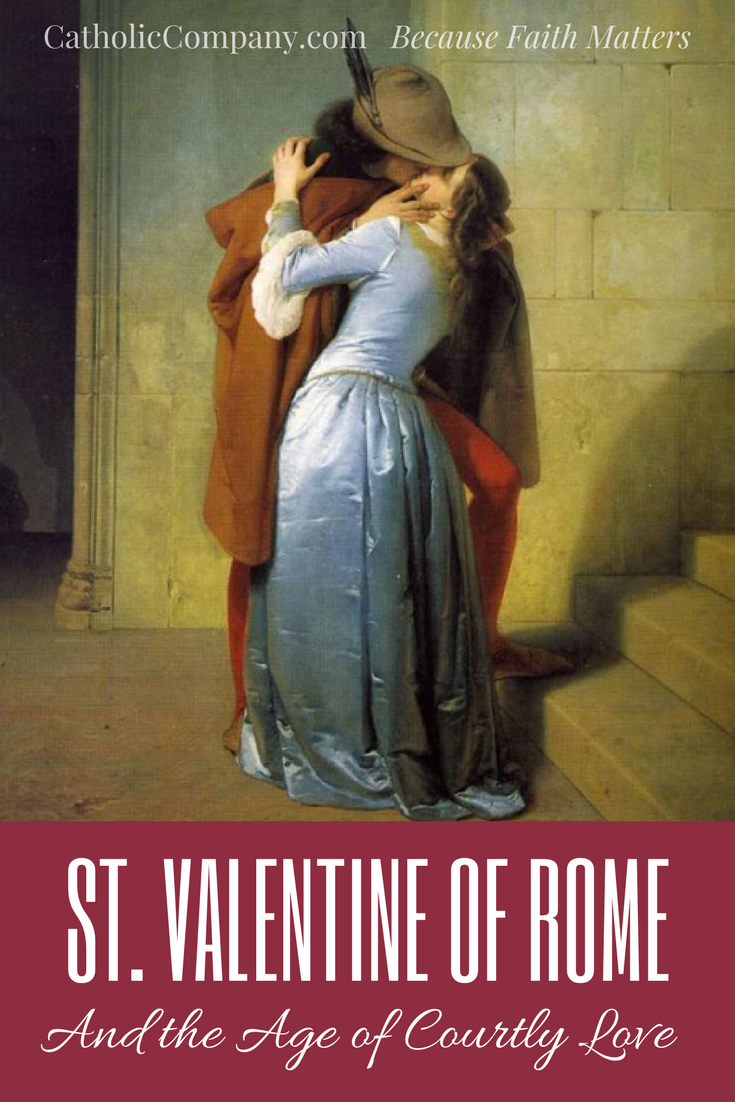