Have you ever found or bought something to use for a specific occasion, and then decided to use it year-round instead?

It could be a piece of jewelry that got tons of compliments at an event, a wall canvas with a quote that you realized you need to hear more often, or a random item which, through a happy incident or comic mishap, became a treasured memory.

Whatever this object or item might be, perhaps whenever you see it or use it, you smile. You smile because of the surprise which comes from something ordinary turning out to be rather extraordinary.

I had an experience like this recently with one of The Catholic Company’s exclusive rosaries. I help write the descriptions for the new products the company sells, and their handcrafted rosaries are some of my favorite items to write about. They’re thoughtfully designed, visually stunning, and many of them are made with precious stones that give them a majestic, heirloom quality.

The 2017 Holy Family Christmas Rosary is no exception. 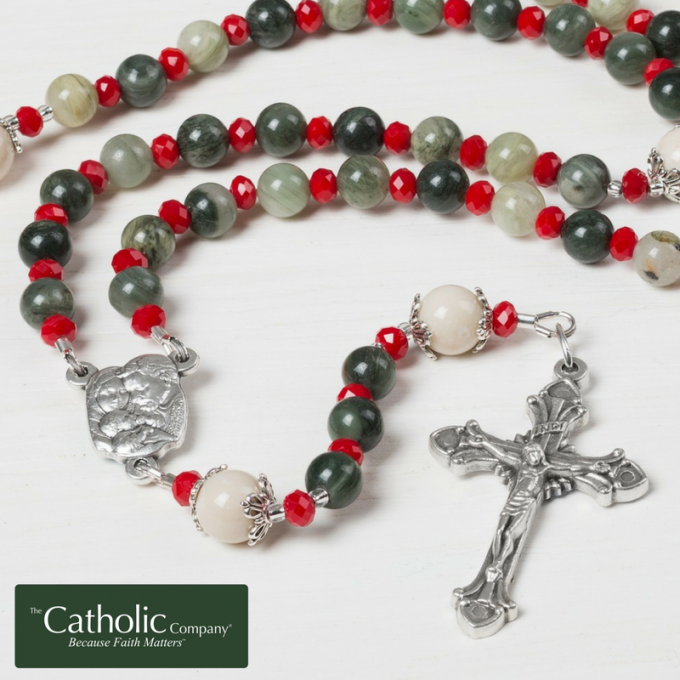 We based this rosary's design on last year's limited edition Christmas rosary bracelet which everyone had oohed and aahed over. In the 2017 rosary, the main bead used is a marbled, soft-green Jasper.

Not knowing much about Jasper, I decided to do some research: what has Jasper been used for? What characterizes it? What has its significance been throughout history?

And I have to say, the results of my research blew me away!

Jasper in Ancient History and Culture

The first thing to know about Jasper is that it comes in lots of color varieties. Our Christmas rosary has a lovely green tone, but Jasper can also be red, yellow, or a brilliant translucent color.

I also discovered that this stone has been quarried, admired, and worn for literally thousands of years. 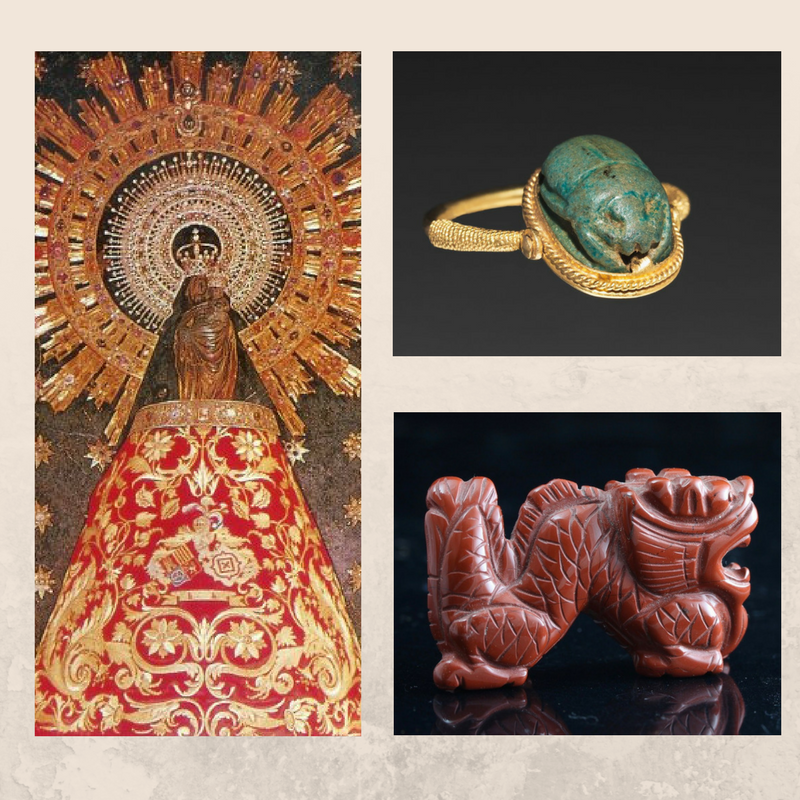 In ancient times, a form of Jasper was used as a drill bit to carve other minerals and precious stones. It reminds me of one of Isaiah’s prophecies about the Messiah: “Let every valley be filled in, every mountain and hill be levelled…then the glory of the Lord will be revealed.” (Is. 40:4-5)

Just as Jasper has been used to cut away and bring out the best in other stones, so do we need to cut away what is unnecessary and ugly in our souls to be prepared to receive Christ at Christmas. When He comes, He skillfully and lovingly carves away everything in our hearts that keeps us from living fully and freely in His love.

Another interesting cultural fact about Jasper is that it was worn by ancient warriors who believed that it would serve as protection in battle. How fitting that the rosary is one of our most powerful weapons in the fight against Satan. We should use the rosary faithfully in our daily battles to resist temptations as we spiritually travel to Bethlehem, so that Christ may be born in our daily lives!

While all of this is fascinating, it's actually only the tip of the iceberg.

Jasper in the Old Testament

My greatest surprise in this endeavor came from discovering Jasper’s incredible biblical significance. It appears in not just one but THREE sections of the bible: the Old Testament, the Gospels, and the Book of Revelation.

In the Old Testament, when the Israelite high priest would enter the sanctuary to pray and sacrifice on behalf of the people, he would wear an ornate breastplate set with twelve stones, representing the twelve tribes of Israel. The twelfth stone, as listed in Exodus Chapter 28, is Jasper. 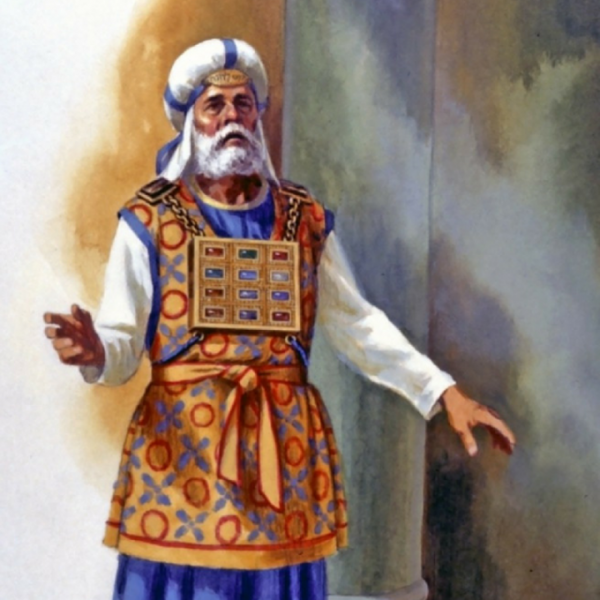 Each stone was paired with one of the names of the twelve tribes. One of the traditional pairings comes from Exodus 1:2-4, which mentions Joseph last, making him the pair for the twelfth stone, Jasper.

This association makes the symbolism that much more fascinating. Joseph was Jacob’s beloved son, who suffered greatly at the hands of his own brothers, but then through divine providence ended up saving them and the entire land from a devastating famine.

This account connects to the Christmas rosary for a couple of reasons. At Christmas, Jesus, the new High Priest, is born. He, like Joseph, is His Father’s beloved Son. He too will suffer at the hands of His own people, and then save both them and the entire land—the entire world—from the devastation of spending an eternity without God.

But there’s even more to the significance of Jasper!

Jasper in the Life of Christ

Jasper also appears in Christ’s childhood, in a slightly altered form. The book of Matthew details the travels of three Magi who came to adore Christ after His birth. Traditionally, one of them was named Gaspar, another version of the name "Jasper." 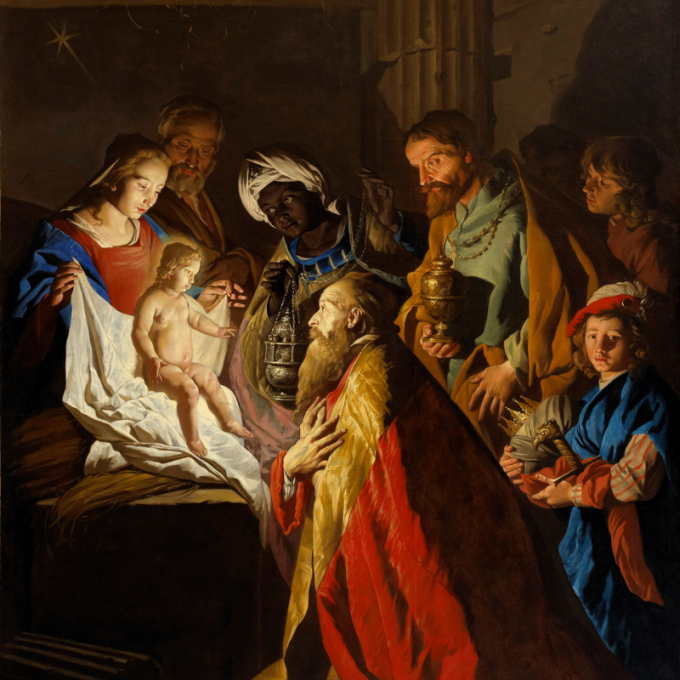 Adoration of the Magi by Matthias Stomer

In the Persian language, Jasper meant “treasurer.” How fitting that this king from the Far East would be able to treasure in his mind and heart an image of the face of God.

We, too, are Gaspar. We are holders of treasure in a far more intimate way than they who had the grace of gazing on Christ. Thanks to the Incarnation and the Institution of the Eucharist, we, 2,000 years later, can receive the Body, Blood, Soul and Divinity of Jesus into our very bodies and souls.

What a precious treasure indeed!

Finally, Jasper appears in the Book of Revelation. Revelation Chapter 21 describes the “New Jerusalem,” the Heavenly City which will come down at the Second Coming of Christ. The foundations of the walls of this city are inlaid with twelve types of precious stones.

Guess what type of stone is in the first foundation? Yes: Jasper!

When Christ came as a baby, to die for us and conquer death, He knew that He would come back for us, to bring us to everlasting happiness and glory with Him. While we contemplate the coming of Christ every Advent and Christmas, we should also use that time of preparation to look with faith and hope at Christ’s Second Coming.

Taking a Step Back

Wow. I don’t know about you, but as I sit here holding the Holy Family Christmas Rosary, I can’t help but look at it in awe in light of the incredible historical significance and biblical symbolism packed into a single strand of beads. 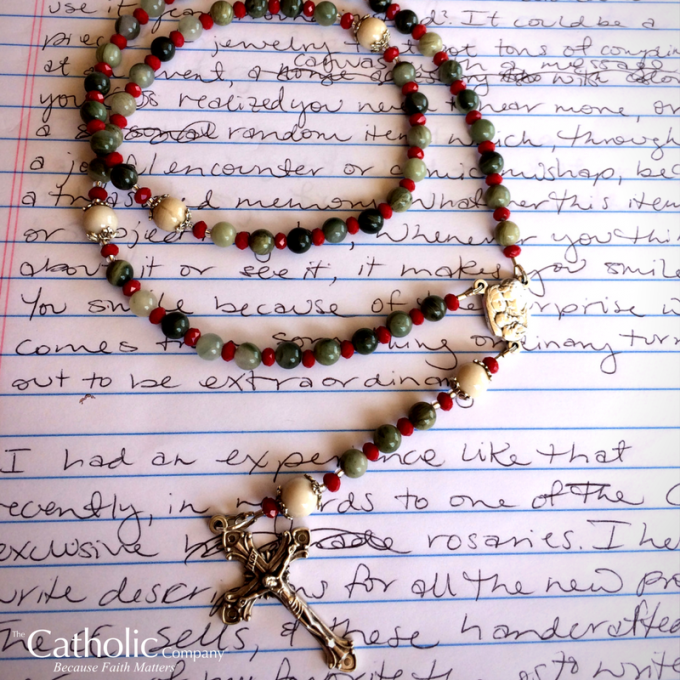 Sitting with my inspiration

I think it’s safe to say that all of these connections aren’t just meant for the Christmas season. They remind us of incredible realities that can serve as reflection points all year.

But Isn’t a Christmas Rosary Just for the Christmas Season?

Considering the unique background of this rosary, I’d like to share four possible ways to pray with a Christmas rosary:

Comment below to tell us how you use your Christmas Rosary and what graces you have received from praying with it! 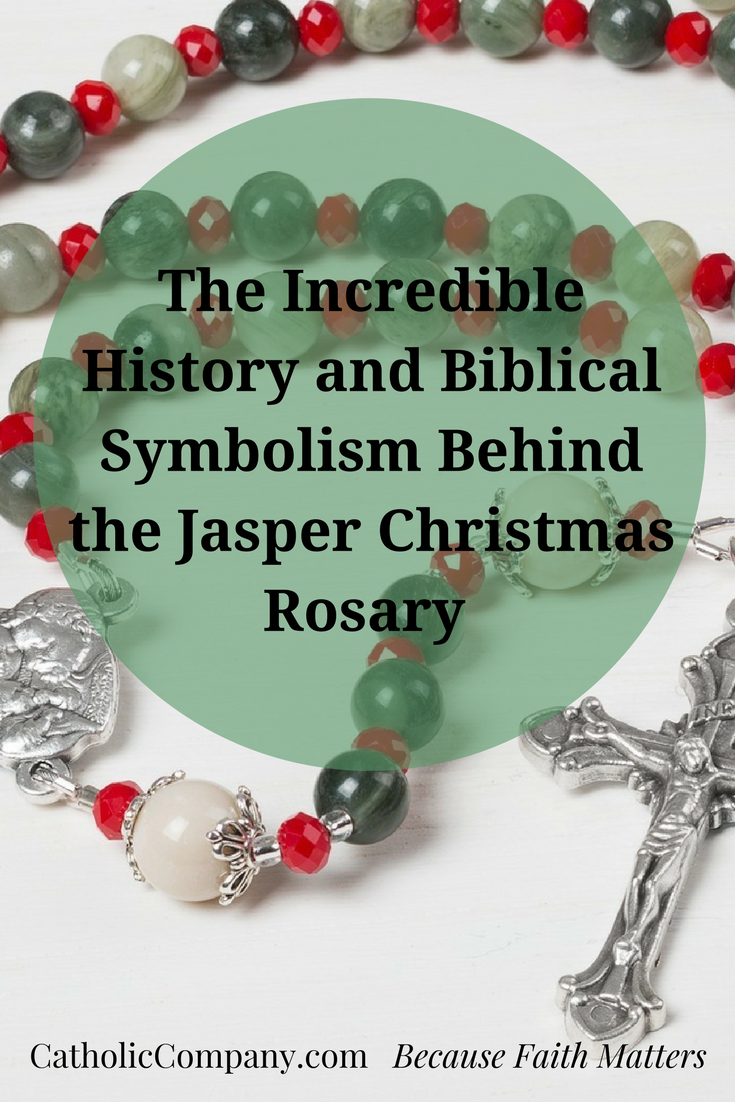