If you are a cradle Catholic sitting in the pew during the third, fourth, and fifth Sunday of Lent, and RCIA members join you at mass, you are present for "the Scrutinies", whether you realize it or not. What are they, and why are they important for all of us during this Lenten season of repentance and renewal?

The Scrutinies are three special rites that help prepare the Elect, those participating in the Rite of Christian Initiation of Adults (RCIA), to enter the Catholic Church. They take place during the period of RCIA formation known as  Purification and Enlightenment, near the end of their formation.

The season of Lent involves a more intense period of examination and preparation for the Elect, and hopefully for those of us already living the Catholic faith. Though they are meant for the RCIA Elect, the Scrutinies can help all Catholics seeking to live a life of continuous conversion.

The purpose of the Scrutinies is “to uncover, then heal all that is weak, defective, or sinful” in the hearts of the Elect and to “strengthen all that is upright, strong, and good.” (Quotes from Ritual Text for Rite of Christian Initiation for Adults, paragraph #141) 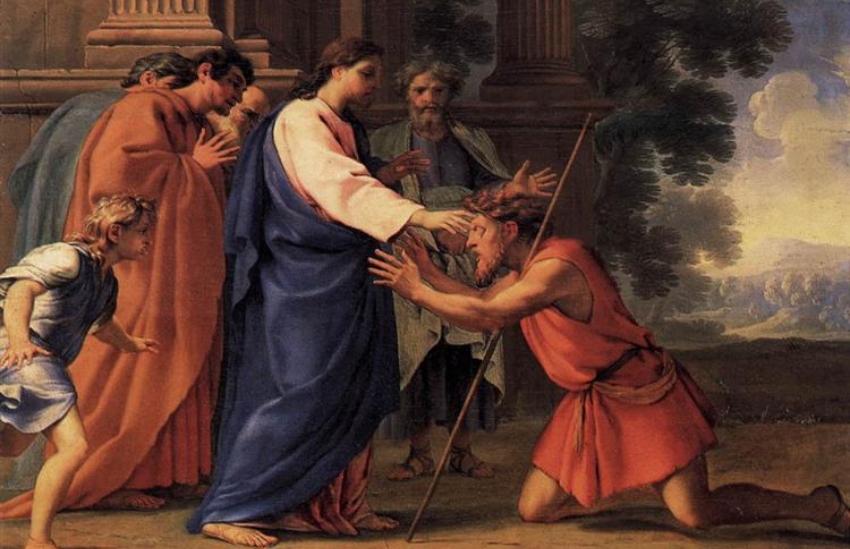 Though the word "scrutinize" sounds negative, even intimidating, its true meaning is simply "to see clearly or inspect closely." The Scrutinies are about seeing sin in its right aspect, and coming to understand the way we fall victim to it. They are also about the transformative healing possible for us through Christ, as He offers Himself to us.

Once we see sin for what it really is, and better understanding our own personal weaknesses, we can begin to exercise the freedom and liberation we have received through Jesus. With God's grace, we can turn away from the darkness of sin, reject disordered patterns, and step into the light. This is possible for us because we believe in the redemptive sacrifice of Christ, and we entrust ourselves to Him.

These are important foundational teachings for the Elect to understand and experience. During the three-week period of the Scrutinies, the Elect open the eyes of their souls, examine carefully how sin works in their lives, and make the deliberate choice to turn away from sin so they can step joyfully into the light of Christ at their Baptisms.

In fact, Baptism is so important as a special hallmark of our Christian identity that those Elect who already received a Trinitarian baptism in the past do not participate formally in the rites in the same way as the other RCIA Elect. 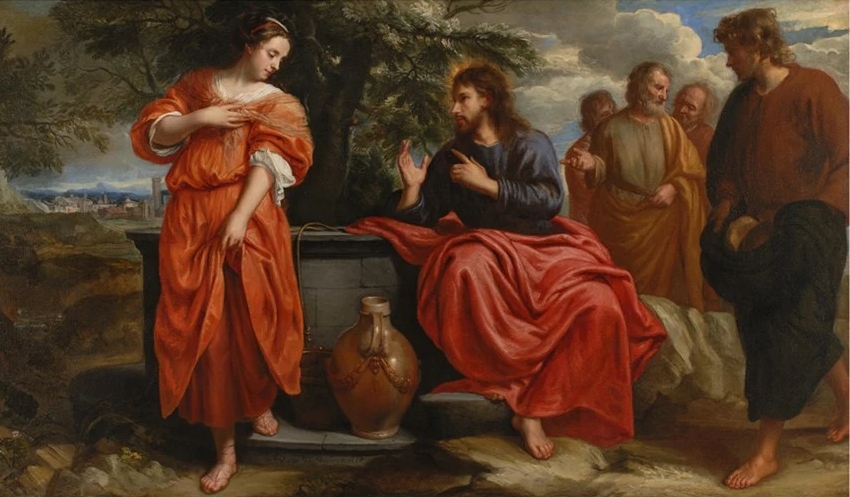 The Scrutinies are associated with three specific Gospel stories on the third, fourth, and fifth Sundays of Lent: 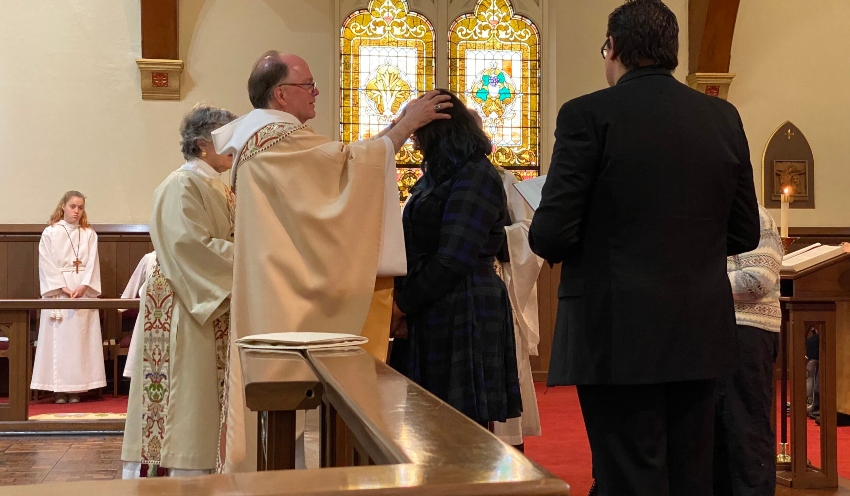 After the Gospel and Homily, the Elect and their Godparents come forward during each of the three weeks of the Scrutinies. The Celebrant addresses the whole assembly, asking us to pray for a spirit of repentance, an awareness of sin, and strength of will for the Elect. He prays for them as we pray for them. While this is happening, we can recognize the need to seek these same graces in prayer for our own continuous conversions.

The Priest then lays hands on each of the Elect individually, and he prays silently over them. Among other intentions, he prays an exorcism prayer, asking God to strengthen and protect them from temptation and deceit. We can use this time to pray silently for our brothers and sisters in Christ, and to ask that we not fall victim to temptation or deceit as we aspire to love God more deeply, and conform ourselves to Him. 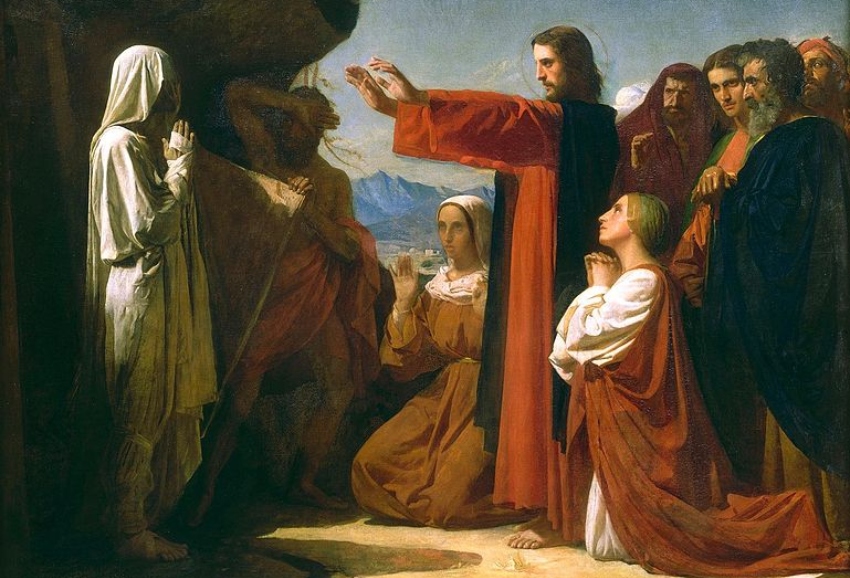 Why repeat the rite three times over the three-week period?

Most of us would not receive sufficient enlightenment about our sins in just one rite. We are frail, our human natures imperfect, and our hearts sinful. Many things prevent us from seeing our own sins clearly. Our awareness, and our conversion, must continue to deepen over time, so that our communion with Christ can also deepen.

The process of awareness, healing, and strengthening takes time and repeated prayer. The Ritual Text says the purpose of the Scrutinies is to uncover, heal, and then strengthen. Perhaps that is the symbolic reason behind the three weeks of Scrutinies.

During each of the Scrutinies, we witness the miracle of a radical encounter with Christ, who redeems in gentle love. This happens in the weekly Gospel story, and then in the encounter of the Elect with the Holy Spirit. We in the assembly are also invited to participate in the encounter, sharing in the miracle by offering our prayers.

Christ has liberated us; we are free to choose Him and not remain in darkness. 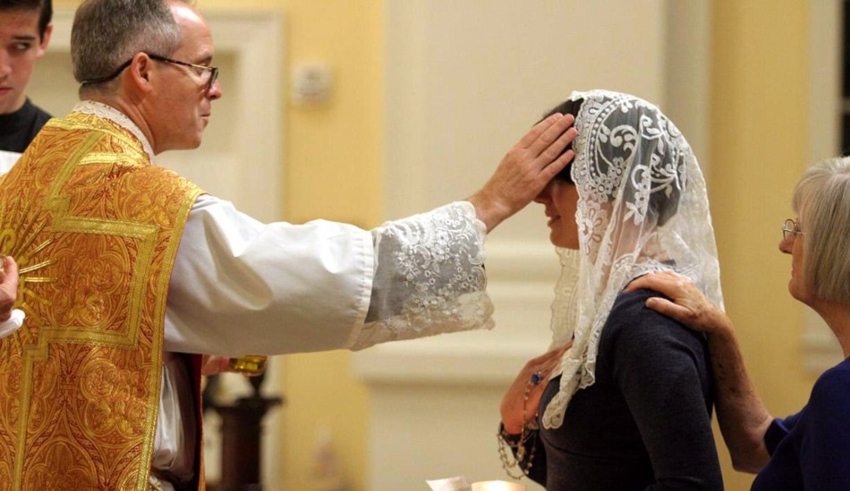 Invitations in the Scrutinies

During the Scrutinies this Lent, ask yourself: what is defective in my heart and soul that needs strengthening? Resolve to ask for God's healing grace, go to Confession, and work prayerfully on those areas of your spiritual life.

Join in the rite during Mass and participate fully, so that you too may enter into purification and enlightenment, and ready your heart for the joys of Easter.

May we all thirst for the Living Water Christ offered the Samaritan Woman at the well, have our spiritual sight restored by Him who is the Light of the World, and bear witness to new life in Christ like Lazarus, who received the Resurrection and the Life.