Love consists not in feeling great things
but in having a great detachment
and in suffering for the beloved.
—St. John of the Cross

St. John the Evangelist, whose feast day is December 27th, is known as "the disciple whom Jesus loved" or "beloved one."

Yet these were not the only nicknames for this disciple.  As one of the sons of Zebedee, Saint John and his brother, Saint James the Greater, were given the nickname "Sons of Thunder" by Christ Himself.  While we don't know exactly how they obtained this nickname, their boldness in Sacred Scripture might give clues as to why Jesus called them by it.

On one occasion, when the people in a village of Samaria rejected the message of Jesus, James and John wanted to call down fire from heaven on them (Luke 9:54). On another occasion, when Jesus spoke of His own impending death, and how He would be betrayed and handed over to the Gentiles to be mocked, spit upon, scourged, and killed, the brothers replied, “Teacher, we want You to do for us whatever we ask. . . Grant us that we may sit, one on Your right hand and the other on Your left, in Your glory” (Mark 10:35, 37 NKJV). This seems a strange and rather arrogant request from close disciples of Our Lord.

We know that the grace of God can transform people, and by the end of their lives, both James and John became known for something other than their fierce passion. James was the first apostle to be martyred and John will always be known and remembered as the only apostle who did not flee the scene of the crucifixion.

Yes, it was John the Beloved who kept vigil at the cross with the Blessed Virgin Mary. It was Saint John to whom Jesus confided the care of His mother from the cross: "John, behold your Mother...Woman, behold your son." 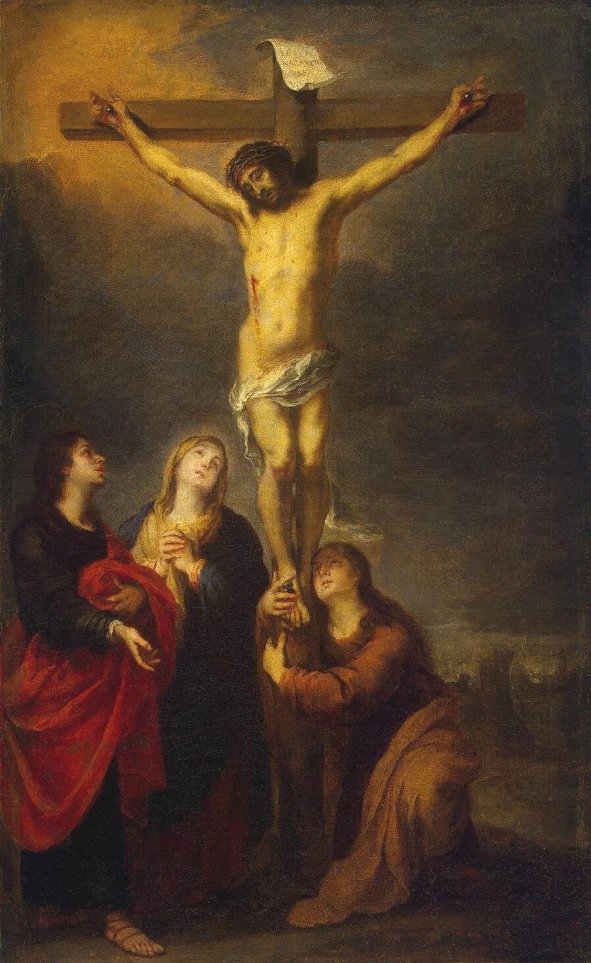 What three things in particular can we learn from Saint John, beloved disciple of Jesus?

First of all, he is a model of true friendship and devotion to Our Lord. From what is revealed in Sacred Scripture, we know that John was present at key events in Jesus’ life, including the Transfiguration, the Institution of the Eucharist, the Lord’s Crucifixion, and the discovery of the Resurrection. It is said that John "reclined at the bosom of the Lord" during the Last Supper. It was John who asked Christ who His betrayer would be.

We can also learn humility from Saint John. We glimpse this humility after the Resurrection. 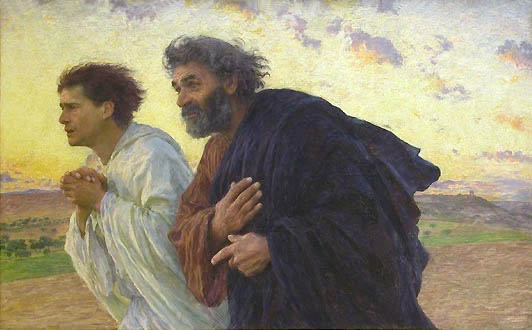 John was with Peter when Mary Magdalen came upon them after seeing the empty tomb.  Both John and Peter ran to the tomb, but John ran faster, for he was younger.  However, upon arriving at the tomb, John waited outside for Peter and then followed him into the empty room where Christ had been laid. It is clear that Saint John acted in humility and respect. He allowed Peter—whom Christ had chosen to be leader of the Apostles—to enter first.

Finally, we can learn a certain holy confidence from Saint John, for he was the first one to recognize the Risen Lord at Lake Tiberias:

After these things Jesus showed himself again to the disciples by the Sea of Tiberias; and he showed himself in this way. Gathered there together were Simon Peter, Thomas called the Twin, Nathanael of Cana in Galilee, the sons of Zebedee, and two others of his disciples. Simon Peter said to them, “I am going fishing.” They said to him, “We will go with you.” They went out and got into the boat, but that night they caught nothing.

Just after daybreak, Jesus stood on the beach; but the disciples did not know that it was Jesus. Jesus said to them, “Children, you have no fish, have you?” They answered him, “No.”  He said to them, “Cast the net to the right side of the boat, and you will find some.” So they cast it, and now they were not able to haul it in because there were so many fish. That disciple whom Jesus loved said to Peter, “It is the Lord!” When Simon Peter heard that it was the Lord, he put on some clothes, for he was naked, and jumped into the sea. But the other disciples came in the boat, dragging the net full of fish, for they were not far from the land, only about a hundred yards off.
—John 21:1-8

If we imagine snapshots being taken at certain moments in Christ's life, we could say without a doubt that in those pictures we would see Christ's friend and disciple, John, standing close by.

That is why, although there are many titles given to this saint, such as the "Apostle of Charity," "the Evangelist," and one of "the Sons of Thunder,"  the title that says the most about this friend of Jesus Christ is "Saint John, the one whom Jesus loved." It is under this title that Saint John is known as the patron saint of love, loyalty, and friendship.

Let us ask this saint to help us love the way he did. 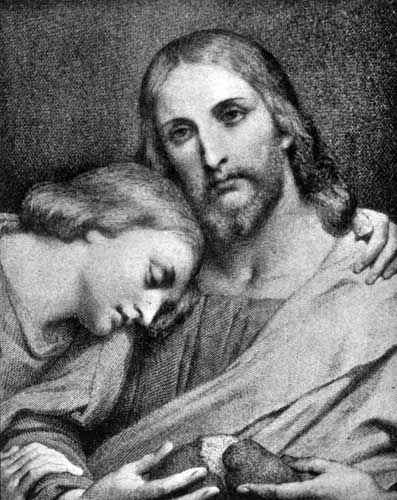 Prayer to Saint John the Beloved

O Glorious Saint John, you were so loved by Jesus that you merited to rest your head upon his breast, and to be left in His place as a son to Mary. Obtain for us an ardent love for Jesus and Mary. Let me be united with them now on earth and forever after in heaven. Amen. 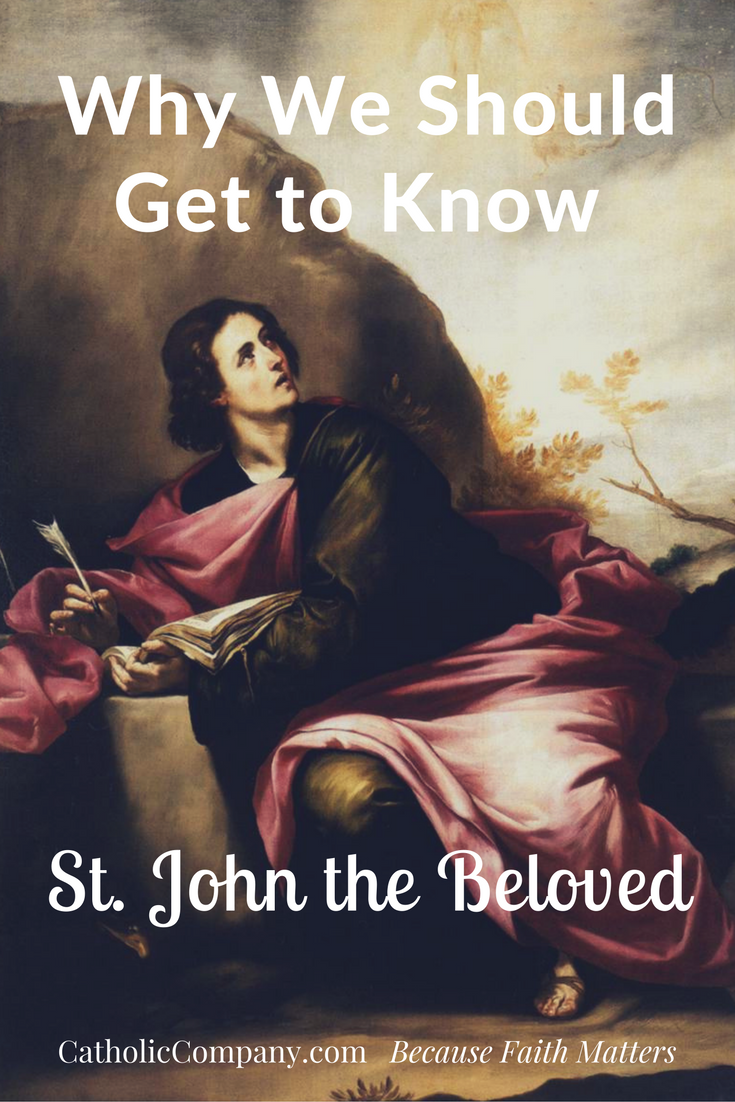