Saint Francis de Sales implored his flock not to be surprised when faced with temptations. In his Sermon on the First Sunday of Lent he said the following regarding temptations:  “We make a mistake if we assume that in this Christian walk we can avoid temptation.  Christ himself was tempted.  And although no temptation could penetrate Our Lord, nevertheless he faced it and revealed that in Him we can be victorious.”  Although he spoke those words in 1622, they are just as pertinent in 2018 and they should serve to teach us to lean on Our Lord when we ourselves are tempted.

Saint Francis de Sales explained that Christ did not seek temptation, but faced it when it presented itself.  We too, must arm ourselves with faith and thus prepare ourselves to choose against sin and weakness, but we should not allow ourselves to go out and seek it. He gave the examples of two Old Testament figures who faced temptation: David and Joseph.  David went looking for it.  By indulging in idleness and sloth and allowing them to become habits, David thus weakened his resolve and was ready to submit when he saw the beautiful and enticing Bathsheba:

“In contrast, young Prince Joseph, who was later viceroy of Egypt, did not seek temptation at all, and so upon meeting it he did not perish in it.  He had been sold by his brothers (into slavery) and his master’s wife exposed him to danger. Yet he had never indulged or heeded the amorous glances of his mistress; rather, he nobly resisted her advances and was victorious, thus triumphing not only over the temptation but also over her who had been the cause of it."

St. Francis, in this same sermon, explains that as Christians we know that we will be in the devil’s crosshairs, and we must act accordingly:

“Scripture makes it clear that we must prepare ourselves to face temptations.  Does it not implore this fact, ‘My son, when you come to serve God, prepare your soul for temptation’ (Sirach 2:1). The great apostle St. Paul, as soon as he had given himself to the divine service and ranged himself on the side of Christianity, was immediately tempted for the rest of his life.  (2 Cor. 12:17). While he was an enemy of God and persecuted the Christians he did not feel the attack of any temptation, or at least he has given no testimony to it in his writings. But he did when he was converted by Our Lord.”

It is true that we can become easily discouraged when we find ourselves sliding back in to sin or when we feel weak in faith.  Yet St. Francis de Sales suggests that we not despair even when we sin.  He says that “confession and penance render a man infinitely more honorable than sin renders him blamable” and that “the greater our misery, the more is the mercy of God glorified.” With this in mind, turn to God in confession frequently and surrender your future to the Providence of God.

It is not surprising that we still face temptations just as Joseph and David did, for such is the nature of the human condition, regardless of the times.  Let us resolve to be more like Joseph, preparing ourselves daily in the good habits of prayer and sacrifice so that we can remain strong when faced with temptation.  And when we do fall into sin, let us run back to Our Lord and rest in His Most Merciful Heart.

If we remember one thing:

Temptations will come.  Let us not be surprised when they do, rather let us put on the armor of prayer and sacrifice and build ourselves up lest we fall prey to the whims of the devil. 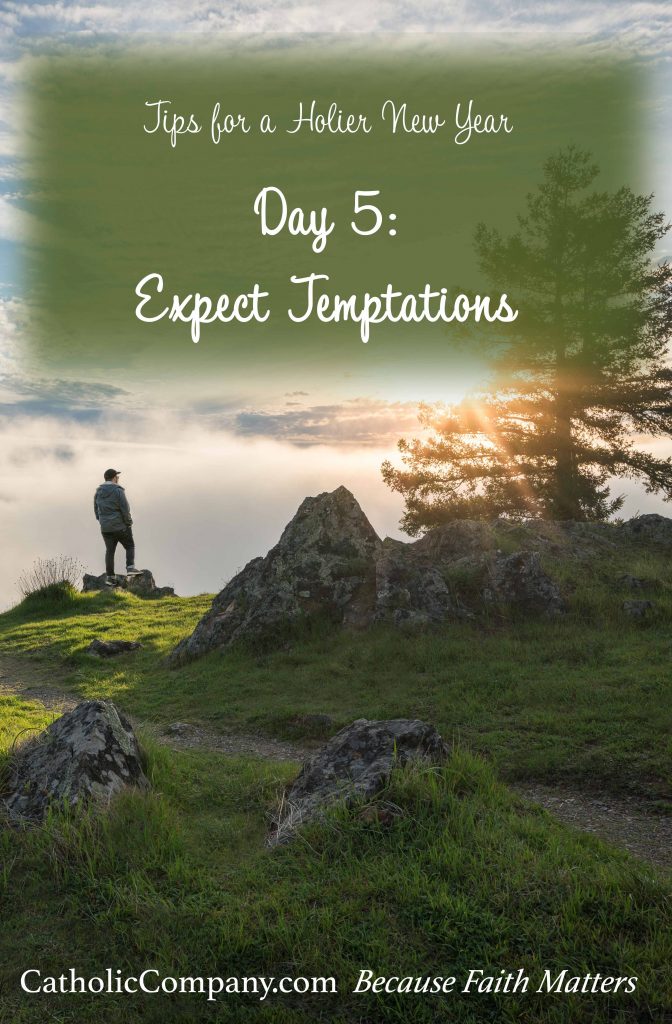