Who comes to your mind when asked, “Can you name ten Catholic authors?”  If you’re at all like me, then your mind probably goes straight to St. Thomas Aquinas, St. Thomas a Kempis, St. Ignatius Loyola, Blessed John Paul II, and other men who are probably dead, white, and European.  What about American Catholic Writers?

Here is my humble list of the top ten American Catholic authors: 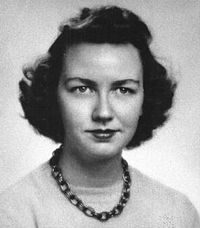 Flannery O’Connor is, in my humble opinion, one of the best short story writers to have ever lived.  If you have grown up Catholic and in the South, then you will find her stories extremely relevant.  She was born in 1925 and passed away in 1964.  During her life she wrote 2 novels, 32 short stories, and numerous reviews, commentaries, essays, etc.  Wise Blood is my favorite novel of hers and "Parker’s Back" is my favorite of her short stories.  If you love relevant characters, superb writing, and riveting stories, then Flannery O’Connor is perfect for you.  Fun fact: Every night she read St. Thomas Aquinas before she went to bed.

“All my stories are about the action of grace on a character who is not very willing to support it, but most people think of these stories as hard, hopeless and brutal.” 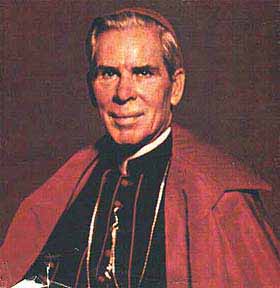 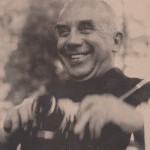 Although a bit controversial, Thomas Merton is the most famous American Catholic monastic writer to date.  He wrote more than 70 books on everything from pacifism to spirituality.  His autobiography The Seven Storey Mountain was a hit amongst men of all ages.  And he is very well-written as he studied at both Columbia and Cambridge University.

“A life is either all spiritual or not spiritual at all. No man can serve two masters. Your life is shaped by the end you live for. You are made in the image of what you desire.”

Walker Percy is perhaps the greatest American Catholic novelist.  At the same time he also wrote incredible works of nonfiction on semiotics and philosophy.  Walker Percy published his first novel, The Moviegoer, in 1961 and published his 6th and last in 1987, 3 years prior to his death.  My favorite work of his is The Last Gentleman, a novel about a young man struggling in existential crisis.  If you love well-written novels with deep characters, then you will love Walker Percy.

“You live in a deranged age, more deranged than usual, because in spite of great scientific and technological advances, man has not the faintest idea of who he is or what he is doing.”

In my opinion Peter Kreeft is the most phenomenal lay apologetic American Catholic writer.  He is not only a prolific writer, but also a prolific public speaker.  He has written over 100 books and has given thousands of lectures as a college professor. He currently teaches at Boston College and The King’s College, and as a public speaker.  Everything I have read of his has been phenomenal.  I especially loved his Catholic Christianity which essentially builds on The Catechism of the Catholic Church.  Dr. Peter Kreeft is also a convert to the Roman Catholic Church.  Shop Peter Kreeft books and more.

“What is God's Answer to Human Suffering? The answer must be someone, not just something. For the problem (suffering) is about someone (God—why does he... why doesn't he ...?) rather than just something. To question God's goodness is not just an intellectual experiment. It is rebellion or tears. It is a little child with tears in its eyes looking up at Daddy and weeping, "Why?" The hurt child needs not so much explanations as reassurances. And that is what we get: the reassurance of the Father in the person of Jesus, "he who has seen me has seen the Father" (Jn 14:9).”